The Combat Veteran’s 2021 Rendezvous Has a Name, Combat Wind Tour 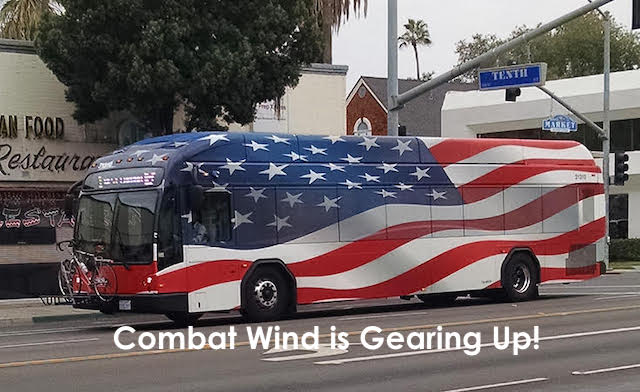 The Combat Wind Tour of Vietnam Veterans will begin and September 1, 2021, and travel a whirlwind schedule involving stopping and staying in 12 locations originating and ending in Milwaukee.

Each stop and stay has an Amtrak station, as well as a major airport.  It is going to be presented, advertised, and encouraged that many veterans join in along the way, either by car, truck, motorhome, air, or train.

This will allow a small core group to proceed in the motorhome, handing off some chores and responsibilities to other volunteers (cooking, parking, security, driving, and so on). Each stop/stay will have a host who has invited the Wind to their location and will be in charge of local placement and other needs and wants, from tables to tents to catering and more.  This is an extraordinary tour that will be podcast live throughout its entirety to people who want to join in at home while the vets on are on the road, the rail or in the air coming and going.  There will be no charges along the way, for anything, including food and drink unless vets seek libations and food at local establishments nearby at each stay/stop.  The only request we have in working to complete the planning and then implementation of this mission is your contributions ahead of time for those who want or feel that they can afford to help fund such a wild and strange endeavor.

Nothing like this tour has ever been done before, to our knowledge.

Not in this way.

Please send checks to James Strauss, 507 Broad Street, Lake Geneva, WI 53147.  We are not a 501 3c non-profit yet.  That may come later as we decide whether to make this an annual event or not, so you can’t deduct the money you might give on your taxes.

There is also a GoFundMe site: https://www.gofundme.com/f/cantuy-thirty-days-has-september.
We pay taxes on that money collected.

So far, we are about halfway there.  Anything you might want to do is going to be so appreciated by all of us.

This is a massive undertaking but the benefits could be extraordinary, especially as the media along the way comes aboard.

Arrive Milwaukee  when the Combat Wind gets there.