Arch Patton finds himself fired from the CIA in 1993 and is looking forward to a peaceful respite and write his first novel. Finding a PROMIS file shatters those plans and life becomes embroiled in cloak and dagger with a bunch of ‘misfits’ 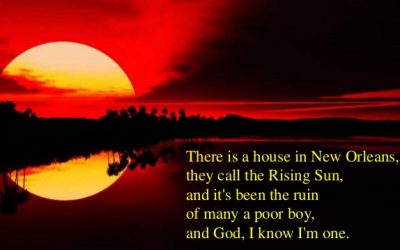 Arch was on the beach across from Hanalei, kicking sand, and listening to a small battery powered radio belt out House of the Rising Sun, when his life came apart at the seams. Fired from the CIA for cause, again. Unable to pay for the room……. 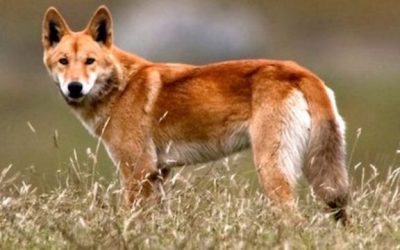 It wasn’t to be him or Arch Patton. It was only going to be him. Arch wasn’t a knuckle dragger and he’d never been one. You don’t fight a force of nature and when such a force materialized outside his room on the lanai the thing appeared… 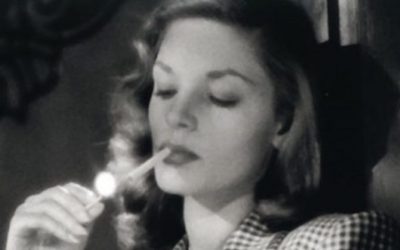 Arch searched the house. The dog paid close attention, but never moved from his sitting position in the small great room, as if his view of the sandy beach and pounding surf beyond was not to be surrendered. There was nobody in the house. 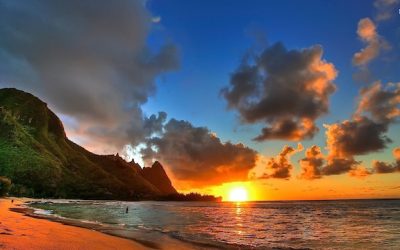 Arch slept deeply for the first time since the classified file had appeared out of nowhere to give him his life back but also to offer him death once again, in a life controlled by unaccountable serendipity. He awoke next to the woman who lay just like he’d left her many hours before, with Harpo the Dingo lying across her feet….. 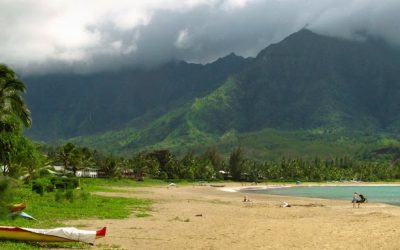 Arch waited, backing up slowly each time he was sucked toward the cloying grasp of a swelling wave about to break. He had to get it right. He picked up a slight ‘crumping’ sound that was different from what he’d been hearing, as the waves broke in front of him, one after another without let up 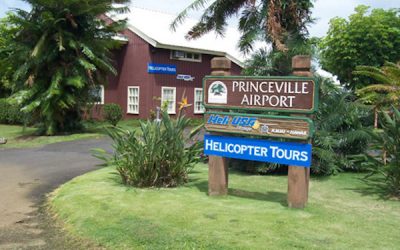 Somehow Amelia Earhart was a name that appeared to have some importance in Arch’s life. Once back inside Cynthia’s home Arch spread the file out so it could dry completely, and also to give him time to lay out a rough plan of escape from the island…. 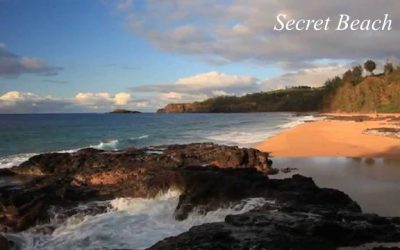 Arch was stuck trying to cross a stretch of dark beach with a woman and a dog, with his rental car about to explode behind them. The dog was not going to fit under the blanket, that was for sure. Time was of the essence….. 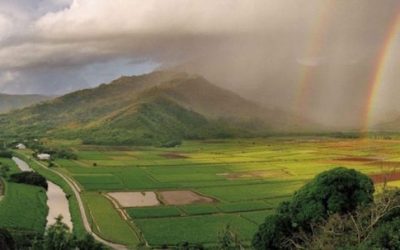 After the long climb up from Secrets Beach and arriving at the outer edge of the Princeville Resort parking lot, Arch took a few minutes to catch his breath. The sea beat up the dark cliff face from down below.. 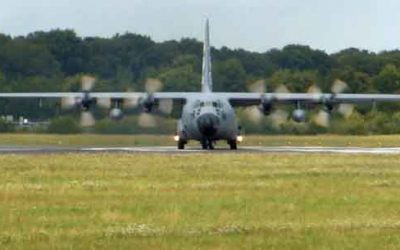 Arch Patton IT WAS 1993 Chapter Nine by James Strauss Arch awakened with a start that quickly turned into a demand that he pay attention to Harpo. The dog’s joy at being out for the night with Cynthia and Arch in the bush was as obvious as it was infectious. Dawn was... 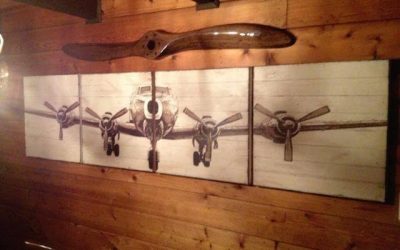 Atlantis led them down the stairs to the basement of the Princeville terminal building. The basement consisted of one long corridor with closed doors lining the walls on both sides. Mid-way down she opened one door and stood to allow them to pass. 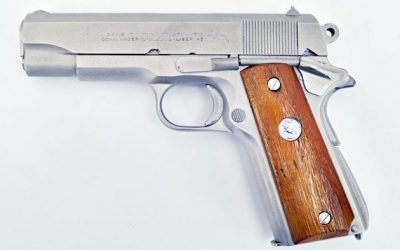 With fear and trepidation on his mind, Arch raced up the concrete and steel stairs to the entrance into Amelia Earhart’s Restaurant. Giving a large quantity of drugs to strangers wasn’t like slipping somebody a “Mickey” in an old mystery show on television…. 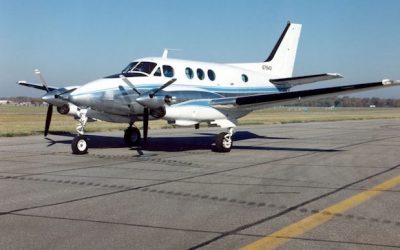 Arch stared down at the little radio he held in his hand. A team player at the other end had asked for a communications check, apparently from Ringo. Arch was being given a chance to hold the enemy off or blow the whole thing completely… 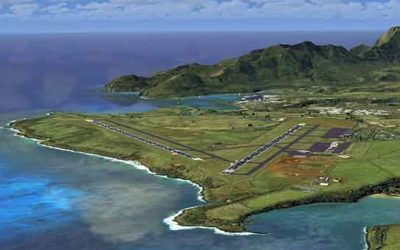 Arch had never flown the particular model of Beechcraft they would be inside. He knew, whether he flew the plane or not, he was about to once again endanger the only three beings on the planet who seemed to give a damn whether he lived or died. 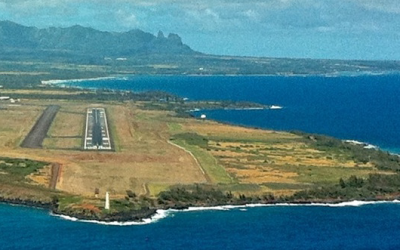 Arch Patton IT WAS 1993 Chapter Fourteen by James Strauss It was 1993, and Arch was flying a King Air over the island of Kauai. Cyn was laying across the unconscious pilot to help guide the plane while Arch tried to accustom himself to the controls (like figure out... 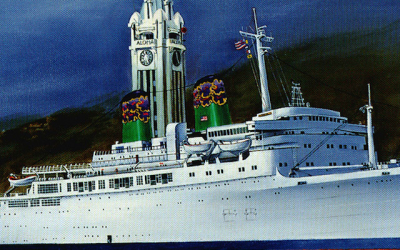 Lihue was a small town, and the airport even smaller, so Arch presumed that everyone noticed almost everything, but nobody did much of anything. Doug was popular in his way, or he wouldn’t still be flying…… 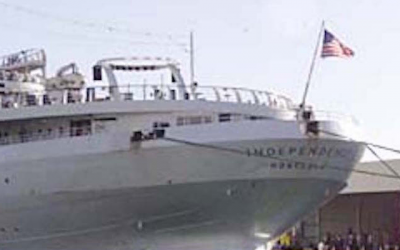 Arch knew that in order to get their small band of damaged souls on board the SS Independence, Doug needed to do exactly what he had said he might be able to do. So Arch and the pilot needed to head over to the dock to figure things out. Cyn wisely decided it would be best….. 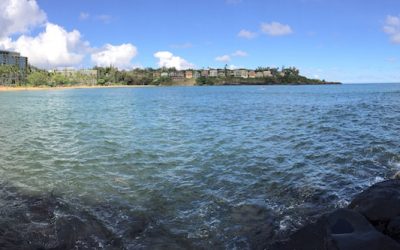 The elevator went several floors down. Harpo and Arch got off where they’d gotten on. There was nothing to do but wait. Arch walked Harpo back out through the opening they’d driven the van into. His message to Doug had been unclear….. 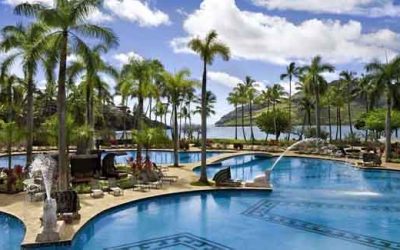 Arch Patton It Was 1993 Chapter Eighteen by James Strauss Arch was on hold for the 911 dispatcher, making the most unlikely call he'd ever made in his life. The wait was less than a minute. "Nine one one, what's the nature of your emergency?" the woman at the other... 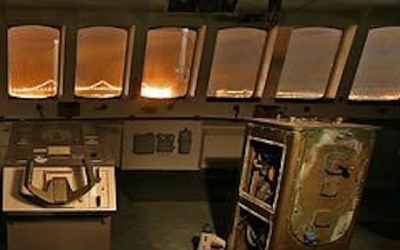 Harpo heard the police car before Arch did. His ears perked up and his muzzle pointed toward the only place the car could enter the pier dock area. A very slight mewl came out of his throat, which surprised Arch. What do you know, in his way the dingo could speak. “Got it,” Arch assured him, patting Harpo’s side….. 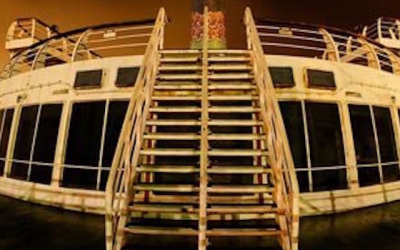 Arch Patton It Was 1993 Chapter 20 Arch was aboard the S.S. Independence, supposedly heading for the Island of Maui. Vibrations emanated up through the deck, as he made his way along a lower corridor to reach a stairway. He knew the smooth harbor sailing was about to... 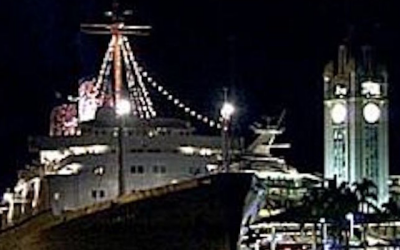 Arch Patton It Was 1993 Chapter 21 They all took off on their respective errands, the most important thing being to get them out of the cabin and immediately away from the German who was, by now, likely stalking them. It wasn’t until they were three decks up that Arch... 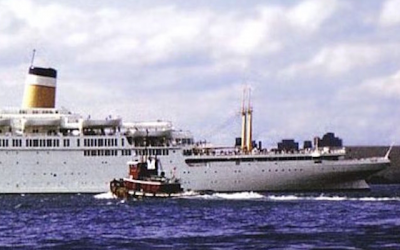 Arch Patton It Was 1993 Chapter 22 The pilot had wangled a small bolt cutter from somewhere. The advantage of the thing was how easy it was to conceal (being less than the length of a normal man’s arm), the disadvantage was in its diminished cutting capability. And... 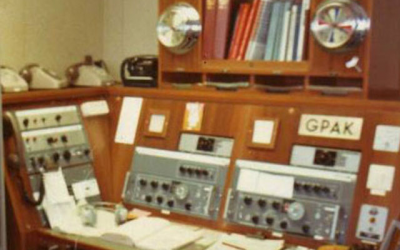 Arch Patton IT WAS 1993 Chapter 23 by James Strauss   The pilot moved all the electronic stuff that was built up against the bulkhead, and then plopped down in the German’s desk chair. That was followed by a loud crack as he dropped the small bolt cutter onto the desk... 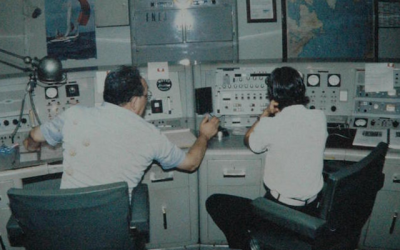 Arch tore the tape from the German’s mouth. The entire affair, since finding the top secret supposedly by surprise, had been one of risk. Risk to people. Still Cyn, Atlantis, the pilot and even the dingo had gone along, and they’d been at high risk, all of them…..