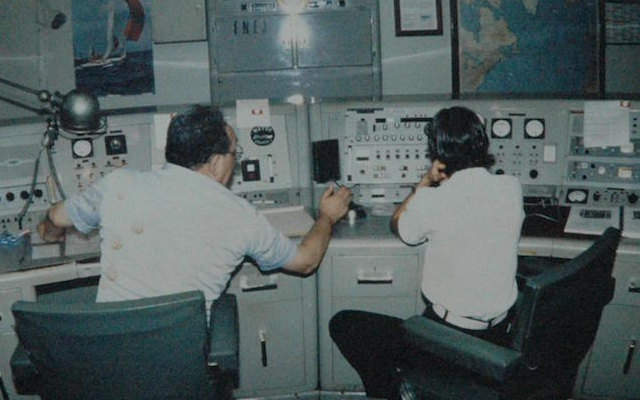 Arch tore the tape from the German’s mouth. The entire affair, since finding the top secret supposedly by surprise, had been one of risk. Risk to people. Still Cyn, Atlantis, the pilot and even the dingo had gone along, and they’d been at high risk, all of them. Yet he’d trusted each one. Ahi, the same thing. They were fast approaching Maui, although Arch knew the time would drag to make it seem like it was days away, even though it was only hours. They had to get ready, and they had to have a plan on how to reach the yacht basin across the isthmus of the island. There was no van waiting, however unlikely the last one had appeared. There was no plane or other conveyance. Not even bicycles. Was Terry Chow really over there with a boat that could make it all the way to Oahu in the rough seas? It was all about risk.

“What’s your name,” Arch asked the German, who’d remained stoic when the tape had been pulled painfully from his face.

“Herman,” the man said, rubbing one side of his face against the desk.

“As in Peewee or Goring?” Arch asked, waiting to take the man’s measure.

“Very funny,” Herman answered. “As in Hess, or at least I think that guy’s first name was Herman.”

“Untie me,” Herman requested. “I don’t really give a shit about what you may have done. I’ll help you get off the ship just to get rid of you. You cut all the damned wires. Jesus Christ, all you had to do was ask and I’d have turned everything off.”

Arch looked at the German carefully. He’d avoided giving his last name. The man was smart as a whip, but playing at a game he knew nothing about

“You’re playing checkers and the game is chess,” Arch said, feeling tired. “You don’t want to lose this one. You guess wrong, just once, and you don’t make it. Take a close look. You’re looking at desperation. The men chasing us are playing for keeps. You have to decide right here and now how you’re going to do this or we’re better off without you.”

“So, you’re some kind of spies, or maybe terrorists?” Herman said, peering around at the three of them. “You don’t look like either one.”

“You look tired,” Herman said. “You all look tired. You don’t look threatening but you took the shack. You don’t seem excited or upset or even scared.”

“You want a cigarette?” Arch asked.

“You’ve got smokes?” Herman replied, his eyebrows going up.

Arch said nothing. He remained unmoving at the side of the desk.

“Chess, cigarettes, and you don’t look like anything at all, certainly not violent or dangerous,” Herman considered.

“Okay, you win,” he said, finally. “You wanted me to be afraid, so you get your wish. I’m afraid. My last name’s French. Unlikely, I know. My wallets in my pocket. I have communications officer papers in there. In the top drawer of the desk is my master’s certificate from the Coast Guard. I didn’t think you were stowaways but your presence on board was all wrong. I was going to find out more, and then I found out you were staying in crew quarters below. An alarm went off in my head. I was coming to the shack to call ashore when that woman hit me.”

“Shish,” Herman said. “I don’t have a clue about the bulkhead composition. I made that up, but I do know you can’t get any radio reception in here unless the antenna extends outside. So, I lied but I also told the truth.”

“The accent that comes and goes,” Arch went on, maintaining his own stoic position and expression.

“For fun,” Herman answered, immediately. “Of course I speak German. To them. Half of them won’t speak English, not that they can’t. A bunch of analytical assholes. They think I’m a drunk, while they take their special drugs and crap up there on the bridge. I’m bored stiff. They’re bored stiff. The Filipino’s do their own thing below. Nobody goes down there or I’d have come looking for you. The passengers are fine, but mostly touring idiots and I get tired of the hundred questions all the time.”

“Hundred questions?” Cyn asked from behind the man.

“What elevation are we at?” Herman said.

Herman laughed. “You’re getting it. How long is the ship? How high. How fast does it go? How many life boats. What’s your sign?”

Arch smiled down at him for the first time, sitting on the chair at the desk.

“Untie him,” he instructed Cyn.

“You’re sure?” she answered, her tone questioning. When Arch didn’t answer, she began slowly stripping off the duct tape from the German’s wrists and then ankles.

“So, I passed,” Herman said, using his left hand to press the bandage against the top of his forehead. “What was it, the truth about the Faraday cage thing?”

“How did you know about the questions?” Herman asked.

“He knows everything,” Cyn replied, finishing her work.

“Except anything emotional,” Atlantis added. “About that he knows shit.”

Arch looked at her but she looked away. He wondered what she meant. Arch got up and walked over to Cyn’s canvas sack. He pulled out the tattered file.

“Read this, or a bit of it. A page or two ought to be enough. I presume you read English.” Arch handed the rolled up file to Herman.

“Very funny,” the German said. “A laugh a minute, this guy.” He took the file and sat at his desk, before Arch could reclaim their only chair.

Arch fidgeted while Herman read. The German made him uncomfortable. He didn’t act like a citizen. He didn’t act like prey. He seemed to have no interest in why they’d let him go, or what they might want. He should have been asking questions, one after another. But he didn’t, not a one.

The German read without looking up, flicking the pages about every forty-five seconds. His right index finger crossed and re-crossed the pages as he read.

Speed reading, Arch thought. Old fashioned speed reading, the style not taught anymore. Most people simply could not follow the moving finger fast enough to have more than a twenty or thirty percent comprehension. Sylvan speed reading, started in the seventies, and expensive with very mixed results. The agency brought it in but got rid of it a few months later declaring that even quality field agents, which he was not one, were too dumb to be able to learn it.

It took fifteen minutes before Herman looked up. At nothing. He stared at the far bulkhead. Arch was impressed. He was watching the man think. It was an uncommon experience. He liked the German even though he knew he should not. Arch looked at Atlantis. He liked her too, but not the same as Cyn. He’d seen Cyn naked. Arch had seen plenty of naked women, but he could not forget Cyn naked and that fact bothered him.

Harpo looked up, as if understanding that Arch was taking emotional inventory. Harpo’s look was questioning. Arch stared into his eyes. If a dog could smile Arch was sure that damned dingo was smiling. He’d eaten a hole right into Arch’s heart, and he knew it. Harpo put his head back down, satisfied.

“I need some tape,” Herman said, without looking away from the bulkhead. “I’ve got pliers in the desk. If we don’t have ship to shore telephone up right quick then we’re going to have visitors. And that file tells me that the visitors aren’t going to give a damn whether I’m with or against you. In fact, I’m kind of surprised this ship hasn’t been targeted.”

“You want to know what we want from you?” Arch asked, as Herman rummaged through the desk for equipment.

“You’re going to do what you have to do and I’m going to help you because I like living,” Herman replied. “I don’t care about politics, or at least I didn’t until I read that. None of the rest of it matters. You’ve got to remain undiscovered until we get to Maui. I presume you have something or somewhere to go there. My mission is to get you there, and then get as far from ground zero as I can.”

There was a slight tap against the outside of the hatch. Arch tapped back.

“Open the fucking door,” Doug yelled, no doubt with cupped hands against the iron of the hath.

Arch turned the wheel. The pilot sliced through the opening with his arms full.

“Idiots. I’m dealing with idiots. What, there was supposed to be some special knocking code? I could stand out there all night.”

The pilot stopped. Herman was hard at work pulling a cabinet from the wall where Doug had cut all the wires.

“I might have known,” he said, dumping his load on the desk next to the half-rolled document. “You know, if we ever get out of this, you really ought to go into selling real estate. What’s his job, submarine captain?”

“The Coast Guard called in and alerted the ship,” Arch said, almost laughing out loud at the pilot’s humor. “If we don’t have the ship to shore telephone online in short order our goose is cooked. They’ll know something’s wrong and that’s if they crew above doesn’t come down to check us out first.”

“Herman,” the German said over his shoulder.

“Booze,” Doug replied. “I brought some bottles from the Lido deck.”

He stepped over to the desk and pulled a telephone handset from a holder near the far side. He listened, pressing two buttons, one after another.

“You ready?” he said to Arch, holding the phone out.

“Ready for what?” Arch replied.

“We’ve got to call the Guard and let them know we had a communications glitch,” Herman said. “Everything’s fine. Passengers are counted and inventoried. Three hundred living souls, plus sixty-five crew.”

He held out the handset.

“Push the red button to talk and the black one to listen, unless you want the reply to come through the speaker.”

“You make the call,” Arch said.

“You sure,” Herman answered, still holding out the phone.

Arch didn’t answer. He just waited, not taking the handset.

The German pushed the red button. “S.S. Independence, Coast Guard,” he said, leaving out the ‘over’ normally used to separate two-way communications.

“IMO,” came back through the small speaker on the wall.

Then he proceeded to give them the message they’d been waiting for. He hung up the phone and turned.

“IMO number,” Arch said. “Every ship’s identifier. There’s no way I would have known that.”

“I’d have given it to you,” Herman said.