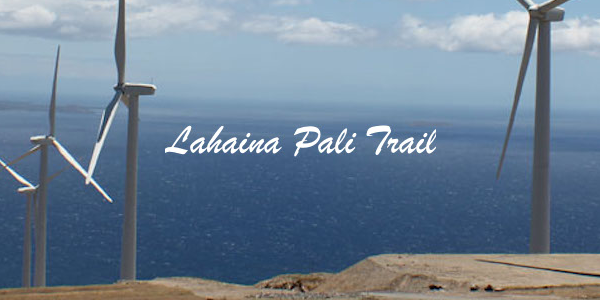 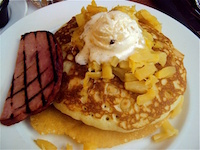 The first thing Arch noticed, again, were the clouds surrounding the very top of the mountain that was the center of the western lobe of the island. They were huge, slowly billowing, and beautiful in the morning light. Good signs for a rigorous hike.

“Let’s go back to the Sunrise café, for breakfast, for more ham and mac nut pancakes,” Atlantis said

They all moved as she directed. Once inside the place, Arch grabbed the only table that would hold all of them, in a corner back from the main entrance.

Lulu appeared quickly carrying a bunch of menus, thick coffee mugs and a round Bunn coffee pot.  She took the order, and was gone in an instant back around the corner she had appeared from.

Lulu made it a point again to ignore that Harpo was present and they finished eating, and then embarked on the Lahaina Pali Trail.

It wound out and up from the brush until they were hiking across almost bare volcanic rock. They hiked for two hours before taking a break.

“It’s not hot anymore, even though the sun’s higher in the sky,” Cyn remarked, taking some deep swigs from a bottle of Hawaiian spring water.

“By the time we get up to the first pass, between the two valleys, it’ll actually be kind of cold,” Atlantis replied, sitting down beside her and looking out over the stunning vista of the other lobe of the island and the deep blue sea all around it. “If it’s eighty down at sea level, then it’ll be about sixty up on top.

Doug pulled out a pack of cigarettes and lit one.

“You might want to wait on that,” Arch said to him, looking up toward where the giant wind turbines slowly spun on their axis. “We’ve got a way to go, and it’s about to get steeper.”

“Yeah, right,” Doug replied. “I saw John Belushi climbing the Sierra Nevada’s with a cigarette in his mouth all the way up.”

Arch looked down at the sitting man, watching him blow a puff of smoke into the wind.

Doug took the cigarette from his lips, looked up at Arch and then ground it out, laughing. “But that was a movie, I know. And this is too real.”

“Thanks,” Arch replied, unaccountably. Doug didn’t have to do anything Arch ordered or asked him to do, and while he never seemed happy doing it, he never failed to comply. “The real world, all right. We’re headed up and down into the marina where a cop on Kauai, who none of us really know, has a buddy who owns a fishing boat that’s going to take us to Oahu. The real world.”

“How long until we’re at the top?” Doug asked, looking over at Atlantis.

“Four hours, give or take,” she answered, “then a couple more to get across the valleys. But the important part we’re doing right now. The longer we take climbing the bare side of this mountain, the more likely it is we’ll be spotted. From down below anyone with binoculars can easily see us right now.”

Doug climbed to his feet. “Let’s go then. I don’t want some Apache helicopter to strafe me off the planet.”

At that very moment the sound of helicopter blades could be heard.    Arch twisted around before staring down at the rocks. Looking around for aircraft was generally ineffective. Listening for it was much more effective. After about ten seconds he looked up and out toward the open ocean, where he immediately saw a black dot getting bigger all the time.

“No,” Arch countermanded. “Stand and wave. If we’re laying down at this time of the morning, it’ll look suspicious. We’re tourists. We act like tourists.” Arch began waving at the approaching chopper.

“What if it’s them?” Doug asked, rising to his feet again.

“Then it doesn’t matter” Cyn said. “If it’s them we’re done, but I don’t think so. What kind of helicopter is that?”

“Robinson R22,” Doug said. “And it’s not them. No government agent would risk his life in one of those contraptions. Piston powered. Engine quits and you die. Tip too hard and you die. And so on…” he continued. 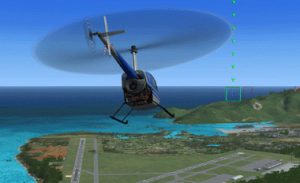 The chopper flew by with the single passenger waving out the right side of the open aircraft. The chopper headed for the top of the mountain, eventually disappearing over the summit.

They climbed on into the afternoon, reaching the concrete platforms which were the monster metal foundations of the giant wind rotors. Atlantis steered them around the razor wire topped chain link fence which surrounding the field.

“Video and touch sensors,” she said, pointing toward some low poles that had obvious video cameras mounted atop them. “Set off any of those alarms and the TSA will be up here faster than the guys chasing us. If they’re still chasing us.”

“They don’t give up that easy,” Arch said.

They climbed on, not taking a break until they reached the first line of thick forest. The sun was well past high overhead. They stopped just inside the tree line.

“Shade, thank God,” Doug breathed out, laying down and using his pack for a pillow.

“Your comment back there,” Atlantis said to Arch. “If they don’t give up that easy and they were waiting for the Independence when it docked, then they must have questioned people aboard the ship, so where the hell are they?”

Arch sat looking out and down toward the ocean, his back against a bare pine trunk, considering the good sense of Atlantis’ question. They should have been the subject of a substantial manhunt. Even if they were not thought to be up on the mountain, the slope and summit would have had to be ruled out in any kind of thorough search. Arch’s eyes swept slowly back and forth across the ocean and then the shore.

‘They’re not searching at all,” he finally commented, pointing out and down with his right index finger.

“They’re waiting,” he said, after a few seconds, lowering his finger. “So much more efficient. So much less noticeable.”

Harpo sat down next to him and stared out, as if he knew what Arch meant. The others moved closer to look and see what Arch had seen.

A boat bobbed very slowly in the far distance, off the coast. The harbor’s curved shape could be seen from where they were. The boat sat just outside the center where the open ocean began.

“What kind of boat is that?” Atlantis asked.

“Coast Guard, most probably.” Arch answered. “It looks like a seven-meter. Two three hundred horse motors. It’s got the range to make it all the way to Oahu, and can sit offshore for days without coming in.”

“What in hell does that mean?” Doug asked, standing to move forward.

Arch grabbed the man’s pant leg. “They’ve for sure got great binoculars, and they’re probably bored to death.

Doug stepped back into the trees.

“Do they know we’re trying to get on a fishing boat?” Cyn asked, her voice showing worry for the first time since they’d been back at the airport on Kauai.

“So, the conclusion is?” Atlantis asked.

“They thought it through,” Arch responded. “There’s only three ways off this island. The airport, the Independence and the private fishing port. They simply moved on to redouble their efforts on Kauai, or to head on into Oahu to wait. They left security behind. Gotta be.”

“So what do we do now?” Doug asked. “We’re stuck up here on a mountain top, and we certainly can’t stay here forever. There’s no booze.”

“We hold up and finish this hike in the morning,” Arch replied. “Then we go on down and let Terry Chow figure it out. He’s local and a fisherman, and as he’s a fisherman he’s also a smuggler.”

Cyn laughed first, and then they all joined in. “Oh, nothing much. Maybe a couple of tons of marijuana a week. Niihau shells stolen from that island. Forbidden fish for the Japanese market. Just a few items like that, here and there.”

The sun took a long time to fall to the horizon. They all sat up together. When night came it grew colder, but the wind did not abate. After some thought, Arch lit a small fire. It was something any group of tourists illegally camping on the mountain might do. If he stepped away and moved down the line of the forest, he could see the boat’s little twinkling lights just beyond the harbor.

Arch went back and lay down next to Cyn. Harpo laid down between them. In the flickering firelight the dingo looked stealthily between the two of them. Back and forth. Back and forth. Arch looked at Harpo out of slitted eyes. Matchmaking. He would bet every dollar he didn’t have that the dingo was trying to get them together. Arch moved his collection of canvas and blanket a few inches closer to Cyn’s side. Harpo lay down closing his eyes, the sides of his body now able to touch both of them.