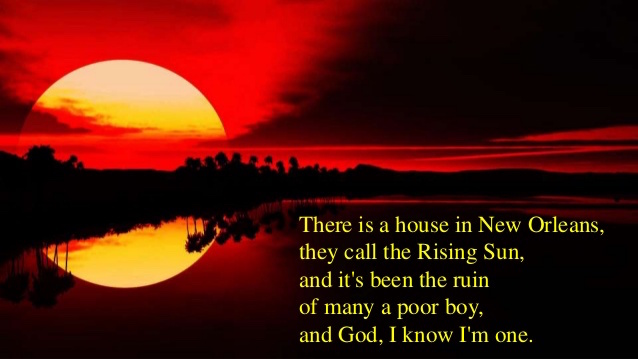 Arch was on the beach across from Hanalei, kicking sand, and listening to a small battery powered radio belt out House of the Rising Sun, when his life came apart at the seams. Fired from the CIA for cause, again. Unable to pay for the room he was in at the Hanalei Resort and scared the old German who owned the place would find out the check getting him in was bad before nightfall. No credit cards. No cash. Blowing wind and uncommon blustery sky and surf. Down a one-way road in life that dead-ended right there. He looked up past some sand plants to see a house with its glass windows gaping open. He walked up a narrow path and stepped through one of the windows.   Huge green drapes were blasting out all over the place. He stepped in to help out. He stepped in to close the damned window and be on his way. He stepped in and saw a classified file sitting alone on top of a coffee table. That could not happen in real life. It would have been better to see a UFO or a real Zombie. He should never ever have walked over to see whether the document was real or not. Never ever. The bottom of the pit in his barren life went downward when he did.

Arch was trying to write his first novel about success when he was coming down one side of life’s precipice called utter failure. The haven that is Hawaii, a far-flung island getaway. Pre-9/11, when you could still run. Even from them, for a while. Writing away out of life’s hole deeper than any depression. Lie because there was no truth. Nobody to tell the truth to, if there was any. Truth, like leprosy, because anyone foolish enough to internalize it would slowly begin to have parts of mind and body fall off. No sharing of such disaster. The opposite of selfishness when selfishness would so have served to at least get through one night, instead of Bacardi rum with a can of sliced pineapple chaser. Rum robbed from under the bar over at Charro’s place next door, allowed only because of her ridiculously misplaced trust. Arch wrote in the room diary, left there by the strange German owner, because no novel can ever be held together with rum. He would have to sober up to write and that wasn’t happening. Arch knew he’d have to come back for the diary just because of what he was putting in it, but that would be later, if there was to be a later. The strains of the song House of the Rising Sun played again. More pineapple. He’d kept the Top Secret file stolen from the blowing drape house. It lay there atop his chest, spattered with fruit juice and rum. Somebody would be coming. Somebody would have to come. Arch needed someone to come.

The room’s diary demanded truth or the best he could do. So he gave it what it seemed to demand. He wrote into the night, waiting for whoever was not coming, or was coming, because if someone wasn’t coming then something was.

Mission Impossibles had been his game, one after another, except without the great companions, the experts, the money, the toys or even care pouring in behind to get them done or recover from the doing. There had been a grim expectation that he’d find a way, because Arch was all of that. A way finder. Nothing macho. Studied cowardice and applied deceit were better more survivable tools. The very small icepick under a wonderfully targeted occipital of life. Oh, a partner all right, for the supposed adventures. It is never the same partner, because no partner would ever work with Arch more than once.

House of the Rising Sun kept coming back over the little radio, as if played by some Wolfman Jack kind of deejay who didn’t speak. Arch identified with the drunken, trunk traveling and sick gambling father in the lyrics, instead of the poor kid the song was really about. He dozed into a semi-stasis of jungle-driven sleep, his eyes like cat-eyes, half open, blurred only by large amounts of sliced pineapple and rum. Waiting for whoever or whatever was coming, while writing for the German.

He continued to wake and write in the house diary into the night.

How could humans do that to other humans, the things he’d had to do? How could those with that kind of power use that power to kill and eat their own? How was it that one can be trained to such a fine honed point to do violent things for grand causes and then have the causes dissolve in front of you? How could all his missions be discounted and swept away like they were and meant nothing?

Arch’s life had become all the things he did not do, had not done, could not have done. All the things the truth could not be told about to anyone, ever.

He wrote that truth into the damned diary because the diary could lose all the leper parts it had and nobody would give a tinker’s damn, or believe it was in any way real. He wrote that life didn’t suck, but humans living in and controlling it sure as hell did, for the most part, and the parts that didn’t suck were off limits to him.

What was he going to be in a world so embalmed in boring mediocre survival movements that drinking Drano would be as palliative and welcome a beverage as Hemlock, compared to the awful life he’d had? Awful but totally alive.

What could he be? A Barnes and Noble retail clerk? Maybe a motorcycle mechanic? How about an adjunct professor of nothing, using one of his fake identities supported by real records and credentials? Or would they come at all for the Top Secret document, as real as the tropical rain pounding down on the roof, the acrid burning of the remaining rum going down, and the tinny taste of the final pineapple slices?

Would they come? Arch lay there without much awareness but deep in thought. Nobody would come until very deep in the night. Technology owned the night. Players used the highest and most expensive technology and a player had to be involved. Regular citizens, even police or military, did not act so stupidity as to remove Top Secret stuff from a registered publications custodial facility, like had gone missing from one obviously nearby. Secret stuff, maybe. More likely, the player had tons of authority, not to over-ride security protocols, but to get away with getting caught if he was caught doing it. Yes, he would be coming and he would be a he. If the file had been left as bait, then it was the most obscurely placed bait any agent had ever placed. No, it wasn’t bait. Just more bad fortune. If the player was a player of high caliber then he’d figure it out, figure me out, and quickly come to know where Arch was. The top secret file remained on my chest unread. Nothing in the file mattered if I didn’t survive the coming encounter. Awareness returned. He would be come after dark. Long after dark. Getting sober would be hard. Bothering to be sober, even harder.

There was only getting sick not really getting sober. Arch went from a functional sick to a not-so-noisy-sick state. The player was coming in the night and it was night. The player could see in the dark and Arch was dark in every way. There was no waiting for the nocturnal beast, not in a staked and waiting to be found place. The bushes in the sand just down from the lanai would have to do. Patton could not go far in his state. The rain came down hard, surf spindrift added to it by filtering through the many leaves. Huddling in damp sand under wet bushes was miserable as hell but there was nothing to be done for it. Being sick inside the bushes helped only because any discomfort at all was a distraction from the conditions he was in.

The player would be dressed, cool, elegant, and surgically equipped. He would not be a mudder. His house had not been a mudder kind of house, only his gaping drapes left flapping to denote his power to ignore the rest of humanity on this earth. The file was stuck in Arch’s pants, shoved down his front. So it got wet? So what? The file itself was a reason to die. Maybe what was in it was a reason to live. With that thought on his mind Arch watched him come to the Hanalei Resort.

His old cheap electric Rolex told him it was three. He looked up and the man appeared. Invisibly dark against the surf spume, like a black hole you can only see around the edges of. The man was too tall. He was too thin. Too fluid. Everything Arch wasn’t and probably not the least bit sick, lost, fired, dumped, hiding or any of those. They only one thing in common. They were both alone. The man went right through the double glass doors Arch had left open for him, like his own. A fair exchange of unwelcome entry. The man went in like some movie wraith. Arch was gone. The file was gone. But the German’s diary was setting open on the table, waiting for him. A primer. A message, if such a dedicated predator could understand the teaching message. “Come my pretty.” “Come unto me.” “I have nothing.” “You are something.” “I may have you.” “Come my pretty.”