I mention it in the episode of Thirty Days Has September, Second Night Second Part

Chickenman is an American radio series, created by Dick Orkin, that spoofs comic book heroes, inspired by the mid-60s Batman TV series. The series was created in 1966 on Chicago radio station WCFL, and was then syndicated widely, notably on Armed Forces Radio during the Vietnam War.

When posted on Facebook it generated memories for many readers, so I dug into some archives I accumulated over the years.

What did Chickenman mean to soldiers in Vietnam?

To get an idea, check out this comment from a Vietnam war soldier “Jack” on one of the episodes posted above:

One night on hill 37, I was on perimeter bunker duty and we had some small radios that were only good for talking from bunker to bunker since they only reached a couple hundred yards at best. They were two part radios that clipped onto your helmet. I do not remember what they were called… PRC-99 maybe… anyhow I had just got on duty and everyone was talking on those radios imitating Chicken Man. There was continuous chatter using their best Chicken Man voices and lots of Baak Baak Baak! I heard someone behind me and turned and was surprised to see the Battalion Commander walking up. I saluted and reported my post. He started talking asking general questions.. where I was from and such… Anyhow the whole time that little radio was going loud with the Chicken Man imitations… Finally the LtCol picked up the transmitter part of the radio and said “This is the battalion 6 actual, knock off all this unauthorized chatter!” The radio went silent for about 10 seconds and then a Chicken Man voice came on and said “Roger Commissioner, over and out!” I had to bite my lip to hold back laughing… The LtCol just smiled and said carry on and walked away into the night. About 5 minutes later I think every SNCO and Officer on the hill was out checking posts and wanting to know who said that… Of course I had the best alibi there was! 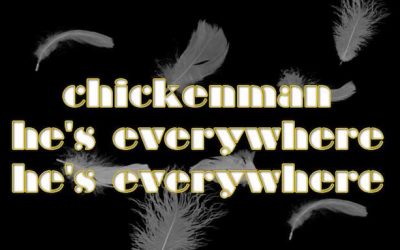 In my series, Thirty Days Has September, the radio program Chickenman was brought to mind. Armed Forces Radio provided our troops, in the Vietnam War, the 'opportunity" to listen to this inane and entertaining Radio series created by the genius of Dick Orkin Here are... 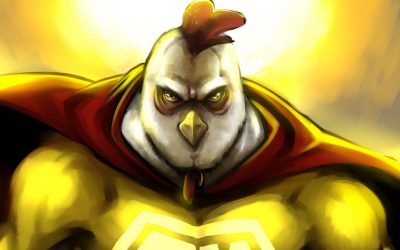 Welcome back! According to our Facebook Page comments there is a real Chickenman Fan club out there. Radio did a lot to spark the imagination of listeners. Something we may be missing as a culture today? Don't Touch your Dial Click on Arrows below  Introduction [audio... 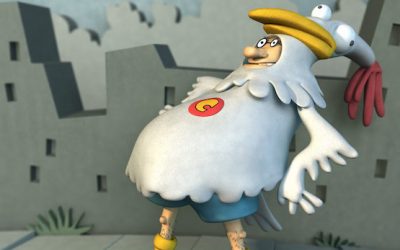 The White Winged Warrior continues his crusade to be the number one crime fighter in Midland. Chickenman (aka Benton Harbor) would probably would have more success without his mother and the chief of Police. Episode 9 The Feathered Fighter Flaps his wings Furiously... 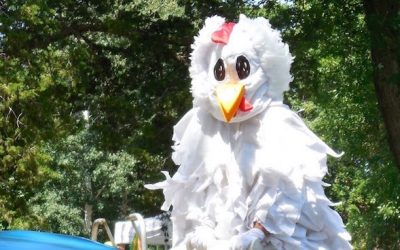 Four more episodes of Chickenman, the Fearless Feathered Fighter of Felons. Chickenman radio shows were welcomed and put a smile on many weary Marines and other service personnel in the Vietnam War, through Armed Forces Radio Enjoy the fun and please comment below and... 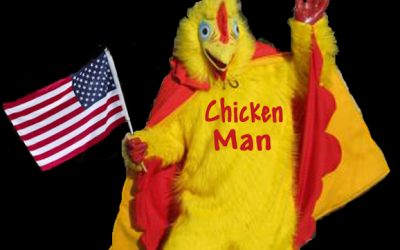 Well, I found a few more fabulous Chickenman Episodes to share with you. Enjoy the fun and please comment below and share your reactions to Chickenman Episode 17 finds our fearless fantastic fowl questioning Miss Helfinger about the validity of the commissioner's...