Is This Land Your Land……. 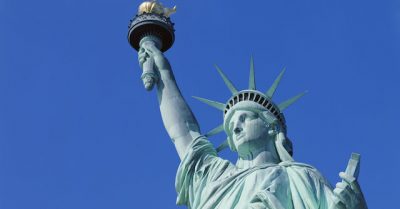 THIS LAND IS YOUR LAND

This is not an article about choosing the right to die, or anything to do with that issue. No, this article is all about some people hastening other people’s death, without their permission, by deliberately denying them quality medical care, and lying about that denial and the medical care delivery system. This is an American freedom issue. Other developed countries of the world provide free medical care as a foundational element of citizenship.

Because of my own military service in the Marine Corps, and then working a bit for the CIA, I get free medical and dental expenses paid for life. I'm not in the game, so to speak. Oh, I qualify for, and pay for, both parts of Medicare too, but that is just paperwork whenever I go in for care. It's hard for me to imagine that their health is not the first, or at least primary thing on most everyone’s mind when they go to see a medical person, or to a medical facility. The majority of the time, money is the second thing on most people’s mind. Who is going to pay for their treatment, no matter how vital or important? Are they going to get the treatment at all? How can that be?

How has that come to be in a country that is so “throw-away” wealthy that it’s almost impossible to comprehend how wealthy it is compared to the rest of the world? Canada has a population and economy smaller than that of California, but provides full medical care for all of its citizens. And now, some people who will not be effected by any of what they are doing, are meeting ‘in secret’ to decide what medical care the rest of the nation (mostly) will be getting? Why isn't this a bigger deal? Why are people not rioting in the streets? 23 million people are about to be dumped into a 'used up bin' where fear pervades everything they do, not just for them, but for their families? And that's going to just be quietly accepted? What happened to the internal fiber of this country?

Have you really looked at the representatives and senators of this country on television? Turn down the volume and simply just look at them. If you do that, can you not see what they are? And I mean almost every one of them! Do the same for the White House people. It's all right there in front of you, unless you have just become totally suffused by the verbal garbage and the running scroll at the bottom of the screen. Realize something. This great America is not divided by party, religion, sexual orientation or any identifying characteristics. It's totally divided by an individual’s ability to do anything. Nobody does anything. And the comment coming from everyone if asked is the same: "I don't know what to do." Is that what the lead piping has done in our water system has done?

I was raised into adulthood with the following sonnet resonating through my mind. When I traveled to New York for the first time and went to see the Statue of Liberty in 1959 I was able to read the sonnet as it was laid down in a bronze plaque attached to the pedestal on that Statue of Liberty. The sonnet was written by a woman named Emma Lazarus in the 1800’s, and chosen for its merit and a good measure of truth:

Not like the brazen giant of Greek fame,
With conquering limbs astride from land to land;
Here at our sea-washed, sunset gates shall stand
A mighty woman with a torch, whose flame
Is the imprisoned lightning, and her name
Mother of Exiles. From her beacon-hand
Glows world-wide welcome; her mild eyes command
The air-bridged harbor that twin cities frame.
“Keep, ancient lands, your storied pomp!” cries she with silent lips.
“Give me your tired, your poor,
Your huddled masses yearning to breathe free,
The wretched refuse of your teeming shore.
Send these, the homeless, tempest-tossed to me,
I lift my lamp beside the golden door!”

I was moved by the words in this sonnet when I was child. I am still moved by them. The lines: “Give me your tired, your poor, your huddled masses yearning to breathe free, the wretched refuse of your teeming shore,” still make me stand more erect, and feel more like an American when I hear or read them. Woodie Guthrie wrote about this land being our land, and his words in those lyrics make me feel the same way. “As I went walking I saw a sign there, and on that sign it said “No Trespassing,” but on the other side it didn’t say nothing. That sign was made for you and me.”

There is absolutely no question that since back then whatever direction the country was headed in when the Statue of Liberty went up to overlook New York harbor, that America seems to have changed. The question every reader of this article should consider is; “Is this really still the way we believe as a country?” Do we, as citizens, want to leave that bronze plaque up there on the base of that statue, or do we want to remove it and put up a sign that basically says we don’t want new people coming to our land, especially those in need, and the ones who live here below a certain financial threshold can stay, but risk becoming unwelcome. The President of the United States of America, Donald Trump, stated the country’s new attitude toward almost all its’ citizens by saying “…I love all people, rich or poor, but in those particular positions I just don’t want a poor person.” Donald Trump who made a fortune (and is therefore not a poor person), by inheriting one. Is having and holding stuff left to you by a relative becoming the standard of who America really belongs to? With the apparent lack of concern and action by the general public in response to the seemingly selfish, isolationist developing identity of the country, and rejection of anyone not already here and of wealth, it would appear evident that the plaque on the Statue of Liberty should be quietly removed to be replaced by a bronze swastika.

"This Land is Your Land..."
Woody Guthrie