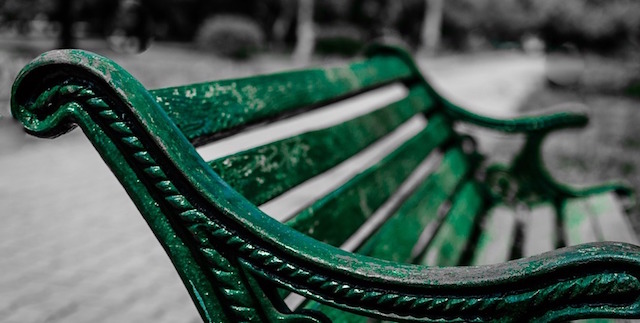 He said he’d been in Algiers, Algeria. 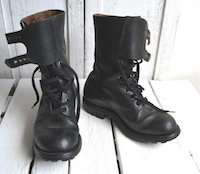 Algiers, Algeria. I asked him how a country could have a city named the same thing as the country, but he ignored me. He was smoking an ugly smelling foreign cigarette and wearing a pair of pants that were bloused into shiny black combat boots. Paratrooper boots.

"Why are you smoking those here? And why are you wearing those boots?", I asked him, as we were standing in the foyer of an expensive restaurant right under a no smoking sign.

“Can’t stop”, as he blew out a big puff of obnoxious white smoke,

“It is bad, I know. I shouldn’t, but I can’t stop. The cigarettes, the boots, they make me feel right.” He stared at me, the smoke between us fading slowly away, before finishing our discussion with a question.

“I’m alright”, he asked in a deep French accent, and then stared for seconds before going on, “Aren’t I?”

I’d been a child when that chance meeting happened. I have never forgotten the man, nor the haunted look hidden in his deep black eyes. But it was the tone of his voice that had indelibly burned what he'd said into my young mind. The mysterious message was a dark tone of pathos driven despair. The tone had riveted my attention, like the deep single play of a very low piano note.

Although I have not forgotten that time, I also never associated with it.

I looked down at my own boots, so many years later. Desert boots. The good ones, the ones with inserts. Not like the old French Paratrooper boots. His had been polished to a high shine. My desert boots would never know the touch of anything except a brush. They were the most comfortable things I’d ever worn on my feet, which was why I always wore them. Sitting alone on the park bench, my long legs sprawled out before me, I breathed out slowly, watching smoke play down over my body and feet between gusts of the wind. I ground out the cigarette, not even half done, on the stone handle of the bench support.

It has been years since the war. The wars. First Vietnam, then Desert Storm, and finally Afghanistan, with some little inconsequential actions in between. I’d been tested several times for post-traumatic stress. I didn’t have it. Not even a touch of it.

But I couldn't get the Algerian-serving Foreign Legionnaire from my mind.

Had that old guy from Algeria killed any of his own men? Out of pure necessity?

Because they were too badly wounded to get Medevac'd in time, or because they were going to kill the commanding officer for their opinion of his poor leadership (the C.O. being me)? Had that guy been shot, knifed and fragged? Had that guy spent a full year in the hospital, being told he would likely die at any moment, being force-fed with morphine until informed he was an addict, and then delivered back to his family wherein they walked right by him at the airport because he was a mere shadow of what he once had been?

No, I would have bet not. The poor son-of-a-bitch probably had seen some people killed, their guts left drying in the sun. The French Two-Rep bastard had probably shot a few people and then had them ask him why he had done that while they died in front of him. Not exactly tough stuff. Not normal stuff, but not that bad, in the scheme of such things, either. French Paratroopers of the Legion were notoriously emotional anyway. They fought at the drop of a hat, or Kepi in their case, at the least insult, not like Marines at all.

United States Marines could take it. Whatever it was. Oooorah, was the expression. It said it all. One Marine to another. Marines against the world. Screw the Army of One thing. It was Marine Corps. All the way, up the hill, and on to the next one.

A film was out called American Sniper. What a joke. Who the hell is dumb enough, in the modern world, to think you can figure out whether a bad guy is a bad buy over a mile away? Nobody. Blow the fools in place and move on. Done all the time. Just the way it is. If you're in a war zone and don't know it then you are dead by the time you find out. If you are in a war zone and know it then don't stick your head up. Boom. Problem over. Marines alive and everyone else dead.

The movie should have been made with all Marines, and it should have been called Trouble City. The City of Hurt. The City of Pain. A place where real Marines spend time, knowing they are cutting years from the sentence they would have to spend in purgatory. Living after combat is extra time combat Marines are not entitled to. That precious extra time has to be spent doing something worthwhile.

I shifted uncomfortably on the bench, looking down at my watch.

I had twenty minutes before I went on. I was going to give a speech in front of a bunch of people, about life. About truth, lies, justice and mythology. I’d somehow become an expert at coming home from wars. And here I was sitting on a park bench looking out over the Santa Fe downtown plaza, wearing an expensive suit, desert combat boots and smoking a cigarette. Smoking was totally stupid, with what was known about lung cancer and all, and I knew it. The boots were so out of place with the suit, and the setting, that they didn’t bear thinking about.

I field stripped the cigarette. I tossed its remnants into the cooling winds of early autumn. They flitted away across the worn grass surface of the park. I was wearing the boots and smoking because those things made me feel somehow better. There was no worthwhile. That was mythology. I closed my eyes, trying to keep the real world from spinning around me.

I felt the wind sweep across my body, then die to a sudden stillness. I looked up to see a small child passing by on the sidewalk, holding his mother's hand. Our eyes met.

“I am all right, aren’t I?” I asked him in a whisper too quiet to be heard, but the boy just looked back at me in silence, his eyes large, following my own as he passed by.