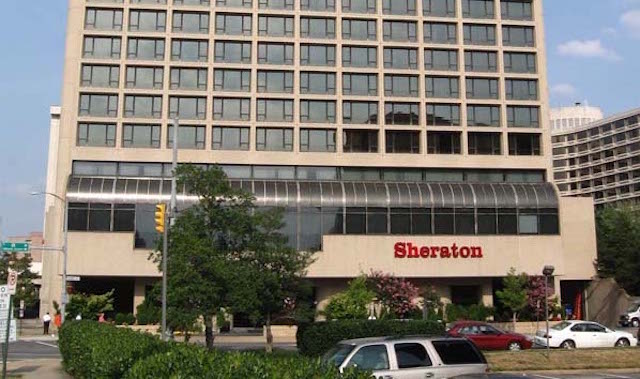 Joshua Boatwright sat patiently, sipping from his small espresso cup, unsure of how he had come to be where he was; tucked into the back corner of the lobby of the Sheraton hotel in Crystal City. He was looking out a floor-to-ceiling window onto well-kept courtyard. No, it was not his place to be here. Analysis was what he did, not personal liaisons. His calling in life was to assemble the smallest shards of data, and form sweeping mosaics of truth, in a world filled with lies. Joshua was proud of his nickname; “Tevie,” a shortened version of the motto he lived by; “Triple Verification.” Three sources to establish the veracity of each shard of data before he added it to his mosaics. He used his art as a vehicle to produce pictures of sanity in an insane world. He worked with a team of analysts at CIA’s Langley complex, located four miles away. His team had not conferred the nickname because of his work, however. Unknown to Joshua, they had given him the name because they knew when he was not at the intelligence facility, his only recreation was watching television non-stop.

Diminutive and fidgety, he sipped and repetively scanned the room, peering over the tops of his prescription glasses. They had classic jet-black nerd frames. He did not need them to read or drive. But they gave him a distinguished look, or so his ex-wife had told him, and they did help when examining the tiniest details of photo intelligence. The Agency’s electronic surveillance, although not legally allowable for personal use (such as tracking one’s spouse), had proven ruthlessly effective when he’d employed it on her after she’d commented on his spectacles.

A big man entered the lobby near its grand entrance. He wore an expensive blue suit. Its Italian cut did nothing, however, to disguise his morbid obesity. Joshua flicked his eyes towards the man, and then grimaced. The man’s florid complexion, bulbous nose and polished smile gave his identity away. The Senior Senator from Iowa paused in the center of the large foyer, and took the place in. No assistants, or attendants of any sort, accompanied him, which did not surprise Joshua at all. The Senator noticed him sitting alone in the corner. Joshua glanced at him before looking down at a folder he had placed very exactly on his table. Noticing a slight tremor pass through his left wrist, he quickly tucked it down between his thigh and the arm of the chair. Never had he encountered an Agency representative, and certainly never a sitting senator, much less one who chaired the Senate Appropriations Committee.

“There’s no shame to having a little bit of fear here,” he whispered to himself, breathing deeply inward as he heard the powerful senator’s approaching footsteps. Joshua squared his shoulders imperceptibly, his back ramrod straight. He had the weight and reputation of the entire Central Intelligence Agency behind him. He would neither genuflect, nor grovel before anyone.

“You’d be their man?” the senator inquired very calmly, stopping astride Joshua’s chair.

Joshua started to rise and raise his right hand. He quickly caught himself, however, putting it down, and reseating himself. He was not there, at a clandestine meeting, to be social, or to appear social.

“Stay seated,” the senator said, paternalistically, his voice soft and silky. He lowered himself with visible difficulty into the narrow chair Joshua had purposely placed at right angles to his own, before a low coffee table.

“Got something for me?” the senator asked into the silence between them. His tone now flavored with affability that the analyst instantly hated.

Before any reply could be made, the senator picked up the unmarked, but highly classified, file Joshua had placed on the table. Neither man said anything while he read its contents. Joshua noted that the lobby was completely empty, save for two clerks working the registration desk near the entrance. The waiter, who had brought his espresso to him, however, had never returned. Joshua actually hoped he wouldn’t, for fear of having to touch the cup and allow the senator to see him shaking. Minutes passed. A bead of perspiration ran down his hairline behind his right ear. Fortunately, it was the ear opposite the Senator.

“Says here that you boys are gonna go ahead and help me out,” the big man intoned, before plopping the file back on the table. “The usual Agency drivel,” the senator commented. “You gonna tell me what the plan is?” he inquired.

Joshua cleared his throat to steady himself, and then followed his instructions. “Your nephew is being justifiably imprisoned by a foreign government. His violations, meriting that imprisonment, are in keeping with what we normally associate with serious criminal behavior in our own country. The Agency does not normally involve itself in such matters, particularly where such deviant and anti-social behavior is involved.” Joshua halted, having delivered his own righteous version of the background information he had been given during his briefing.

After a few seconds of silence, he realized that something was amiss. Without looking over, he felt the heat of tremendous anger flowing toward him from the direction of the senator’s chair. Instinctively, he started to drop his left shoulder a millimeter or two in defense, before he caught himself.

“Just cut to the chase, Son. Don’t make me come after your career.”

The senator’s threat was issued in a low tone, more akin to that of an oversized cat purring than of a human voice. Joshua’s throat froze, a tendril of fear coursing through him at the mention of his career. He finally cleared it by swallowing several times.

“We’re sending our best man,” Joshua gasped. “He’s experienced, resourceful, trained in multiple martial arts and weaponry. No expense will be spared in this operation, but we’re sending him in alone. We can’t afford, no matter what measures you may or may not take, to have this operation rise to the level of an international incident. Not now, anyway.”

Joshua averted his gaze from the man from Capitol Hill as the Senator finished his memorized message. He waited for an explanation; again, trying to fathom why he had been selected for the role he was playing. Joshua was in the dark, but he sensed the reason. It was about the fact that his analysis group had provided the data, which sanctioned the mess-of-a-mission, in which the so-called ‘best man’, Arch Patton, had succeeded and then returned home, against all odds.

Joshua heard the senator rise from his chair. He looked up, but the man was already walking away, his manufactured smile once more plastered to his politician’s face. He had made no comment at all, not even in dismissal.

Joshua’s shoulders pressed inward, and his head sank to the point that his jaw nearly touched his chest. His trembling fingers grasped the espresso cup handle. He took a shaky sip. He thought of the ‘best man’ the Agency was dispatching, and then smiled weakly for the first time that day.  Arch Patton had just come out of West Africa. Under the bloodiest of circumstances, he amazingly accomplished his mission. The skewed manner in which his mission had been conducted would no doubt have the Agency looking like a stone cold, heartless bureaucracy. No one in analysis was taking that lightly. His grip steadied as he pondered over what he’d just done. He’d sent a low-life field agent off to save the drug-dealing nephew of a corrupt scumbag of a senator. This time the mission had not even the remotest possibility of success.

Joshua Boatwright stood up straight, tucked the classified folder under his arm, and strode across the lobby. His mind was already lost in the formulation of the final mosaic, as it would ultimately appear, when the details of an illegal and doomed mission crossed his desk, located in his office, on a cold, rain-swept, dreary portion of the Seward Peninsula.