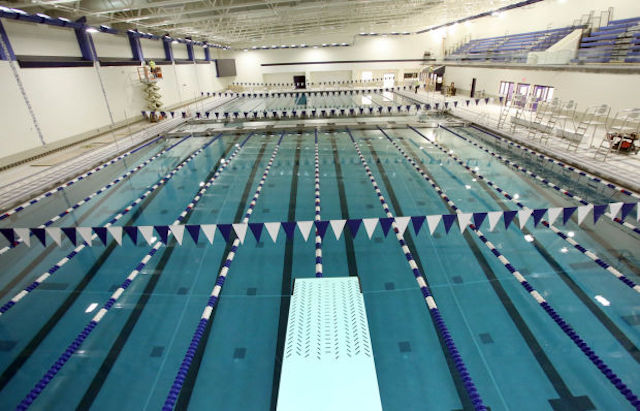 With all of the focus on Olympics 2016 in Rio de Janeiro the past weeks my memory banks are rejuvenated.

I reached the pinnacle of one meter diving in 1960, as a graduating sophomore at Thornton Fractional North Township High School in South Chicago. I’d only been a diver for two years, having failed at first the backstroke and then the breaststroke, to make the varsity swim team. Fate allowed that the day I failed those tests a retired former Olympic diving champion volunteered to help coach the team, and I was the reject he was assigned to train because nobody else wanted to be a diver.

The coach really went at it. He was a smooth-tongued, cultured and elegantly brutal man, with a pencil mustache and slicked back hair popular at the time. Mr. Perry had the same qualities my own father possessed, but totally unrestrained. My Dad was better looking, and without the mustache because facial hair was not allowed in the military back then. Both men had the ability to go from a smilingly serene existence to one of crushing bombast followed by physical assault, although Mr. Perry never struck me. My father had been his high school’s one meter diving champion down in Texas, but I didn’t find that out until I became the team’s designated diver. When I found out I determined to impress my Dad by following something, anything, in his footsteps.

No one trained harder, landed badly so many times or took such verbal abuse in front of his peers on a daily basis. I trained early in the morning, again instead of having lunch, and then after school. I trained for six hours a day, every day, including alone on Saturdays and Sundays. I squeaked by and won my first diving meet by one point on a darkly cold October night, surprising Mr. Perry and the rest of the team. I would never lose any diving competition again, advancing through my freshman and sophomore years with Mr. Perry refining my every move in the air or under the water (he taught that screaming underwater from the pain of a bad landing or a loss was highly acceptable as long as you came up with a rueful smile for the watching public).

Dad never came to one of my diving meets, not even when I qualified at first the semi-finals, and then the regionals, both of which I won at the end of my freshman year. It was a stunning series of wins with even Mr. Perry saying that I was Junior Olympic material if only I were in the proper school and had the proper equipment. It would take me forty years to understand what Mr. Perry meant by that, but back then I was as naïve as most other freshman students coming to terms with my adolescence and the vast complexities of life outside of the swimming pool.

My best dives were high point dives that most newer divers wouldn’t even attempt, much less train for and use in competition. By the end of my first year at Thornton I was able to do a two and a half somersault from the low board in forward, inward and reverse positions. Those high ‘multiplier’ dives won most of the meets I entered, while my basic qualifying front, back and reverse dives were performed with hard fought, and long trained, precision. I got so I didn’t even think about performing those dives. They were automatic, and I never failed to gain near maximum scores on any of them. Occasionally, I made errors on the more complex twisting dives, but my point scores were so high on other dives that I won anyway.

At the end of my sophomore year, having won the regionals again, I qualified for the state championships of Illinois. I was stunned. I was going to New Trier in the

North suburbs. Going to New Trier was like going to the Olympics for a kid from South Chicago. Mr. Perry moved on just before the championships, leaving one day with a wave and a frown, never saying goodbye.

I loved the man and was hurt by his leaving although I also hated him for his open abuse and lack of respect for me as a child, diver or a man. His lack of speaking to me directly, except to issue orders, was exactly like my Dad’s communications with me. But it was all I had so I was cut to the quick. I determined that I would win the championship for myself, and become tougher on my own without the influence of either Mr. Perry or my Dad. Only be reducing their roles, and their significance in my life, could I have a life of my own. 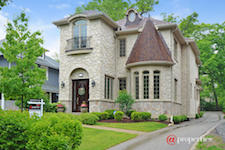 I took three buses and a train to get to Winnetka, and then had to walk half a mile in the cold. I was afraid I’d slip on the snow and ice not cleared from some sidewalks, so I walked in the streets. The Winnetka homes took my foggy breath away, one after another. They all looked like I imagined embassy’s or consulates would look like instead of homes. The school was a brick museum of beauty, it’s sidewalks and parking lots cleared of all snow and ice, it’s windows polished clean even in full winter.

My entry to the championship was one of eerie ephemeral discovery and amazement. Everything was so clean it all looked new. The pool seemed to be the same size as my entire high school. There were more diving boards than I’d ever seen in one place in my entire life. I was in love with a school and a pool. I swelled with pride, honor and happiness to be there, and I knew I was going to perform at my very best. I could feel something special grow within me.

The first mandatory qualifying dive was the forward dive, which I executed perfectly in pike position. Something lay people called a jackknife. I maxed the judges. The second dive was a reverse dive in lay-out position (swan dive). Again I maxed the judges. All I needed was a score of four, very low, by the judges to qualify to go on and I knew almost certainly that nobody else at the meet would be doing my very high multiplier (and risky) dives later on. The final dive was a back dive, also to be done in the layout position. It was one of my favorite simple dives.

I stood on the end of the board, the painted wood bouncing very slowly up and own from my movement and weight. I was patient, however. It was my moment. I waited for the board to become completely still. The pool area was completely silent, waiting with me. Only the sound of a distant door closing interrupted the silence of the moment. The door at the end of the bleachers to my right had opened and closed. My concentration was so great I barely noticed the crack of brighter light appear and then disappear, but notice I did. My arms were extended out to both sides. I brought them slowly down and prepared to lunge upward, before plunging down with all my weight to spring up and perform the dive.

My eyes caught the figure who’d come through the door. He stood in a dark uniform against the white door with his military cap on. It was my Dad. Without any thought, my mind completely going blank I unintentionally leaned backward and began to fall. My attention zoomed back to the instant. I tried to catch myself, windmilling my arms and bending my knees. To no avail. I fell backward and down into the water. I sank after hitting flat in great pain. I didn’t scream under the water although Mr. Perry’s instructions flashed through my thoughts. I stayed under for as long as I could. I was not screaming. I was crying. When I finally came up the crowd was on its feet applauding. They were applauding in sympathy I knew. I felt. I felt so badly. I was done and I was finished in front of my Dad.
He’d finally come. I looked up from under the end of the board. There was no one there. Dad was gone.

We never spoke of those championships and what happened that day. Dad never admitted to being there and I announced to a seemingly uncaring family that I’d lost. That was it. Dad is gone now, and so is the rest of my nuclear family, but occasionally, I still see him at that white door in his uniform, wearing that service cap. My Dad was there.