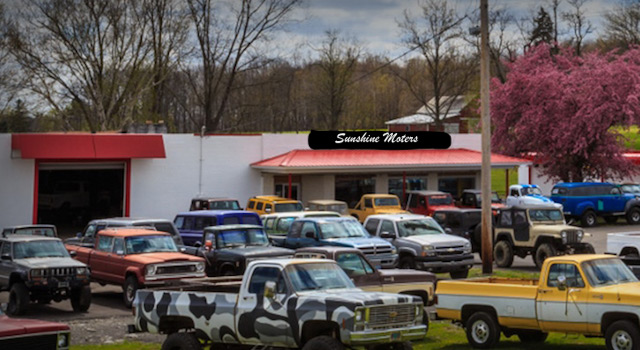 This is a good story.

No politics. No crime. Just a good story. Probably not believable.

I call the story “Best Friend.”

It was around 1993 when my career with the CIA played out and I had nothing to do except lay around to see what kind of reward-labeled punishment would be meted out for my service. I didn’t want to do anything I was credentialed to be able to do for a living. I walked by a used car dealership located in a seedy part of downtown Albuquerque in my reverie.

It was called Sunshine Auto, appropriately. A young hard-charging man named Kevin was in the office and he turned out to be the owner when I stepped up to his desk. A sign out front read: “salesman wanted.” I asked for the job. It wasn’t a resume or curriculum vitae kind of place, so Kevin only wanted to know where I’d sold cars before. I told him I hadn’t.

“Okay, hot shot, so you have no experience. Tell me what would be the ideal sale of one of our cars out there then.”

I thought for a minute, looked out at the crummy cars in the lot and the street people circulating among them that slept in them while ostensibly being the security force.

I finally replied: “The perfect sale would be if I had a young couple pay for one of the cars in full, drive it off the lot, pass over that distant hill before the car breaks down. They don’t return it because they don’t want to hurt my feelings.”

Kevin’s hands came out from behind his head and his feet came down to the floor with a thud.

I got the job and started selling the crummy cars at about twelve hundred dollars each. All payments were in cash back then. Kevin didn’t trust me with the cash, so we had to lock whatever I had into a drawer in his desk, right after I got the money. Weeks went by, and I was selling a lot of cars. One day Kevin didn’t come in. Then two days. I kept selling and locking the money up (I’d rifled the lock on my first day). On the fifth day, another young Turk of a guy came in. He said he was Kevin’s best friend and Kevin was in jail for using a bogus I.D. on a drunk driving arrest. He asked if I had made any money. I pointed at the drawer.

He had Kevin’s key and went over. He was amazed to find forty-four hundred dollars in cash inside. He was so amazed he didn’t ask about how it had gotten into the drawer without Kevin’s key. He left. He came back twice more over the next two weeks to collect a total of seventy-seven hundred. I’d made him give me receipts for the cash even though he had not wanted to.

After two weeks Kevin came back in. He was all good cheer and smiles, having talked to his friend and found out how much he’d made while he was in jail. The best friend came in the door. The two men stepped outside to talk. After a few minutes the best friend drove away and Kevin came back inside. His smile was gone. He sat behind his desk in silence until I asked him what had happened.

Kevin said his best friend had taken the money but lost it at the Indian casino. He’d pay it back over time. I nodded, dumbly. Kevin got up and came around the desk. He pointed at his chair. I went and sat in it.

“Let’s see,” he mused to himself, lighting a cigarette, “my best friend stole seventy-seven hundred dollars from me.”

He puffed, before going on. “The guy I just met sold the cars, collected the cash, locked it up without a key, and then turned it over to my best friend.”

I waited, watching Kevin look out the window and smoke.

“There’s only one conclusion to come to,” he finally said, spitting out a small piece of tobacco.

I waited again, but then had to ask: “what’s that?”

Kevin blew out some smoke and laughed. “You’re my new best friend.”