BOUND TO THE STAKE 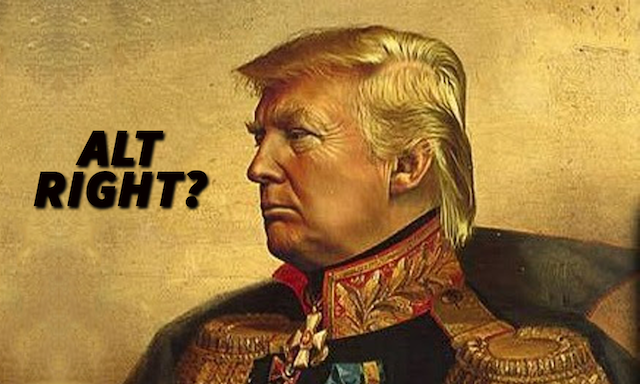 What is the Alt-right, anyway?

The alternative right wing, once known as neocons but alt-right sounds mysteriously better. They are republicans, the most fearful of all republicans. Republicans have a single commonality about them that extends to the alt-right, as well. It’s called fear. Today’s republicans, for the most part (not those of bygone eras), are afraid that they will either lose their stuff or you will take it.

How they might lose it or why you might take it is immaterial. If a person says they are republican but doesn’t have anything to be afraid of losing then that person hasn’t learned what being a republican is all about. Lack of compassion, care and wanting to build nothing for the future are mere symptoms of being republican. Those are emotionally charged words easier to emotionally refute than what lays there in all of them, coiled like a serpent waiting to strike…and that is cold visceral fear. And there’s nothing to be more afraid of then having or showing fear.

Roosevelt said it all in his speech after Pearl Harbor.

In this enormously wealthy time of grand success, with the ability to effect almost everything and everyone on the planet at our whim, this wonderful country of the USA is bound with ropes made of strongly braided fear to a stake of hopeless failure. Giving is loving. Sharing is caring. Building for others is bliss.

Those sentences should play like neon balloons across the sky of every citizen, but don’t, because of fear.