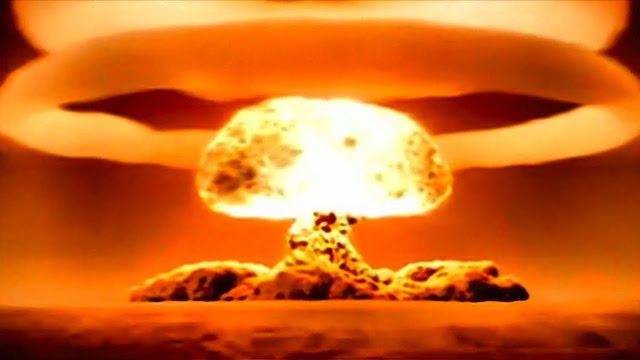 It's easier to write about cats, the garden and even what's going on at the local coffee shop than what is going on across America.

To watch the mass media portray America's reaction to its president threatening nuclear war is quite abashedly astounding. The mass media has decided that nuclear war is sort of a 'ho hum' thing, or maybe, as one representative of the pentagon put it: "a war with North Korea will quickly go from nuclear to an extended conventional war."

That was stupifying. I guess that total clown was talking about the fact that the North Korean's will quickly run out of the supposed few nukes they have. How can anyone in this world with any knowledge of physics say anything like that and have it repeated by mass media as being something okay to say, much less say while being affiliated with the Department of Defense.

A couple of nukes will take out Seoul with 25 million people. A couple of nukes will take out any fleet sent to those waters. You don't need a missile delivery system. An old WWII bomber would be fine, but then those days are long forgotten. The level of stupidity being exploited by the president continues to astound at every level. It's like the media wants to see the end of times. How did they get so taken with the Book of Revelations? When did America decide it was basically over?

The real question, to survive, is how do we get rid of all these unknowing but densely dumb citizens leading us all right to very edge of oblivion with their awful 'used car salesman' really selling the idea of used nuclear weapons?