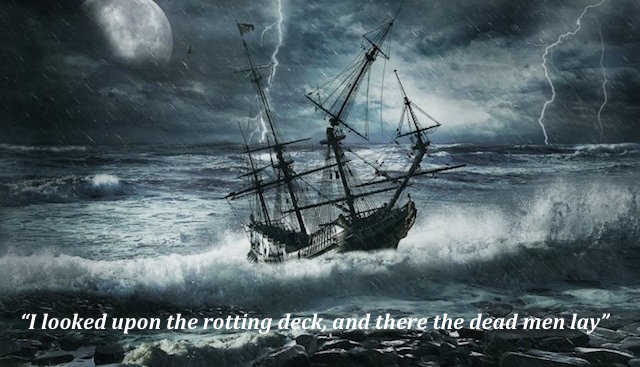 My Breguet told me that we were twenty minutes late for our meeting with the Russian Jeep, which was supposed to be all the way down at the dock, near the ship. Moreover, we did not have Hathoot’s passport. I was not sure that proving his U.S. citizenship was going to be an issue, since we were no longer intending to turn him over to Kasinski.   I just didn’t want any loose ends hanging out.

I approached the tank. Don and Dutch helped the drug addled Purser into the old converted warehouse, which we had re-opened with free booze from the ship’s stores. The crew of the huge T-72 iron monster was nowhere around. The top hatch gaped open, as if the crew had fled in great haste. A vehicle was parked right next to the tank. I walked closer to examine it. It was the identical Russian Jeep we’d ridden in the day before. I felt a bit of relief. The driver must be in the bar.

“Of course,” I reminded myself, very quietly. Word was out, all over Providenya. Nobody was going to miss attending our ‘honey pot’ of free American alcohol. The only problem now was finding a driver sober enough to get behind the wheel. I pulled the small Secret Service radio from my pocket. I depressed the button. “Number One,” I said, lowly but clearly. I checked around me again. I was alone.

“Number One, over,” came crisply out of the little box.

There was no reason to use old radio jargon, but I wasn’t going to waste time educating the Basque in radio etiquette.

“Number One, we need a crew member’s passport.” I let go of the transmit button, then waited.

The delay was too long. I almost transmitted again, before the little device spoke.

“I don’t know where he keeps them. Maybe in his office.”

The woman was good. She had not mentioned the Purser’s position or name over the air.   The substance of her words reassured me.

“I’ll be right back,” I transmitted, then walked quickly to the front of the bar.

Inside, it was crowded. Just a bit after ten in the morning, and everyone moved in an alcoholic haze. Günter and Borman held up their end of the bar. Marlys slid back and forth, like a shot-filling machine. The Russians had one corner table, and were all assembled there. I picked out our Jeep driver, then the Tundra Cat driver, as well.

“Thank God there’s no traffic in this town,” I consoled myself.

Don and Dutch had shuffled Hathoot over to a far table. I was surprised to see Benito already ministering to him. She caught my eye, stepped away, and returned to the bar. I moved to the table and leaned over. “Where’s your passport?” I asked Hathoot. The man’s pupils looked like small black pie-plates.

His fat forehead formed about twenty wrinkles across it.

“We’ve got to have that document. I don’t care about your money. What’s the combination?”

Hathoot’s head dropped down, until his chin sagged on his chest, sadness overcoming him.

“Okay, just don’t shoot me again, or leave me in that hole.”

“I promise,” I assured him, low and harshly.

I did not trust the Lebanese, but I would keep my word, if I could. The man was a living enigma, but I would only try to excavate his strangeness if we had time, post-mission.

“There’s no set combination. Just push the handle left, then right until it clicks, then left again. I don’t use the dial. Too slow.”

I turned without speaking and walked to the bar. I then motioned for Benito to join me.

Once back at the tank, I called the Basque. Benito came to my side with a quizzical expression. I just didn’t have time to fill her in, however. I had already instructed the Basque on how to get in the safe. In the back of my mind I worried about the office door being unlocked, but I’d find out about that soon enough.

“Get the passport, then throw all the cash in there into the same bag. Sophia, our cruise director, is coming for it. Meet her at the top of the gangplank. Any activity there to report?” I waited, after transmitting.

Benito still looked full of questions, but said nothing. Moments went by.

“I’m in the office,” the Basque said, and then went on. “The ship’s dead. Nobody around at all. No Germans. Not even any Filipinos.” I looked up into Benito’s eyes.

“Go. Fast.” I pointed Benito in the direction of the 'Lindy'. She hesitated.

“You’re not even thinking of handing him over, are you?” I frowned openly.

The ship was a sieve of information. Everyone knew everything, except the versions of what they knew were different. I didn’t know what Benito knew, but I trusted her a helluva lot more than Hathoot.

She accepted that, and then headed out.

“But you’re going to steal his money?” she threw over her shoulder, as she hurried.

She glanced back for an answer. Of course, we were going to take the Purser’s money.

Inside the bar I walked up to Günter and Borman. I spoke softly, filling them in on the amended Hathoot plan, including the need for his passport.

“Günter,” I said, “follow Benito to the ship. Make sure she has no problems.”

When I had walked in and seen both men in uniform, I realized their importance. The passengers, the rest of the crew, even the Russians, responded to uniforms. Günter departed, with a last leer over the pallets at Marlys. She turned her eyes to me when he was gone. Borman elbowed me, breaking my concentration. He directed me to a wall in the corner of the bar, where Russians drank noisily. One of the tank crew had taken a piece of charcoal and scribbled four lines, in Cyrillic, on the white wall, just above their table.

“You read their language?” I asked.

“Enough,” he boasted. “It says: “I looked upon the rotting sea, and drew my eyes away. I looked upon the rotting deck, and there the dead men lay.” I gazed from the Russians to Borman, then at the wall. The saying was vaguely familiar to me The Rime of the Ancient Mariner came to mind. Not a particularly uplifting poem. I disliked the omen. I turned to the stacked-pallet bar where Marlys stood, before exiting into the Provideniya sun.

The cemetery wasn’t far. I decided to check on Ivan, and his friends. I walked fast in that direction. It only took a few minutes to reach the high tip of the rise at the end of the spit. Trying to discover the hidden cave- opening the boys had arisen from earlier, I looked down. A head seemed to stick out of the rock itself. As before, I was surprised. I stepped back, reflexively.

“It’s me,” the boy said, climbing up to stand beside me. “My friends have said goodbye. They took the bottle, of course. They say the rum is the best they ever had. They don’t have to filter it through fresh bread, like they do their Vodka.”

I had no idea what fresh bread did to bad booze, but I just let his comments lay. I discussed timing along with our main problem.

“We have to find a way to get you aboard ship. We might use the lower freight gangplank, but I don’t know. Once we get into U.S. waters we’ll be okay. But getting there...” I stopped talking.

His mind was agile.

“I understand,” was all he said.

I smiled. I liked the kid’s style. No nonsense. He’d do what had to be done, free of adolescent histrionics.

“Back in your cave,” I said, looking out over the brilliant blue sea below.

“The rotting sea,” I murmured, silently mouthing the poetic verses before I began the short walk back to the bar.

Günter and Benito rounded the corner of the establishment, just as I arrived at the door. Benito had an athletic bag at her side. With his ‘officer rank’ Günter had not deigned to carry the sack. “Germans” I wanted to shout, but did not. I thanked Benito, waiting until both of them went back into the bar before opening the bag. To my relief, the blue passport was there, and it was valid. But the amount of money jarred me. I roughly counted forty thousand dollars, all in banded hundreds.

If any cash belonged to the World Discoverer, I didn’t really care. I moved my own heavy canvas sack through the zippered opening, and then shut it. It was game time. I re-entered the bar. Don and Dutch tended to Hathoot. I nodded from the door, leaving the rest to them. Moments later the two drivers came through the door, tipsy. Don followed, supporting Hathoot, who was still out of it from the morphine. He was conscious and moving, which is all I had hoped for. The Russians made for the Jeep.

“Coming,” he replied, clutching Hathoot’s arm around his neck.

The Jeep came screaming up, then skidded to a halt several feet away. I didn’t see how we were all going to fit inside the small rig.

“How’d you get them to come so fast...” I began, as Dutch stepped through the door carrying a large box.

Don loaded Hathoot into the Jeep’s back seat.

“One case of Johnny Walker Black,” he stated, indicating the cardboard box with a hand wave.

Dutch delivered the case to the Tundra Cat driver, and then pointed at the hood of the vehicle. The man climbed on top, digging his feet into the mesh of its high bumper, his butt against the windshield. He balanced the case of booze on his thighs, still merry all the while. I claimed the passenger seat. My view was going to be terrible.

The small Jeep had over half a ton of passenger weight stuffed in it, and on it, but the driver gave no quarter when operating his vehicle. We careened, once more, through the streets and alleys to the edge of town. The soldier on the hood just howled all the louder when it looked like we’d lose him, and the booze, in the middle of the more difficult corners.

The Tundra Cat was waiting. It started, to my relief. We loaded up again, this time the driver of the Jeep climbing aboard, as well. I presumed that he did not want to lose his share of the booze. We blasted up onto the surface of the tundra, and began our fateful run to the gulag. It was eleven-thirty. We were fast running out of time. The assault was underway. I had one .32 automatic, and some gold; two large, but untrained and inexperienced assistants; and a drug-addled Lebanese Purser constituting my shock troops. The wind blasted through my hair, making me feel alive. I wondered how long I would stay that way as we flew over the valley’s high edge, plummeting down toward the old Victorian complex.

“The rotting deck,” I said, out loud this time.