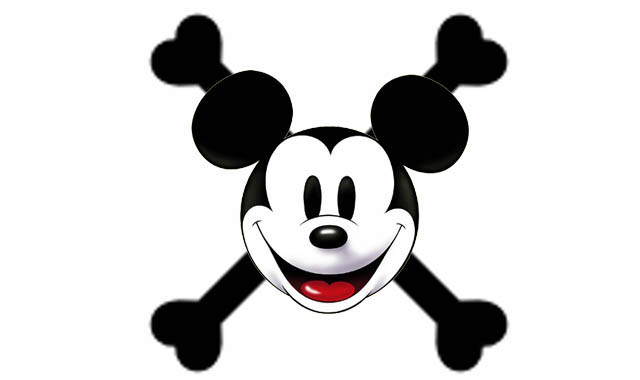 The Lido lounge pulsed with drinking passengers, most of whom smoked cigarettes on deck as well. I had thought that only about thirty percent of the population still smoked, but the sample of humans we had aboard the M/S World Discoverer was a bit more jaded than that figure seemed to indicate. I sat at the bar in my usual corner, waiting for the staff crew to gather for our afternoon stand-up. I also expected Marlys, even though I was unsure of exactly why I was waiting for her to appear, or who or what she really was. That small shrine in her room had unnerved me.

The night before, in my cabin, her youth, innocence and ignorance of the world had seemed totally persuasive. I reached down to my pockets. My left one still contained about eight ounces of Aguiak Island gold, but it was the right pocket in which the dolphin anklet reposed. I touched its shape from the outside. It seemed to burn with an interior heat. I pulled my hand back up to the safety of the bar. I looked up.

My coffee glass had been replaced with a ceramic bowl. Marlys stood before me, wearing a white blouse. The necklace she had sported when I first came aboard adorned her neck. Her blouse was cut low. She leaned slightly forward, seeming to accede to my desire to see more. I looked away.

“Soon, we will speak again. I need your help.” She stared, unblinking, into my eyes.

Hers were a greenish blue. I could not help but stare back; I could not hold her gaze. I took up my bowl of coffee and drank, burning my mouth, but showing nothing at all.  I put it back down in silence.

“Do you want me to come back to your cabin or do you want to return to mine?” she asked, matter-of-factly. She dried some bar glasses while she waited for a response.

I didn’t want to answer. I didn’t want to confirm that I’d been in her cabin, even though I knew she knew, as I knew she would. I found the whole Santeria thing repugnant. That it might have some application and effect in the real world made it even worse. I felt like rushing to my cabin, getting down on my knees, and attempting to come to an understanding with my old Catholic God, who I had abandoned in my youth. I battled the urge.

“Alright,” I remarked, as if that made any sense as an answer.

She went along, as if I had truly made a decision, and arranged a rendezvous. I knew that I was never going back to her cabin. I realized, as well, that she would find me. I wanted to return the anklet, which she claimed, bound me to her. I tried. I could not physically reach down and pull the silver strand from my pocket. My hand simply refused to obey. Willingly, however, it helped me gulp down more coffee.

Benito prepared our ‘stage,’ and the staff crew appeared. They were all drunk and giggling. I looked around the lounge. Mickey Mouse stickers had appeared everywhere. I concluded that the Filipinos were in on it. They’d put the stickers up too high for the German crew to reach. The Filipinos had the ladders.

The staff crew stood up, one after another, and delivered like I had not seen them do before. They entertained. They were interesting. The wonder of booze, I thought. When it was my turn, I spoke about the Yupik and Aleut tribes of the Pribilofs. About what we could expect when we arrived there. My doctoral dissertation had included those tribal cultures. But I elicited little applause. The passengers were primed for fun, not analytical detail. Don caught me, before I could flee. Benito was moving in my direction, Marlys stood, looking like the goddess she was, behind the bar, and I had two pockets full of the most problematic metals I had ever handled in my life. I would have felt healthier, and in less danger, if I had been carrying plutonium.

“What?” I said, rather harshly, pulling my arm from Don’s grasp.

“Are you going to dine with the passengers?” he asked.

I looked at him, dumbly.

“We’re supposed to eat with the passengers, not scarf stuff from the Filipino mess,” he reminded me.

I knew that, of course, as it had been written up in the instructional brochure all staff crew got long before they came aboard.

“Do I have to?” I implored. My sleep cycle had been destroyed since encountering the Lindy. I just wanted to go to my bunk and hide under the covers.

“We want to enlist the passengers in our Mouseketeer effort.” He looked at me.

I regarded him as if he was a character from a Federico Fellini film.

“What Mouseketeer effort?” I probed, not really wanting to know but knowing I had to ask.

“Well, it seems that Herr Fuhrer Borman has determined that we, the staff crew, can only order one free bottle of wine for the table when we dine. That’s terrible manners. How can ten people be expected to consume only one bottle of wine?”

I couldn’t believe my ears. Don was ripped, slurring almost every word of his delivery, but protesting that there was not enough wine. I just wagged my tired head.

“I’m in,” I said, giving up. “What’re we going to do, start little fires in the corridor waste baskets, or something?”

Don didn’t laugh. He considered. At that point I knew he was dangerously drunk. I made for my cabin to get my dinner coat. My Mouseketeers could not be left to forge ahead on their own.

Dinner was a formal affair. Much more formal than I would have expected. I was chosen by a table of birders. The passengers picked us, as we stood in a group. I felt like I was at a High School dance, or maybe waiting in the gym for one of the adolescent leaders of my class to select me for an athletic team. I never got picked back then, not until almost nobody else was left to pick, anyway.

I was selected first for dinner. My back went straight when I was approached. I walked away with a stupid grin across my face. I ordered four bottles of wine for my table. To my surprise, Filipe had become our waiter, flashing a knowing look my way. The Filipinos were amazing, I realized. Somehow, they knew that I knew that. I scanned Don’s table, to see when the Mickey Mouse Revolution was going to erupt. Don was nearly under his table. The staff crew members at every table were in a similar condition. The revolution was going to have to wait. I sighed in relief.

Then, my eyes caught Benito’s. She wasn’t drunk. She was on her own mission. I looked away and thought of the burned chicken parts I had discovered lying at the bottom of Marlys’ fetish site. I shivered. It would be most fitting if Benito possessed a much larger shrine.... and sacrificed much larger parts, of much larger animals, to her god.

I fled to my room after dinner and locked the door. I thought of leaning my chair up under the handle, but then gave it up. It was not that kind of latch. I stripped, leaving my jockeys on, as I never counted on being totally alone anymore, and buried myself under the covers. In the middle of the arctic ‘night’ I was awakened twice; both times by gentle tapping against my door. I made no move to answer those knocks. However broken up, it was my first decent night’s sleep since boarding the Lindy.

My automatic alarm went off. The anchor shot out, with one huge clang after another. My Breguet said six. It had to be morning. I wondered what was wrong. Where were we? We were supposed to dock at St. Paul, not anchor somewhere else. I shaved and dressed rapidly, then tore the cardboard off my porthole. We were moored. The harbor could be seen just over a long projecting spit of gravel. I slowed my breathing. I had not remembered to school Dutch in how we were going to handle immigration. That affair could turn ugly, pronto.

Customs and Immigration was nobody to mess with. They exuded, by and large, meanness and suspiciousness. In my vast experience, they possessed hearts about the size of a hydrogen atom. I flipped open the door lock, but did not have to turn my door handle. Third Mate Günter plunged through. “We’re in St. Paul,” he stammered in German. “Actually, we’re just outside the harbor,” I pointed out, stiffly.

The Mate’s face was furrowed with anxiety. He went on, “Dutch came to me. You wouldn’t answer your door. He is worried. Very worried, indeed. Immigration could be here at any moment. He said you could help. I can do nothing.” I did my best Prussian impersonation.

“And you came to me because?” I barked, and then waited. We stared at one another for a full minute, before he replied.

“You have the ore. I know you do. I don’t care what Dutch says. You went up that mountain. I should never have spoken to you. Kessler will execute me.” He finished, then sat on the bunk next to me, completely deflated. “What are we going to do?” he whined. Once more, I thought, I’d been drafted into a conspiring group without any consultation whatever.

“How many what?” he answered, in surprise.

“How many immigration agents? Is there a whole passel, a strike team, a SWAT team, or what?” I looked at the mate closely, while he fine-tuned his memory.

“Only one,” he finally murmured, knowing that he was giving something else away. I smiled, with the confirmed knowledge of Dutch’s set-up, and also the solution to our problem. One specific problem, anyway.