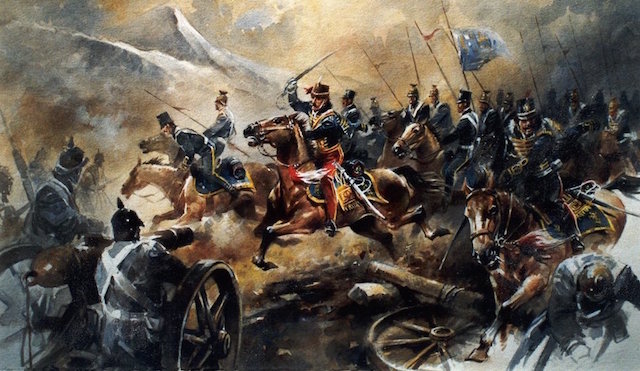 Marlys left abruptly. Whether to terminate our relationship (one that might not exist), or simply to forget about me. I couldn’t tell. I locked the door. Then, I turned out the light, in order to enjoy a small measure of privacy, with Benito sleeping in the lower bunk. I stripped and showered in the dark, removing the smell of gulag from my pores. It was an abomination I would have to endure again the following morning. I didn’t have to sleep with it, like the O’Donelly boy.

I used Benito’s towels to dry off, retrieved my underwear, and the automatic from my clothes pile, and then mounted the top bunk. The last thing I remembered was leaning over to make sure that Benito was okay. After listening to the steady chant of her breathing, I was gone.

A knock came at five a.m., Breguet time. Luminous figures glared up at me in the dark. The knocking was insistent. It was also soft. Once I was awake, I moved quickly and silently to respond. I prayed that it was Marlys, with a solution to my roommate problem. It was Günter and Borman. I explained through the crack that I wasn’t alone, but would be out presently. Günter attempted to peer inside, but the light was too bad for him to see anything.

It was cruel, yet I was not going to reveal that Benito and I were sleeping together, no matter what price it cost Günter in jealousy and worry. I threw on the same clothes I had stripped off earlier, put the damp shoes onto my bare feet, then tip-toed over to the bunk. I then slipped my right hand under my pillow, and retrieved the Kel-tec. Benito was sleeping like a baby, as I slipped out of the door to join the two Mates.

The mission was pending. I had not spent time with either man prior to engagement. Things were moving too fast. Both men were doing me, and the mission, a favor by demanding to be included in any changes in the operational plan. Borman leaned toward me.

“This boy, the one you are retrieving, he must be kept somewhere. The captain must not know. He would never let him aboard, if he were aware.”

The German language ruffled me at that hour of the morning. I had first translated his last sentence into “the captain would never have him in bed.” In hindsight, I had not planned well. I had ideas, but I had never implemented anything, with respect to them. I had counted on Filipe who was most dependable, but nobody could work in a vacuum.

“Down, to the bilge,” I ordered, pointing with my finger.

Both men obeyed, with typical German seriousness on their faces.

I led the Mates to the old workout room, where luggage took up half the space. I pulled the un-dogged hatch open, then climbed inside the large space. We had encountered not one soul as we had made our way down. The deck watch, with his huge necklace of a clock, was nowhere to be seen.

I was not going to wake Filipe at that hour. I needed my team at one hundred percent efficiency in the morning, not a bunch of sleep-deprived zombies.

“This is the place. We can’t seal the boy up inside the chain locker. He’s in too bad a shape,” I said, not mentioning that we actually had two boys to consider.

Full-grown Dutch, even with his limited mental capacity, had not taken to being welded into the chain locker ‘iron coffin,’ as he had called it.

We re-stacked the luggage, forming a wall with a narrow space behind it and the far bulkhead. It would have to do. I would have to think of something more covert by the time we ran into U.S. Customs and Immigration, but the old defunct workout room should do to keep the boy’s presence from the German portion of the crew. Especially since we had the support of the Filipinos. Once done, we headed to the Lido deck.

At the bar I found the necessary items to brew a pot of coffee. I let both men know that I wanted them on duty, and alert, at the Provideniya bar. The Khromov boy would be handled at the cemetery by Don and Dutch, so I didn’t need to mention that. I was primarily worried that we would have sufficient booze at the bar in town, and that there would be someone to serve it. Marlys was capable of anything, I felt, at that point. Her own papers, and those of her mother, depended upon her performance, yet emotions could subvert everything. In truth, although I longed for the woman, I did not really know her at all.

Neither Borman nor Günter could serve alcohol at a bar, while in uniform. It just would not work in front of the passengers, even if they were willing. If necessary, Don or Dutch might have to be left behind. It was that crucial to put as many people into an anesthetic state as possible, particularly the tank crew. If Don or Dutch were left behind, then Günter or Borman would be assigned to the gulag.

The boy might not be able to move under his own power. I had to have two strong men, as I knew I would most probably be running difficult interference, and not able to help. But, I swore to myself, that that boy was coming out of that hellhole, even if we all had to die in making it happen.

I drank coffee from a cup for the first time since coming aboard the World Discoverer. Borman and Günter took it black. The sun was up, as it always was at that time of the year, so I looked at my watch to get a feel for the beginning of the day. We had somehow burned through an hour and a half.

“The Captain,” I said, and then took another swig of my coffee. “The Captain’s a potential loose cannon. You two have to interdict him, if things go south.”

I finished my short mutinous speech.

“Loose cannon ashore, or onboard?” Borman asked, going right to the heart of the question.

Ashore was ashore, and different rules applied to everyone on land. Aboard ship, a captain of a vessel was a god. Draconian punishments could be applied for interfering with a captain. Borman and Günter checked with one another for almost half a minute, then they both nodded. They were in. At least, that was the message they communicated to me. When the chips were down, what they might do, well, that might be entirely different.

Marlys showed at seven. In more ways than one. The mini-skirt she had worn the day before had been only a foretaste of this day’s attire. It was light blue. It had this wonderful silver belt and buckle running around the top of her hips. The Yemaya necklace and anklet were firmly in place, as well. Günter reacted to her before I saw her. I automatically moved to give her room.

“We need to transport more liquor,” she said, casually, as if she had not shot out of my cabin in a huff hours earlier.

Günter and Borman watched her every move. I took a small piece of notepaper from the counter, while they were distracted, and wrote upon it. I scribbled the name and number of my control in D.C., at the CIA. I put down my serial number, then the naturalization requests for Marlys and her mother, leaving the mother’s name blank. The Agency was most excellent about keeping the promises of dead agents, even if the mission was a total failure. If you helped the Agency when the chips were down, you got rewarded. Simple. Uncommon, in the outside world.

“Help her with the cases, gentlemen, if you would?” I asked of Günter and Borman, confident that such labor was beneath them, but gambling on body, skirt, legs and Yemaya.

Yemaya won. They didn’t even utter a mild protest. I folded the piece of paper into a tiny square. When the two men were busy, I tapped Marlys on the shoulder. She turned with a look of fire in her eye. I took her hand, opened it, and then folded her fingers around the small piece of paper. She pulled her fist back.

“What’s that?” she snapped, but she did not unclench her fist.

“If things go wrong. That’s your ticket to the ball game. You and your Mom. Put it somewhere.”

I wanted to tell her to place it carefully and revealingly between her generous breasts, but I figured such a comment might be inappropriate. I backed off instead, and left the Lido deck.

I went to my cabin to suit up, with gold, radio, and my little sack of medical supplies. Benito was gone, her bed made. My towels were damp, but folded and re-hung. I felt like I was married. I had all the amenities, except sex.

“Long married, then” I mumbled, and then chuckled to myself.

The gold nugget fit perfectly into the canvas bag. If all went well, I was about to launch a gold rush on The Isle of the Tsar of Russia. I made sure I had all three rolls of adhesive tape in the bag. I was going to need the tape before the day was done. Instead of a coat, I chose my Banana Republic field photographer’s vest. It was perfect. It had a lens tube pocket, which accepted the silencer like it was custom-made.

Hathoot was supposed to be at the museum by ten a.m. The driver had told me ten a.m. for the pick-up run to the gulag. I had to somehow reconcile those two events. I had to get Don and Dutch ready, and make sure the Zodiac was on station. I had no clue what was going to happen at the museum, nor a hint as to how to handle the coming confrontation at the gulag. I had only the most cursory of egress plans in the event of failure. When dissected later, by Agency forensic experts from the training school, my mission would go down as a model of poor preparations and planning. My dead body might be exhumed to be burned in effigy. I stood and looked at the ridiculous bulky figure I saw in my mirror. A short ugly version of Indiana Jones, Captain Kessler had termed me. My own reflection did not inspire me.

“Into the valley, of the shadow of death, rode the six hundred...” I chanted instead, but then regretted it.

I felt that I was being too dramatic. But I had a few minutes. I pushed the CD player button and listened. The music entre’ began. My spirits soared as the lyrics poured forth: “Once a jolly swagman camped by a billabong, under the shade of a coolibah tree...and he sang as he watched....” It was good. It was pitch-perfect. Australia’s national anthem, and a song known by military special operations teams nearly as well as Puff the Magic Dragon around the world.

I was ready at last.