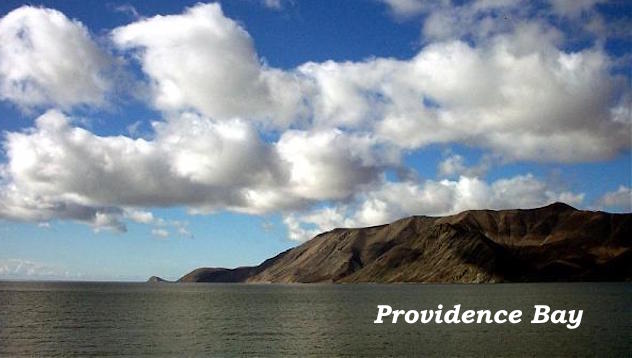 My body craved sleep, but my mind wouldn’t slow down. I pulled the Aguiak gold nuggets from my small table drawer. I rolled them around in my hand, like rough-cut dice without numbers. Then I took the Leica out of my pocket and shot some digitals. Gold was a disappearing commodity in the world I normally inhabited. I didn’t expect to complete the mission and be able to depart with the nuggets. Somewhere along that unpredictable trail ahead they’d probably find a home in someone else’s drawer.

At least the photos would go into my journals where I could one day review them. Maybe one day, I hoped, I would even write of them. I stood, swaying with the motion of huge swells. My small cabin, so far forward toward the bow, was more like an elevator than a room at all. An elevator which moved up and down with great vigor, but also from side to side while it did so. I imagined never sleeping deeply again, on water or land, without reaching for safety straps to hold myself to a bed.

I slipped the nuggets (fourteen in number, ranging from the size of my thumb to that of a little finger nail clipping), into my underwear drawer in the dresser. Absent-mindedly, I clicked on the CD player, which started back on the first song. The Man song. I laid back and listened to the music, right through Izzy’s Somewhere over the Rainbow. I waited, to see what the creative mind who created the custom disk would come up with next.

“If you’re going to San Francisco…” the lyrics began. After shutting the machine down, I undressed, showered, then crawled back into bed, running through each person I knew aboard the ship, and each person’s likelihood of providing me with a CD player and that particular musical medley. I slept, clueless, with no likely characters

My Breguet read six. I had awakened because of a persistent knocking on my door. I groaned. It would be wonderful to just sleep-in someday, I thought grumpily to myself. I had kept my underwear on, and I yelled for whoever was out there to please come in. Don called back that the door was locked. I unlocked the deadbolt, and then went into my tiny bathroom to shower and shave.

“Big day! Big day! This is it! Are you ready?” Don was his usual clamoring of great good cheer first thing in the morning.

I preferred to awaken slower, and I resented his clamoring at such an early hour. I turned on the shower and climbed in. There was no escaping Don’s voice, however.

“We’re in the gap. No swells, making about six knots so the passengers can all get their sea legs. Both sides of Providence Bay are gorgeous. Look out your porthole.” I showered on, as Don continued with his litany. “We’re in the Chukotka Oblast, not that it matters. Oblast is like saying county in the U.S. Provideniya is an Okrug within the Oblast, however, which means its run by its own little Commissar.

I turned off the water. The shower was too small to dry off in, so I stepped out naked. I was getting used to the ‘floating nudist colony’ mindset of the staff crew, but I was still not comfortable with it. Don continued to talk, bubbling over from his place on my bunk.

“The town is a mess. Streets are mud and broken old concrete. Everyone lives in wretched tenement apartments built by the Soviets. Once, the place serviced submarines and was known for its fishing fleet, but no more. Now, it’s just kind of rots away. Very Russian. There used to be a great bar in town, but alcohol became too expensive to make and market. No fruit up here. Anyway, the museum is up the hill a few blocks. You gotta wear Wellingtons because of the waste channels running down the roads, and the mud. It’s summer, so it’s almost all mud. What’s your business got to do with the museum?”

“That Commissar you mentioned? The director of the museum knows him well. He’s willing to introduce me.”

I dressed without speaking further. In the middle of putting my shirt on I heard a great clunk travel through the hull of the ship. I held my breath, and then begged Don for an explanation.

“That’s the Bum Boat mating up with us,” he said. “They’ll drop a ladder to bring the harbor captain aboard. We don’t need him, but we have to pay, and do what we’re told. Kessler hates giving control over to anybody though.”

I did not have to puzzle over that comment.

“We’ll pull into port this afternoon sometime, but we’ll not be going ashore until early tomorrow,” Don said, rising from the bunk.

I walked over and closed the door, which he had left ajar.

I turned and inquired: “How long will we be in port?”

Don sat back down as he calculated.

“Ah, do you mean how long do we have to conduct this business of yours?” he replied, adding “At least the day. We almost always leave mid-day next, which gives us a day and a half, maximum. If Kessler wants to leave, there’s nothing to stop him, except exit immigration, which is almost non-existent, once we’ve paid the necessary bribes and fees, and collected all the passengers, of course.”

Don rose examined my other bunk. It was made, and, obviously, had not been disturbed.

“Ah, I note that this bunk has not been slept in,” Don said, running his hand over the top of the flat blanket. “How did you get rid of Benito?”

He elongated those words, his eyes falling to my unmade bed. I played along.

“No, she didn’t stay. I used a string and this.” I reached under the bunk and produced the sealed bottle of water.”

“That’s Santeria stuff! Marlys. Yemaya. You used the services of Yemaya. Are you crazy?”, Don questioned.

I recalled Don’s Catholic orientation, going back to my first day on board, and his fixation with the Miracle of Fatima.

Religion was such a powerful force in history. I knew better than to oppose it. I revealed to him the story of Marlys’ mother, trapped into servitude in Sri Lanka by Hathoot and his cronies, whoever they were. Don placed both of his huge hands against his temples and squeezed.

“So what did you promise her? Gold? Citizenship? Sex? What?” He let his hands fall, limp against his side.

I composed myself before addressing his concerns. “Her mother, of course, and some freedom.”

Don stepped to the CD player. He examined it before looking me in the eyes.

“Like in the song”, he said, without either making it a question, or making light of it.

We breakfasted in the Filipino mess. Half a dozen eggs, plus fish they had caught over the fantail, once we’d hit calm water and a slower speed. The eggs were over easy, the only way they served them. Filipe entered while we were still eating. He approached, and then looked-for approval before sitting. Don and I both nodded back. Filipe drank black coffee. He made no attempt to engage us, as we discussed the layout of Provideniya and its surroundings. I was particularly interested in the Commissar’s home, which was located about forty kilometers outside of Provideniya proper. In one of our few silences, Don reached out to Filipe.

“We need assurance that once we’re in Provideniya, the World Discoverer does not leave port until we get back aboard and give the okay.” Filipe listened to Don’s plea without expression.

A minute went by while I finished my fish and eggs. Filipe nodded. Twice. He smiled very slightly, and then nodded more vigorously, over and over again. I wondered if my ground assault team was not just a little bit too enthusiastic about the coming mission.

I drank from my cooling coffee and addressed both men.

“Well, at least the doctor will be remaining aboard. We don’t have to worry about any prized carving being light-fingered from the anthropology museum in town.” I smiled at the old doctor’s expense.

Filipe leaned close to Don and confided something, a confidence which Don quickly shared.

“Filipe says that the doctor only admires and enjoys the carvings of the natives. He doesn’t collect them.”

The doctor’s words from the night before now came back to me: “...thank you for the help you think you have given me.” Abruptly, I got up from the table, threw down my napkin and headed for the infirmary. The metal hatch was open. I entered, and then dogged the hatch behind me. The doctor reacted in surprise, from behind his small desk. I paced in front of him.

“The carvings,” I began, and then hesitated. “Where do they go?” I decided to accuse him of nothing. That he had taken carvings was beyond question to me, especially after finding his bag stuffed with them after Little Diomede, but I was after bigger fish. The old man looked down. He withheld an answer. I continued to think and pace.

“What do you earn for being this ship’s doctor?” I asked, taking a different tack.

“Who is it?” I said, stopping next to him, my hands on my hips. “Who’s paying you to take the stuff? How much morphine is going out of Russia and into those same hands? No ship carries enough morphine to medicate its entire crew, three times over, not even a combat ship.”

I tracked a tear running down the man’s face. He took off his glasses and wiped his cheek with a tissue. I waited, feeling sorry for the old man. I was not aboard to investigate for the DEA or to represent native law enforcement with respect to missing native art.

“I don’t care,” I assured him. “Nobody is going to know. You owe me. Let me help you.” I spread my arms, in exasperation and frustration.

The doctor focused on his desk, his head bent down until his forehead almost touched its surface. He uttered one word, unintelligibly. I leaned down so my head was next to his.

“Hathoot,” he whispered back. I stood straight up. It made so much sense. Why had I not thought of it? Hathoot, the master manipulator. He always operated at arm’s length, with people in between himself and every evil act. I paced for a bit, then stopped. I patted the doctor on the back.

“This is good news. Things are going to be just fine from now on, doc.” I undogged the hatch and left.

I headed for Benito’s cabin. It was time that she and I came to terms, about a number of things.