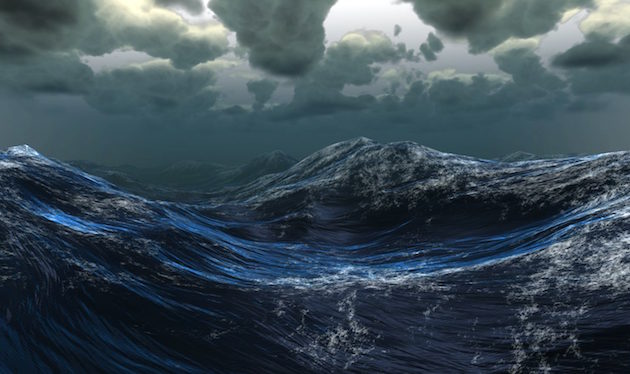 Sheriff Maxwell and I sat on either side of his old, cast-off military desk. He had laughed heartily when I had inquired, nervously, about whether he was related to Agent Maxwell of the Department of Immigration.

“You’re supposed to be the anthropologist and you can’t tell the difference between an Aleut and a Yupik?” he had scolded me.

I knew Agent Maxwell was not of visible Eskimo heritage, and I said so. The conversation had died there, with no real answer to my question, although I did not sense the kind of layered deep anger, which would have existed if the two men had been blood relatives. His next question moved us beyond small talk.

“Where’s the doctor?” He asked.

I just looked back at him, not answering. Benito was the cruise director, and this man would know that, so what was I doing being smuggled off to his office? I presumed that the doctor was still aboard the 'Lindy'. Besides, my answer to his question could be easily disputed.

“You have need of medical care." I asked, innocently, expressing as much concern as I could generate sitting in a law enforcement officer’s cubicle on a throwaway Alaskan island.

I queried, going along with the strange communication exchange we were engaged in. He poured two cups of thick black ‘cop’ coffee, which I knew to be bad without even tasting it. I sipped anyway. Normally, I took cream, or some of that fake yellow sweetener, but I did not want to break away from our stilted exchange. So many complexities had arisen during the expedition cruise that I needed to figure out which part of the mess I was now entangled in.

We both sipped. I knew that he knew that the person who spoke first would place himself in the weaker position. Did he surmise that I knew that? I waited more than a full minute. He had called me in. I did not care what he had to say. He obviously needed something. I dawdled.

“Where is the thieving bastard?” he finally ground out, unwillingly.

I hoped my relief was not visible when I heard his words. I sipped more of the terrible coffee. I was not done stonewalling. Sheriff Maxwell lowered his own cup to his desk, and then leaned forward, much as Kessler had done during our meeting earlier.

“He stole at least ten important carvings on his way through here a month ago. These are trusting people,” and he waved his arm to take in the community.

I didn’t mention anything about a small native village of less than four hundred people having a full-time uniformed sheriff with his own facility. I flicked my eyes to where he motioned, then brought them back to stare into his. I nodded, and then uttered my first words.

“Why am I here?” I asked. “There are Yupik on Little Diomede Island. They’re the majority of the population. Did you know that?” I inquired, poking like an anthropologist would. Arrogantly.

He replied: “We want him. He’s been thieving up and down these islands for most of the year. These are poor people. They have been violated, and they need the money those carvings bring in.”

At that, I put down my own cup, before attacking.

“Each one of these “poor” natives receive an income of nearly fifty thousand dollars a year, from the government and the state oil revenues. They must have terrific expenses, I mean, to be so poor.” I picked my coffee back up, as did he.

We smiled in unison.

I knew the price for ten carvings, and I figured that the native carvers were never going to see a dime, or the price would have been higher.

“You know,” he said, once he realized that I fully understood, “usually the cruise director handles the affairs of the ship. How come it’s shifted to you?”

It was a fair question, and an accurately uncomfortable one, so I dodged it.

“Our cruise director has developed a bit of an attitude problem, so here I am,” I said.

I pictured Benito sitting across from him, being hit up for thousands of dollars in outright extortion. The results would not have been pretty.

“I need to get back to the ship for supplies,” I announced, standing up.

“I have your word?” he said, holding out his hand.

I perplexed over what he had heard that allowed him to trust me, before I answered.

“You have.” I told him and took his hand.

He then reached for a portable radio on the bookcase behind him.

“One to the Zodiacs,” he said, then put it down.

He motioned me to the door, through which I heard the banshee wail of one of the ATV’s pulling up outside.

I rode with Filipe out to the World Discoverer. Nobody bothered to ask what I was doing. The passengers and crew were running around Gambell proper, like large doubled ants aboard the nasty buzzing ATV’s. I had uncharacteristically locked my cabin when I had gone ashore. I unlocked it, and stepped inside, breaking a length of thread which had been run from my bunk to the small dresser. I leaped backwards when I felt the pressure, but it was too late. The thread tripped the ‘on’ selector to a box CD player. A song began to play. I sat on the bunk to recover from the rush of adrenalin that had flashed into my system, and to think. The song was a Johnny Cash tune about a man going around taking names. What was its significance? Was it Botany Bay who had left it for me? It had to be his humor. I hoped so, anyway. I also thought about the chain of ‘smoke signals’ that ran up and down among the island tribes. They knew about the doctor. They knew something about me. They knew about the money. What else did they know, and what kind of problems could I expect when I tried to come home from the mission? I clicked the CD player off after the song had played, curious about what else was on the disk, but not wanting to deal with it just then.

Counted stacks of hundreds sat on my bunk. The Agency was so idiotic sometimes. Why new hundreds with consecutive numbers? What kind of pea-brains were running the analysis side of that place? I knew the answer. Children. Macho, attention-starved children. If the nation ever figured that out...but I had to let go of that kind of thinking, at least for the time being.

Unexpectedly, I was running short of cash. There would be no saving the doctor again. I emptied out my little canvas bag, which I had forgotten to take ashore, and stuffed the bills inside. I thought about crinkling them up, but then reflected on the man I had faced in that office. He would see right through an obvious ploy, and only become more suspicious. I took the small bag down to the portal where Filipe waited. I motioned him over, grabbing one of the lines so he could approach me. I gave him the bag with instructions. When I turned to go back to my cabin, Commander Hathoot stood blocking my way.

“Ah, the now famous anthropologist. I would have thought to have been visited by you before now,” he said, in his smooth Lebanese manner.

I almost expected him to curl the end of his mustache, but he didn’t. What was it about everyone with any contact with the Bering Sea? Did they all require something from me, I wondered.

“Marlys works for me. The entire lower crew works for me. Well, except for your staff, you have your own problems there. She is indentured. You understand that?”

I gave nothing to him. I just continued to stand.

The Lebanese continued, “She’s not going anywhere, no matter what she’s told you. She owes twenty thousand, and she’s going to serve every bit of the three years she signed on for.”

I could not help but smile upon hearing that. On top of everything else, I was aboard a slave ship. I wanted Hathoot to go away, which he did. I leaned against the nearby bulkhead. I now inferred what Marlys needed. I had that kind of money, but it was in Krugerrands, and they were indispensable for the mission. I hated slavery and bondage. I had seen so much of it in Saudi Arabia, the Philippines and even Venezuela, and had always found it abhorrent, practiced by humans who were not humans at all. They were primitives disguising themselves as civilized. Hathoot had revealed himself to be truly evil. Of all the crew on board the Lindy, he was now my lone sworn enemy returned to my cabin, locked the door and fell into my bunk. I went to sleep instantly, not thinking of anything, not dreaming.

I awakened to the chain locker alarm, as usual. We were pulling out of Gambell Spit. We would be running toward Provideniya, finally, unless God had even more bizarre plans for me. I showered and prepared to go up to the Lido, gave my short lecture on the amazing Yupik culture, and begin my Mission Plan, which would start with our evening Mouseketeer Pirates meeting. There was a knock on my door, hard and masculine. I wrapped a towel around me, and then undid the dead bolt. Dutch squeezed in.

I shook my head, having learned the arduous way that aboard the Lindy being naked and getting dressed were not considered ‘busy’ activities. I went into the bathroom and shaved, for the second time that day, mostly in an attempt to wait the over-sized boy out.

“You’re not mad at me?” he crooned, from his spot near my dresser.

“Nope,” I answered, shaving some cream off my face.

“I got some morphine to replace your other stuff, you know, that you had to use on that guy at St. Paul,” Dutch said, as if making an offering.

“Great,” I responded, waiting for the boy to get to his point.

I grunted my assent.

“Even if we have to kill somebody, I mean,” he went on.

I stuck my head around the door jam and looked at him. He was dead serious. I was about to pass his comment off, then thought better of it. The cruise had so far proved to be the stuff of B-grade horror movies. There was no predicting where anything would go. And I was, at the moment, extremely angry with Hathoot.

“I understand,” I said, seriously, “I’m counting on you.”

I almost fell out of the bathroom as the ship careened to one side. I hung onto the doorknob with my shaving cream covered hands.

“What the hell?” I gasped out.

Dutch, bracing himself with both hands between my dresser and bunk, thought it was hilarious.

“We’re in the trough. Usually we move south, with the swells, or North against them. The worst is riding in the trough between them, and that’s what we’re doing. It’s going to be a rough night.”

Between troughs I tried to get my clothes on.

“What’s on this?” Dutch said, more to himself than me.

He clicked the CD player on, then pressed rewind. When the machine reached the end of the tape it clicked. The song played and Johnny Cash’s lyrics came forth again...”and he decides who is free and who is to blame.”

The Man Comes Around