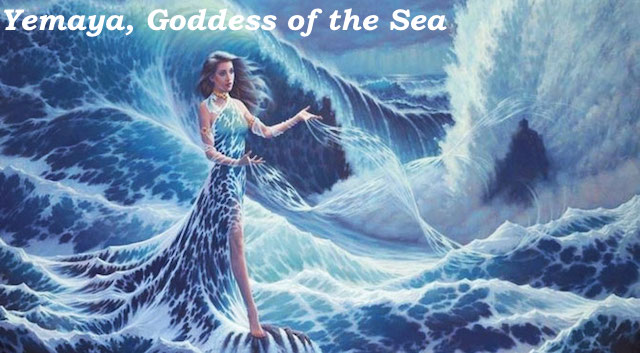 I stepped aboard the expedition ship, leaving the city well behind me and wondering whether I had made a wise decision in taking this assignment. I looked back at the town once, not in any kind of wistful way, as the place (for all its Alice in Wonderland charm), was really just another broken down fishing village set along a hardscrabble shore and filled with some tough human beings.

A beautiful young woman, wearing a distinctive necklace, encountered me at the top of the gangplank. Her necklace immediately caught my attention. I counted seven blue, and seven white marble-like stones, set in a long single strand hanging just below her throat. My eyes caught a small reflection from near the deck. I glanced down to her ankle. A silver string of dolphins, set nose on nose, was encircled there. The hair on the back of my neck went up as I stopped in front of her, like I’d been ordered to by some unseen and unheard drill instructor.

“Welcome aboard,” the stunning woman said. I noted that she was Dutch from her accent. Even though I had never met a Dutchman I hadn’t liked, I took her hand guardedly, and then released it as quickly as I could. I didn’t want to make her aware that I wanted as little physical contact with her as possible.

“Thanks,” I replied, stepping back and thinking furiously. Three months earlier I had met a strange man at a coffee shop in Wisconsin. He’d taken a seat, uninvited, at my small table. He had been an intelligent man of Cuban heritage. ‘Juan Teigo, Priest of Santeria,’ he’d termed himself. After discoursing lightly on a number of subjects, Juan Teigo had suddenly changed. His voice lowered, and his words came out dark and mysterious.

“Yemaya,” he announced. “You are going to meet Yemaya.”

I looked at him blankly across the table.

“Yemaya?” I inquired. He laughed.

“I know certain things,” he went on, “and I know this. You will meet Yemaya soon, the Goddess of the Sea, and you will know her by a necklace of seven blue and seven white stones. Upon her ankle will rest a silver ring.” Then the man had risen and walked out of the coffee shop. Once outside, he’d turned, and then walked back and re-opened the front door a crack. I had barely heard him say, “She’s an impish one, that Yemaya, be very, very wary.” The strange hypnotic way he had spoken those words affected me deeply. They were burned deep into my memory.

“The cruise director wants to see you in her cabin,” Yemaya stated (her name tag said “Marlys”), then pivoted and headed through a doorway behind her. I followed, shaken to my core. I did not believe in superstition. I was not religious, in spite of my Catholic upbringing. But if there were a religion I might follow, it certainly would not be the Afro-Caribbean cult of Santeria, which drew from voodoo, animal sacrifice and other mumbo-jumbo that Juan Teigo represented. But here I was, I reflected, following Yemaya, as pre-ordained by Priest Teigo, down the long internal corridor on a ship as foreign and bizarre as the Gold Dust Saloon I had just left behind in Nome. Marlys and I reached the end of the corridor. We stood together at a wooden door. She knocked twice, smiled my way, and then departed. With some relief, I watched her shapely body disappear. I sighed deeply.

I stood outside the door until a loud voice from within shouted: “You going to stand out there all day?”

I shook myself, squared my shoulders, and opened the door. I stepped in, closing the cabin door behind me. Once inside, I set my duffle down. I looked directly across the cabin to the far bulkhead. I had noticed a rather substantial woman, standing with her back to me, when I had entered.

“Hello,” I offered, tentatively. Her large head turned. I almost did a double take. She was the spitting image of a female version of Benito Mussolini. I smiled crookedly at her visage, trying to take it all in, but not react.

“You’re Patton, the anthro guy,” she stated flatly. I wanted to respond that I was indeed “Patton,” and that I enjoyed a special proclivity for the consumption of human flesh, but I did not.

I nodded, “Yes, I’m Doctor Patton…” but I got no farther.

“Not here,” she interrupted.

“Not here?” I queried, caught at a loss.

“We don’t use titles aboard the ship,” she lectured me, “not among crew staff, anyway.”

I thought for a moment.

“Ah, then what’s the captain’s first name?” The cruise director’s aggressive attitude, coupled with her appearance, irritated me on some level I could not pin down.

“Don’t be a smart ass, or you won’t last the day aboard this vessel. The Captain is the captain, of course, or at least he’s the captain for now. Our normal captain is on leave, so this one is really our first mate. But I’m not talking about the crew. I mean the rest of us who work with the passengers.”

“Oh,” I shot back, wondering just what hard-earned title she herself had given up in this odd bargain.

“And another thing,” she went on, “We all have a variety of tasks, based on our backgrounds, which we have to perform while aboard, other than those which we signed on for.”

My eyebrows went up, but I bit my tongue. I just stood, with my eyes wide and round.

“You’re also to be the Physician’s Assistant and Deep Sea Diver if we need either.”

Again I said nothing. In two minutes time, I had lost my academic title and been assigned to tasks which I had played at, but never in my life had considered doing for a living. I thought dizzily to myself about what had happened so far that day. I had just come from spending a good portion of the day working as a waiter and scullery maid, plus I had met a prophesized Goddess of the Sea and reincarnated female version of a dead Italian dictator. I was and continued to, be in shock ever since landing at the airport, now seeming so far away, in Nome.

“Do I call the doctor, Doctor?” I asked, my face expressionless. But my straight-man humor was met with a stonewall.

“You’re going to be one of the difficult ones aren’t you?” She shifted to look out her single porthole, instead of at me.

I knew the interview was over. I grabbed my duffle roughly, threw it over my shoulder, and went out into the corridor. I walked toward the light I could see at the hallway’s end. “See the Purser for your berth,” her voice followed me down the hall.

“Like I know what, or who a purser is, or where he might be. “ I whispered to myself when I was sure I was out of earshot. I trudged back to the gangplank. There, Marlys presided, as before.

She directed me to another corridor, which led to another numbered cabin door. The purser was not there, but some assistant was. He gave me a cabin number and 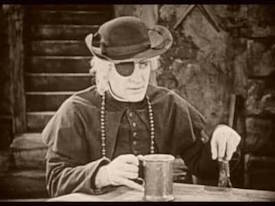 Abbe Faria from the Dumas classic, The Count of Monte Cristo

directions. I found the cabin without help, after exploring a bit, as I was uncomfortable having the “Goddess” anywhere near me. I entered the door to cabin 36 and was immediately reminded of Edmond Dante’s’ cell on the Island of the Chateau d’If in The Count of Monte Cristo. A man was sitting on one of the two bunks. He was smiling as I approached.

“Donald Cook,” he said, with his right hand held out. I shook it, dropped my duffle, and then sat across from him on the remaining bunk. I had had access to information on some of the people serving aboard, but the significance of meeting them in person was much deeper. The man in front of me more closely fit the role of Dumas’s, Abbe Faria than a crewmate.

I didn’t give him time to answer, as I rapidly continued, “There’s a Goddess of the Sea welcoming people aboard this vessel, a Captain skippering the ship who is not a captain but must be called Captain, and a woman who looks like Mussolini running the whole damn show. I’m the real doctor’s assistant, a deep-sea diver, in addition to being the anthropology lecturer, just maybe! Is this a ship, or some weird stage scene for a nautical Catch 22?”

I finally ran down and stopped. He started to laugh. Pretty soon I was laughing too. Extra-hard.

“Where the hell have I landed?” I squeezed out, “And is any of this real?”

The ship’s great horn began a series of deep long groans, and I could feel the deck under my feet shifting and moving.