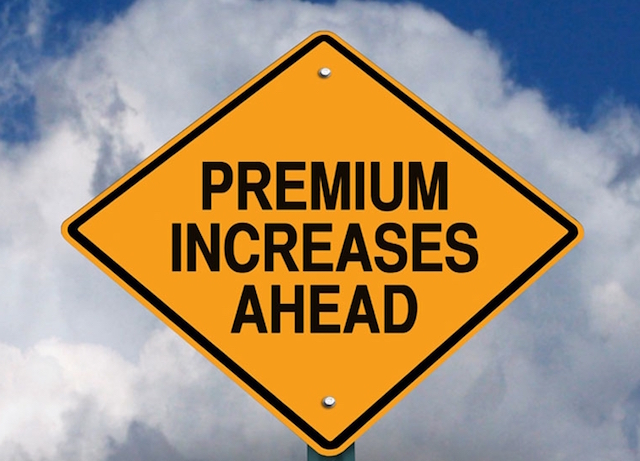 It's all about the money.
Obamacare. Oh, the idea was great and the law well written, except for one part. That part was the part that made no demands whatever on what insurer's could charge or increase or anything else financially. Expecting American Medical Insurance Companies to do the fair, right or heartfelt thing is like expecting ISIS to send everyone Christmas presents for the coming holiday. Presents that don't explode, I mean. So the new law had to toothless in order to pass the republican controlled congress. And there it was. Failure built in. Tons of people were added to the insurance rolls so that the companies could have fertile ground to jack the rates once the people were in. And, guess what? That's exactly what we're seeing today. The effective rate of inflation is about two percent. But medical rates? Ten percent, and more on average, across the country? Based upon what? BTC.

That's right. Because they can. Nothing to prevent them, and these are about the same nice people who run the airlines and who run the energy companies. America has a bunch of evil cretins involved in running its corporations and until they are rooted out and left upon some god-awful polluted beach of deserved despair nothing is going to happen good, except the sub-middle class, part of their new invention passing itself off as "Don't worry be happy patriotism," will continue to prevail.

Misery is not happening by accident ladies and gentlemen. Now, start thinking and then doing. Take your country back, not from the government, but from the corporate executives who run the government!!!!

This weeks Opinion/Editorial, in the Geneva Shore Report, might shed some light on HOW we can take back some of our unalienable rights.