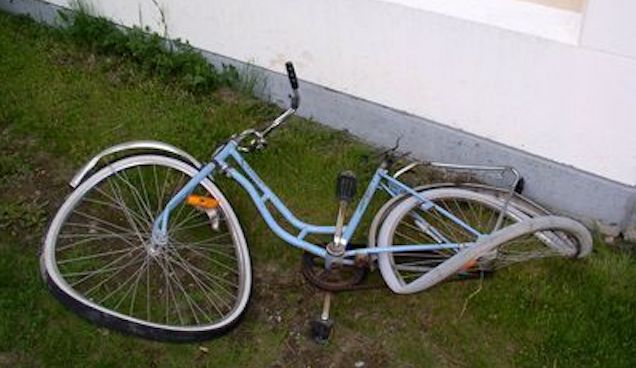 Think of a bicycle.
The bike is fine at speed. It remains upright and directionally easy to turn, to slow, to speed up and more. But, if the bike slows way down, the stability brought about by the spinning gyroscopic effect of its wheels begins to lessen, and then goes away. The bike stops and, without almost any time at all passing or any fanfare, the bike slowly falls over. We have all experienced this effect.

Think of the great American economy in the same fashion. The economy can go blindingly fast and then the only thing that has to be done is to steer it away from potential obstacles and keep it on course. The economy can slow, something normally referred to as a recession, or even a depression, and the effect is a much more sluggish reaction by the machine to any input and a loss of stability. The combined leadership of America has gotten together to experiment and see if the economy really does react like a bike.

America is stopping and much of it is already stopped. There are colleges and universities indicating that they will never re-open (what a devastating blow to the existing and even graduated students), just as there are restaurants and businesses across the vast spectrum of the economy that are making the same decision. Small business, really small business, and not the SBA crappy definition of small that sucked the 350 billion up like it was never there (500 or fewer employees or 25 million or less in revenue), but the true Mom and Pop stores that dot small and large population centers alike and have a lot to do with the ambiance and the very depth of the American experience, are going away.

They are being killed by a virus that will never touch them, never even pass close by. The virus has become the leprosy of the modern era. Untreatable. Uncurable and soon to be untouchable. Testing is not about making people feel better about not having the virus. It's about finding out who has it in order to begin the leprosy-like isolation. Meanwhile, the truly killing results of the nightmare reaction to this new untouchable disease mount day by day. In a month, or so, voices will finally begin to be heard, and they will be crying in the distance: "What have we done?"