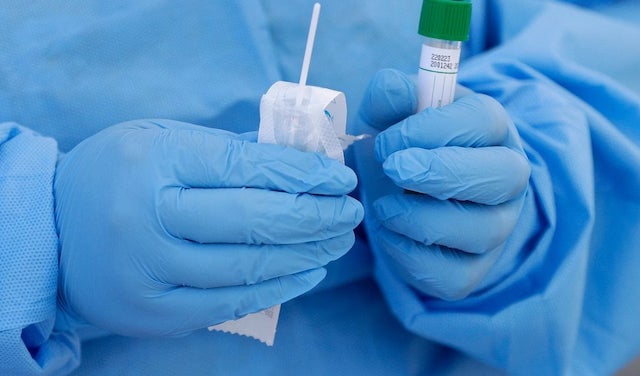 The first glimmerings of distant troubles, coming on the heels of the virus assault, and the assault on the public by fearful leaders to this disease.

Testing and the immunity question. Testing, which is likely to become mandatory, will break society into two groups; those who have had the disease and are now immune, and those who have yet to be exposed to the virus and wait their turn to run the gauntlet. That’s the physical part.

The social part could become problematic. Those who are deemed to be immune would have full freedom to do whatever they wanted and go wherever they wanted, just like all citizens could before the advent of the virus. Those who do not have the antibodies, through testing, that indicate they have had the virus will be relegated to a lower order of citizen humanity. They will be allowed to do about what most Americans are being allowed to do right now…almost nothing.

Today this division isn’t there but it is coming. When voluntary obedience to the rules does not work, and this holding the public is complete frozen check isn’t going to work either, for much longer, then enforcement will not be far behind. In Hawaii, citizens are being invited to turn in friends, family, and neighbors if they have been required to self-quarantine for three weeks and are not obedient. If they leave their quarters for any reason, they are reported the police are called. Special non-police proctors have also been brought aboard (presumably immune) to enforce the quarantine regulations. No comment has been made yet about how to repair relationships totally destroyed by this process. This is the stuff that seems to be coming.

How do we prepare for it? Who would have thought that hospitals would begin to fail because nobody will go there anymore and there are not enough virus patients who need hospitalizations to replace those who used to go? With tough treatment after testing, who is going to go there and get tested? The government can’t even count its own citizens accurately much less get them all checks.

How is it going to monitor who has tested and all the results?

Your thoughts and suggestions are always appreciated.