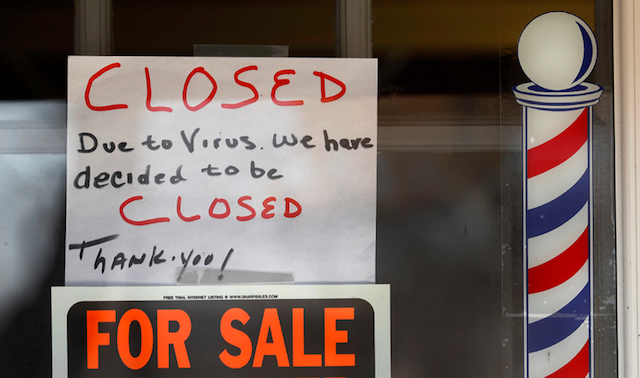 What aren’t we being told?

Well, the unemployment rate hit 14.9 percent today, according to the federal government. The greatest figure of all time was during the depression when it was about 25 percent. The unemployment rate where I live is not 14.9 percent. It’s like fifty percent. City workers in all areas, now cut back, construction workers all over the place and a few odd employers like liquor stores and part-time carry out restaurant stuff is about it, or those employed. The monumental rest of all business is shut down other than the big box stores and groceries which don’t seem to be getting that much business anymore if you stop by. Oh, and those places are not staffed any more than skeletally these days.

So, what gives with the numbers, as states now continue to discuss extending the shut down on through June or even the summer? Some states have opened up. Five states, all republican, joining the seven states that never closed, all republican, are opening conditionally this weekend. That makes twelve. So here we are, asea in a vast ocean where the water is slowly running out of some unseen and mysterious hole at its bottom. How long can the seventy or so percent survive without money ore dependent upon those people who earned it? Unemployment, real joblessness, is at about fifty percent and I’m being generous if you want boots on the ground truth. Many of those jobs lost will never return.

The virus didn’t and won’t kill us, in spite of the daily huge obituaries offered up in every newspaper across the land every day or week. No, the systemic, organized, and deliberate takedown of the American economy isn’t going to kill us either. It will kill a lot of us but that isn’t the intent. For some reason, the intent is to make the country much less competitive and incapable of throwing off any kind of yoke of oppression, favoritism, and revelations of the awful lying of our leaders; democratic, republican, independent alike.

Start paying attention and start getting really pissed off at those you observe who do really, really well at this goes on. Those are the people who did this to us and our formerly wonderful economy.

On a happy note, spend time reading Book one of my first Sci-fi series.
Although there are some parallels to situations today?