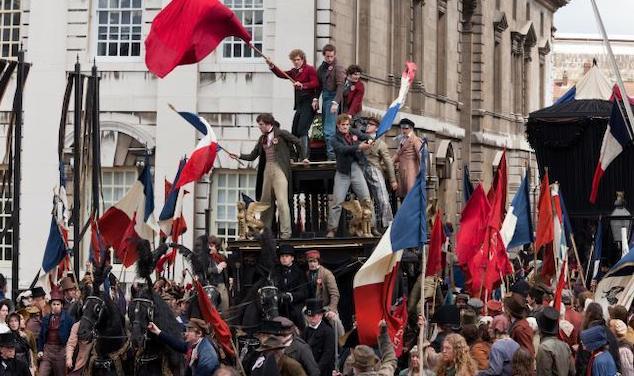 “Do you hear the people sing…”

What is happening to the United States under the pretense of a grand ‘zombie’ sort of unstoppable and super deadly disease is hard to discuss…and stay alive while doing do, or after doing so?

One state after another confines citizens to their homes so as to ‘level the curve’ of the disease’s spread? When there are 40,000 supposed cases wherein 80% or more of those contracting the thing are supposed to recover just fine without much in the way of inconvenience or discomfort? So, what’s going on? Why would any entity or group of entities want all citizens to remain in homes as their jobs die before and around them, as their businesses are forced to close doors and likely never reopen? What kind of risk would it take to allow the public, and finally force it, to submit to being isolated and alone? What’s the real risk demanding this truly draconian behavior, since the virus has not proven to be that deadly?

There is this frequently mentioned mantra: “saving just one life is worth it,” and it’s said on the television with great fervor and intensity now. Well, the nation’s military cemeteries are full of such ‘worth it‘ losses of life. Tell that ‘one life‘ crap to most of my men who died in that awful A Shau Valley back in 1968.

There is something going on and it’s not about disease, except that nighttime boogeyman of a virus in the closet is trotted out to be the something. What can you do to take the hits that are coming, when this current weakly enforced form of non-martial law turns into something much more offensive and deadly? You must remain silent about it. You must wait to see what form it is going to take because we have no real clue as of yet. This may go all the way back to the Kennedy assassinations, to Luther King, to Oklahoma, to the Twin Towers. Not the events exactly, but that fact that nation ate a huge and unbelievable ration of crap each time, even when that nation, by and large, knew that the explanations for each one of those events were a fairly blatant load of poppycock…especially over time.

Something was learned there. What was learned was that national news, combined with the neutering of investigative legal services, and the influencing of elections to support cold-blooded bastards as leaders, would fly…and very likely is flying right now. There is no revolt by the public to being sent home. The public is buying it, just as this cabal, or whatever the hell it is, came to understand that they would. We would. There will be a revolt, but it won’t come for a few weeks yet when the vast majority of the public finally realizes that nobody’s coming. That the kids are hungry. That the banks and large corporations and all civil forces are doing just fine, but not them. Yes, the “troubles” are coming, as they would say in Ireland.

Do nothing. Be careful expressing yourself on the Internet. You must wait and mentally prepare for a coming wave of unknown levels of depression, pain and the losses people around you will not be able to handle without your therapeutic help. Get ready to help. It is your time. It is my time. Do you hear the people sing? Will you sing with them?

Be sure to share your thought below,
I shared Mine