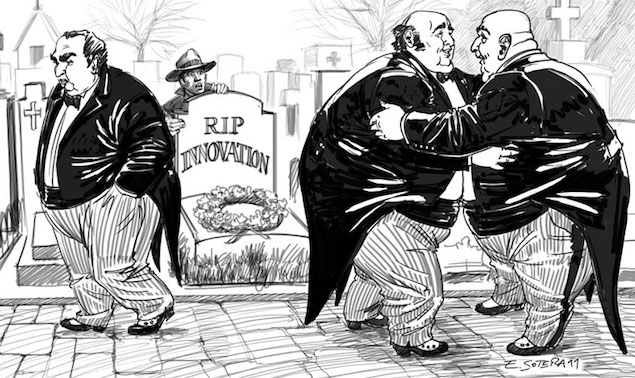 There's something missing over the past forty years, or maybe a few more. New Technology

Are we witnessing the Death of Technology?

It's not the evil of selfish people, neocons or right wing republicans driving this. They've been there through all history. And this is also world-wide, not just involving the United States. What is it? A total lack of spending money on true inventions that change life or on space is present. Mankind is diddling. It's been diddling since around the seventies. And it's been tremendously encouraged to diddle by almost every leader who's served as head of any supposedly civilized country. What can explain this vast failure of developing new technology to continue its skyrocketing upward?

What in hell can have happened? The only thing that I can think of that makes sense is that there is a coming cataclysm that the top leaders know about and they can't or won't tell the rest of us about because either only a very few will survive or maybe nobody. Yes, I know that sounds pretty damned bizarre. But go ahead, you explain it!

We're busy enjoying the profit of past ventures?
The powerful used the tools of advanced communications to control and stop everyone in order to hold power?
Technological innovation topped out?

None of it makes enough sense.

So, on a Sunday morning, I sit thinking about what it could be, or is my over-active mind simply making it all up?