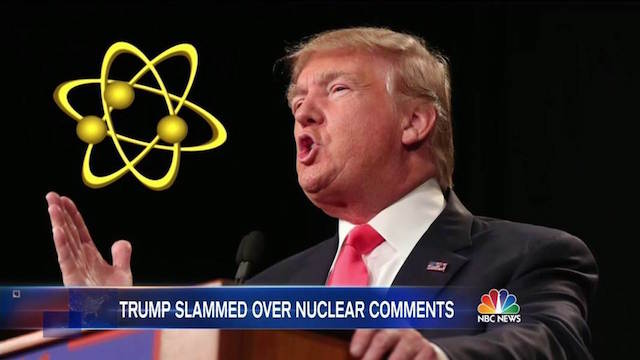 Finally, in the Chicago Tribune editorial section, an editorial was featured that has most of us former agents and White House workers cringing. The public does not understand. It isn’t Donald Trump’s tweeting. It’s not his outrageous promises, the wall or any of that. It isn’t homophobia, his hatred of Hispanics or his kind of White Supremacy crap that truly scares us.

It is the simple fact that the nation has carelessly thrown full instant control of the country’s nuclear arsenal, without supervision or control, and he can use it just as casually as he makes idiotic tweets. So, a lot of us will just begin to worry on the 20th of this month. We don’t hate him or the people who voted him in.

We are simply and quietly terrified of this potential…and we know and you don’t, or won’t believe. That part is hard too.