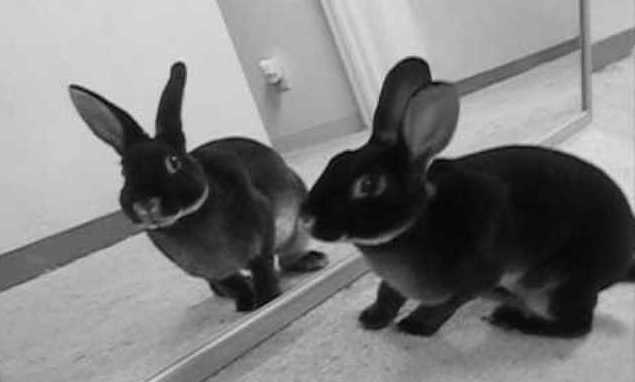 Are we growing a nation of Dumb Bunnies?

Are you wondering why people are seemingly so stupid today? Are you wondering why this current president, evidencing stupidity of presentation every day, got into office? You have a mirror. The problem is that you will look in it and not see yourself, and if you do you will not require the young people around you to look in it to see if anything is there in reflection. The youth of today is perceived to be brighter because they can use a cell phone or computer but those instruments provide no foundational return in knowledge except for how to operate them.

Social media is a web of opinion made up out of mostly warm or hot opinionated air. People can sound like they really know things when they don’t know anything at all.

I told someone, as I tried to explain how a nuclear bomb worked, about physics. That person became irate when I said he didn’t understand basic physics. So I asked him about whether he understood the particles called electrons, protons and neutrons. He asked me angrily back what those things had to do with physics? I gave up. We are all busy giving up as we attempt to wrestle with the main aspect of understanding how the nation came be run by what can only be described is a base line moron. We don’t truly understand that when those of us who supported him look in that proverbial mirror we see him and not ourselves. We are rapidly losing our ability to be self-aware, as the dumber part of our culture, wielding power because of genetics (nepotism promotes the weakening of culture by not encouraging genetic mixing and therefore strength) and because the economic disparity has grown so great that these dumb bunnies inheriting great piles of money and power do not want to be alone.

They want the other dumb bunnies for company. The bunnies are all staring into mirrors wondering where everyone is.