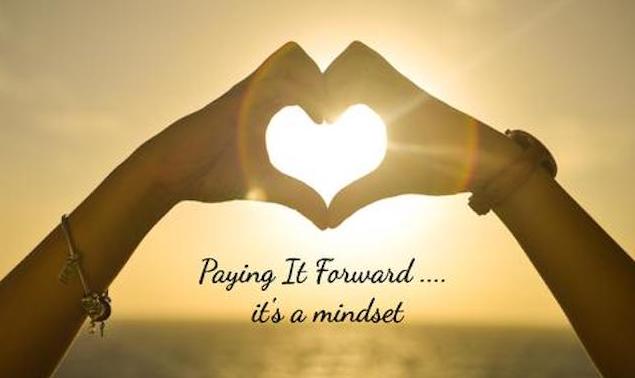 No politics. No crime. Just a good story.

I call the story ‘Eleanor.’

One day three years ago I was at my office when a hundred dollar bill turned up in an unmarked envelope. My people at the Geneva Shore Report are so terrific that they held the envelope (unsealed, and they knew what was in it!) for me, thinking it was something I knew about. I got the hundred dollar bill but had no clue, so I put it in my pocket. I carried it for three days because in my small town it’s hard to pass a hundred. Nobody either wants it or has any change for it.

On the third day, in the afternoon, I had to stop at Piggly Wiggly grocery store to pick up some junk for dinner at home that night. I got out of my car and was immediately approached by a well-dressed woman of about 35 years of age. She was holding a small child by the hand, who appeared to be about five years old. The little girl was also well dressed. The woman told me, tearfully, that she’d run out of gas and had no cash or credit card with her. I hesitated, as I thought about getting gas for her, but I was also in a hurry, and then the hundred dollar bill in my pocket came to mind. I pulled it out on a whim and stuck it out.

I said, “Here’s a hundred dollars that came to me three days ago, and I’ve been trying to figure out what to do with it. Here, take it.”

She took the hundred and seemed shocked and amazed. She asked me if I was sure. I told her that God had made the decision. I also gave her a copy of the newspaper (the GSR) I publish. I went my way and didn’t look back or think about it any further, until a few nights later when I was at a formal dinner. I decided at the dinner to tell the story of the hundred dollar bill.

After telling the story, a very cultured and experienced person at the dinner laughed and said that I’d been scammed out of the hundred, that this kind of behavior was common in parking lots in bigger cities. Everyone kind of bought that analysis and I was a bit chagrined. The woman and child had not at all seemed like they were scammers or gypsies, or whatever. I’ve been around the Horn and the world a few times and I thought I was a bit of a good judge about such things. But I said nothing.

Three years passed. Yesterday, I was at the office when a woman walked in. She asked me, from behind the counter, if I remembered her. I answered truthfully that I did not. She said her name was Eleanor. She stuck out her hand. Extending in that hand was a crisp hundred dollar bill.

She said, “I’m Eleanor. You gave me one like this when I needed help a few years ago at the Piggly Wiggly.”

I accepted the hundred in silence.

“I found you through the paper,” she went on, “it’s a great paper. Thank you for everything.”

She then turned and walked out the door. I stood there with the hundred in my hand, looking down at it. All of a sudden I wanted to know more. What about the kid? Who was the woman, really and where was she from? I ran out the door. The woman’s BMW disappeared down the hill and out of the driveway and was gone. I have the hundred but I can’t go back and tell the rest of the story to anyone. I don’t think anyone would believe me, if I did.

I wonder if Eleanor is local. Will I see her again? Do I need to see her again? Maybe I’ll just keep the hundred separate from the rest of my smaller bills, and wait until God sends someone else to me in trouble. Maybe it’s be a scammer.

Does it matter? It is a good story, and I am smiling at the memory and hope you do too.