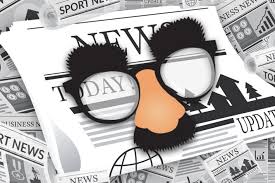 This morning, in an illustration of a graphic example, the national news networks carried a story about how Obama and Trump were at odds (in a battle) over who would have won an election wherein Obama ran for a third term against Trump. That ‘battle’ between them was fake news. Excerpts were shown by these media outlets supposedly confirming this disagreement but the excerpts did not support that. They showed a roundabout answer by Obama when he was asked the question and then Trump’s tweets about it were just as roundabout.

There was no controversy or battle except what the giant pervaders of fake news put in front of the public. The media war against fake news is really a war of control. They want that ability to give you their message and they don’t want anybody else horning in on their shaping of it, including Twitter or Facebook or the Internet. The networks and cable news stations have all become giant purveyors of fake news. It is in finally figuring out that this has become the case across the nation and the world that has brought us all to kneeling at the feet of Donald Trump!