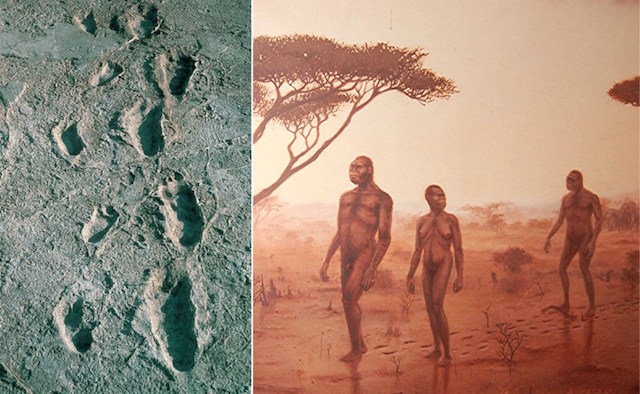 Tanzania. Three and a half million years ago. Archaeologists have found hominid footprints not much different from those humans today might have left, as they walked across a soft mud stretch of ground. Those  footsteps in mud became stone, and then were buried under the detritus falling through the years. What does this mean? This is the third confirming discovery making it very likely that mankind is a whole lot older than almost anyone wants to admit, or even speculate about. Why? Because of the question that cannot be avoided if this is true. 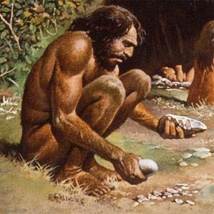 How did it take humankind 3.5 million years to come from walking across savannas and living among the trees to get to what we consider modern civilization today? That’s a tough question, indeed. A couple of hundred thousand years might work or be explainable, but 3.5 million? There’s one answer nobody wants to consider. That the competition among animals, and humans in particular, has held everything that might associate itself with group social development, in almost total abeyance.

That’s right, every time we get a bit ahead, other members of the species surge to the front and rip it all apart in the name of making it their own. Does anything in the current political landscape of America, occurring in the past few decades, lend itself to illustrating the truth of this awful answer?

Yes, there is something….