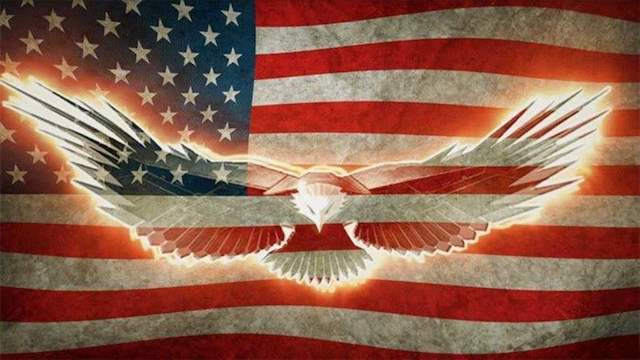 If you do not have power in a democracy, or in any other structure of cultural gathering, then you damn well better have the potential to get power and to be able to transmit the image of that potential to others around you. On this 4th of July, many things should be considered. We don't live in a culture that believes work is good, except for others working. Work is 'punishment' that must be endured and workers can only be had if they are paid as little as they will work for. Money supplies, personal and corporate, are almost all 'proprietary' in nature, so other people don't really know what other people are getting. Ask for help. Go ahead and ask your friends for financial help. They will offer anything other than money, which means they will offer to do nothing (like at a funeral, when people come up and ask if there's anything they can do...and they damned well don't mean cash). You will soon have no friends.

We all survive on a mutually knitted fabric of common goals, desires, and accomplishments. If you are, even temporarily, a break in a thread of that fabric, then the fabric will quickly heal over or isolate that spot...and move on, without you. The question that not many people want to answer on this 4th of July, or on any that preceded it, is 'how do we get to a better place in order to experience more bliss?' How do we get to a place where we all wake up in the morning determined to do better in the new day, and reflecting on how good we did on the day before, instead of regretting what we did that day before.

The country's attempts to actually interpret and apply those wondrous sentiments expressed in the Declaration of Independence and the Constitution are laudable and continuing, although often set back by individual, and then groups of humans, who simply want to take until they die in place, while still taking. Those are also the ones who are constantly on a treadmill, running from what they regret about what they've done on the days before. We watched four years of 'taking' go by, as we did through the eight years of the Bush Jr. reign. The movie wherein Michael Douglass declared "greed is good" was a primer for what was to happen in reality. People can be convinced that taking and greed is good...and for a while that works. But not forever. Eventually, the culture rights itself and decides at its very core that it wants to be happy again. The bliss is not in the taking. It is in the giving.

Read the New Testament. That 'man' gave it all, time and again, and taught what I am simply repeating. Why is he so hard to follow? Why is he so pleasing and easy to read but so difficult to take the words and then really apply them? Because greed works in so many situations, but greed is far far from being good. Step back and take a hard objective look at some men you've watched for years. Is Trump happy? Is Cheney happy? Is Bush happy? They took it all and have it all, but what have they ended up with? The eventual result of greed is misery, but that misery is invisible until you reach the point where you possess it. When the Declaration was written the three parts: "they are endowed by their Creator with certain unalienable Rights, that among these are Life, Liberty and the pursuit of Happiness," that third part (the pursuit of happiness) was actually penned in by Thomas Jefferson. The original word those words replaced was 'property.'

Don't forget, it is imbued in you and assigned to you, yes you, the duty and responsibility to make all of what has been built a place that is filled with bliss, not greed. This culture is not yet for the weak, the poor, the homeless, the aged, or inform. To help those people be real citizens and enjoy this bliss I write of, you, yes you, must have power, or be able to project that you have it or will soon have it in the future. Now, go forth and be a real American, starting on this 4th of July.