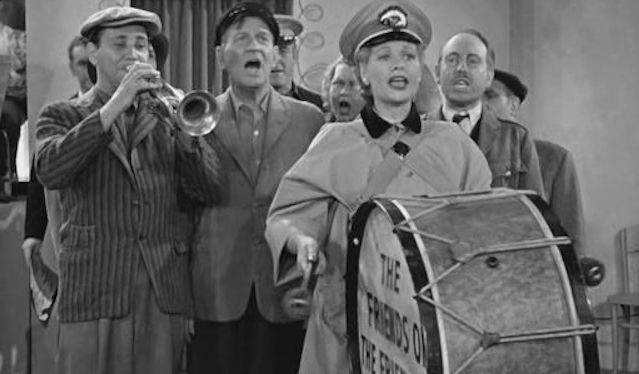 FRIENDS OF THE FRIENDLESS

OPINION/EDITORIAL from my Newspaper,
The Geneva Shore Report, January 8, 2020

There was once a bit of humor portrayed by two hoboes talking to one another on a park bench.  They were having one of those not uncommon hobo conversations about the meaning of life because there’s not much else to do, except maybe scavenge around a bit when you are a hobo.  They were discussing the greatest invention of all time.  They covered the atom bomb, computers, and even electricity before discarding them as not totally fitting as the greatest ever.  There was a moment of silence while they considered.  Finally, one of the men raised a finger into the air.  “I’ve got it,” he exclaimed.  “What is it?” the other hobo inquired, anxiously.  The hobo with his finger in the air lowered it to pick up his thermos.  “It’s the ‘thermos,” he stated, holding the tubular vessel in the air.  “The thermos?” his buddy asked in shock.  “Yes, the ‘thermos,” the other man said.  “You put hot things in it and they stay hot.  You put cold things in and they stay cold.”  The two men looked at one another.  “Why does that make it a great invention,” the one hobo asked.  “How do it know?” the other responded.

How do we know who our friends are and who is simply using us for their own survival or warehousing for survival relationship?  How do we know?  Around the holidays most of us give pause to consider this question, even if we don’t specifically isolate it for detailed analysis.  The question is always there unless a conclusion has been arrived at due to a previous circumstance in life experience.  Just about everyone on earth, by the time they reach a certain age, has figured out that real friendship is almost impossible to arrive at without action.  As societies have been driven or attracted ever deeper into the arrival of electronic communications and presentation, spoken and written words have cheapened.  Quite possibly it is only the perception of these things being taken for less that is involved, as electronic communications have also educated the public much more deeply about such things.

Nevertheless, the proof of friendship is in the actions leading to such a relationship;  friendship is defined as an emotional bonding for life as deep as family, and in many cases, deeper than family relationships.  The expression “you can choose your friends but you don’t get to choose your family,” being recognized by almost everyone with its uncanny accuracy and applicability.

What are these actions that must be present to form relationships founded on steel foundations?  Generally, they are not good ones.  For the most part, it is in times of trouble that the actions of potential friends can be measured.  The actions of the friend, particularly when linked to the other person, must be those of angst and hardship overcome.  They must evidence a loyalty not otherwise demonstrated, even by humans who know one another well.  A combat veteran was once asked about the other vet he’d shared foxholes with: “how do you feel about the fact that a soldier you served with ran away from a battle?”  The vet thought for a moment before replying.  “I wouldn’t be here if I hadn’t served with a man who knew when to run.  When he ran I ran with him.  We are both here at this hearing today because of his good judgment.”

Isn’t serving the specific over the general part of arriving at a decision to befriend.  The veteran who ran was making a survival decision for himself and his buddy against the potential outcome of the whole.  The country might find him guilty of cowardice but the country could hardly find him guilty of not being loyal to his fellow soldier.  And such is friendship.  The best friendships are often forged under such circumstances, and once forged, they are immutably bonded against other acts that might seemingly divide but pale in comparison to the actions that brought about the friendship.

In one of the episodes of the successful ’50s television show called I Love Lucy, Lucille Ball’s character is seemingly betrayed by her best friends and her own husband over some issue.  Lucy leaves her apartment, goes down into a nearby park at night and rises up the homeless people to march.  With a big drum, they parade around the park chanting “friends of the friendless.”  It was hilarious.  It is not quite so funny to be in that situation, however, as I am sure some reading this can identify with.  In reality, there is no crowd of homeless waiting in the darkened park, no drum, no chanting. There is only a lack of direction and meaning for those who’ve either never been able to build friendships and tribal ties or been unable through their actions to sustain them.

Let the coming of this 2020 entry into the New Year allow those who are capable of reading this to understand what must be done to avoid living and dying alone. Find the commitment, the spine, the ability to express inner honor outward to those of value around you. Only bliss can follow from making the effort and then judging others by the same standard used to judge the actions of one’s self.