From The Wilderness, Article Eight 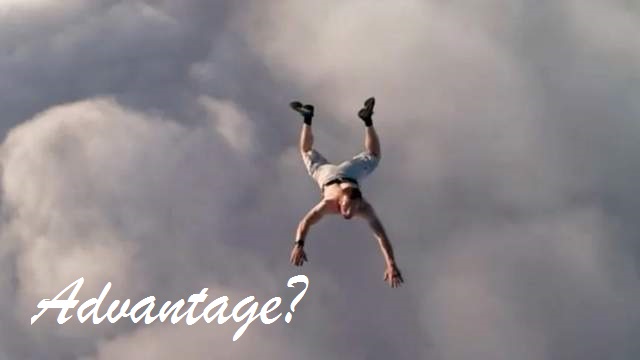 The second third largest outlay of federal money from the annual national budget is the money paid for Medicare (Social Security and Defense have bigger budget shares), and of that 250 Million goes to the bogus medical system called Advantage, sometimes, and erroneously, referred to as Plan C (Plan A being hospital care and Plan B being doctor’s visits and other stuff under regular Medicare).

Not only do these bogus private insurance companies collect one-third of all the Medicare funding but they also charge premiums on top of that payment, depending upon the health payments required in the counties where people join are pegged to be.  Not only do these rotten companies limit coverage by using special selected doctors and facilities to allow services (unlike regular Medicare where patients can go almost anywhere and to any medical provider), but they use a special system to rate their coverage payout structure (that’s right, the Advantage members don’t always have their full claims paid!).

This system is detailed:  “Each county in the United States has its own benchmark. It reflects the practice patterns of resident healthcare providers that bill Medicare. Practice patterns differ among counties, so their benchmarks also differ.  When the plan’s bid is greater than the benchmark, the person enrolled in the Advantage plan pays the difference between the two amounts. This payment is a monthly premium. A person pays this in addition to the Medicare Part B premium. If the bid is lower than the benchmark, the plan gets a rebate from Medicare that is a percentage of the difference between the bid and the benchmark.”  What does this mean?  It means that if this ‘benchmark’ is used as a measurement of how much to pay of a claim, yet the person with the plan has no idea such a benchmark even exists because that information is considered proprietary and not to be revealed.  That benchmark is used for all medical care because the individual surrendering Medicare coverage to join Advantage cannot go back to Medicare and loses the regular Medicare coverages.

If you pay into Advantage, thinking you are getting more for less than you are in for a shocking and nearly criminal surprise at some point. The sales presentations designed to get you to buy in are just that.  There’s no real dental, vision, or hearing coverage.  The reality of the coverage only allows for ridiculously small payments for any of these supposed services.  A root canal and crown are still going to cost about $4000.  Hearing aids are about the same and forget any kind of glasses you might actually wear.

What’s going on?  This new theft of Medicare money is not political. The democrats approved the $250,000,000 payment this year and the republicans for the four preceding years.  It’s about the money.  About a hundred billion, at least, is being siphoned from Medicare to pay for profits in these companies and the many millions of compensation for the company’s leaders.  Read carefully what has been written here if you are considering an Advantage plan.  If you are already enrolled see if you can bail out.  A heart attack could set you back many thousands of dollars under advantage, depending upon the benchmark you can’t know about in the county you purchased the plan from.

Theft crosses all party lines. It’s very hard to keep track of stuff like this when the television in your home is spewing nonsense from the likes of Joe Namath and Bill Shatner.  They get paid fortunes to flat out lie and there’s no penalty for lying in ads, or otherwise, when on television.  You will not get any help from any governmental agency if you buy into this crap.  One-third of all Medicare participants have bailed out of Medicare and are headed down toward a very rough ‘landscape’ without knowing they have no parachute.