From The Wilderness, Artice Thirty-Nine 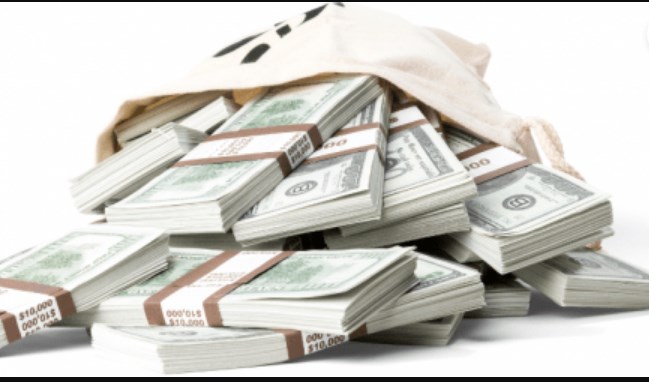 People who have ‘real’ money don’t talk to other people about their money.  Ever.  Unless it is one of the other people handling their money, and then they divide up the management of that money so none of the advisors or handlers will have a true understanding of what they have.  The wealthy men and women who make it to the Forbes list of the wealthiest, published once per year, hate being on that list and work heartily and steadily to stay off it or get off it once on it.  The fact that a very few people own most of the land surface of the planet and the assets added to that land is not something that’s comfortable conversation for almost anyone, particular those who are the owners.

This article isn’t about the damage, or potential damage, of having only a few people owning most of everything.  That the wealthiest people on the planet (ten percent of the entire population) own eighty percent of everything there is to be owned is problematic, for present day life as well as on into the future, but it is the discomfort, depression and misery of most of that ten percent, and the increasing inability of them to be a part of the human social order that is of concern here.

We watch it on television, as some of these wealthy are interviewed, and many times audiences are struck, almost one and all, but the seemingly stupid disconnection most of these mega-wealthy appear to demonstrate when they speak or Tweet or Facebook in public. It is easy to see the results of the amassing of huge wealthy if one pays close attention to these communications.  Elon Musk’s development, going from almost a perfectly normal and average intelligent person with a happy family and business life is a perfect example of what the effect of gaining super wealth is like.

Elon Musk is not demonstrable any of what that earlier description assumes or implies by carefully measuring his speaking and performance during and after his transformation into the world’s richest man from his rather humble beginnings.  He’s gone from being observed to be a perfectly rational, humble and very likeable man into some kind of caricature of man, saying things that seem to have no rationality to them…almost to the point where it seems that he’s being modified by some super-strong psychotropic drugs.  He’s also seeking a much large voice (by purchasing Twitter) in order to broadcast these new messages; he finds totally rational and accurate.

Removal is the most viable word that can describe what happens to the super-wealthy.  They become, ever so slowly or even quickly, removed from the social order.  They no longer have regular friends, family or relationships outside the ‘aura’ of the wealth.  They travel in private aircraft, so as to only ever be exposed to any humans other than those they pay to be there and provide services.  They ride in private limos and no longer drive.  They move from privately owned chateau to chateau around the world.  Mr. Murdoch has 17 of those, for example, all empty, staffed, paid for and waiting for one of his infrequent visits. The removal of these people from the social order comes, almost automatically, as a protection from physical threat, harm or continuous begging for the wealth they possess.  When exposed to a regular public gathering, except for being surrounded by security services, there is no escape from almost any of that.  The effect, brought about by vaguely justified fears, results in an alienation from personal communication and therefore the reception of meaningful, accurate and emotional input.

The vastly wealthy become alone.  Over time they also become angry about being alone, similar to what many Hollywood or rock stars come to feel. They have no privacy, they are constantly observed, video recorded and analyzed.  No one can truly survive that and be what society might consider to be anything close to ‘normal.’  However, anything considered not normal by society is attacked and constantly criticized.  Most of these mega-wealthy humans didn’t mean to become what they are.  They are not happy.  They do not have many, if any, moments of what Joseph Campbell termed ‘bliss.’  Although, in reading this article you, as a reader, possibly not in association with any of these extraordinarily powerful wealthy (as I am), might not feel sorry for them, there is plenty of sympathy that should be extended toward them.  Never forget that these individuals, whether famous from becoming a star or a member of the super-wealthy (or a war hero or a member of royalty) cannot come back from the place they arrived at that they had no clue really existed.

The mythology of everything in human cultures rolls over the reality of almost everything under it.  “We hold these truths to be self-evident, that all men are created equal…” is a quote from the Declaration of Independence.  That quote sounds wonderful, poetic and brilliant. It’s all of those things.  It is also a total myth, and one we must somehow accommodate, along with most of the world being owned as a result of how successful capitalism works. The question of whether the human species is the better for it over time remains wide open.

Be sure to share your thoughts and experiences below