From The Wilderness, Article Eighty-Five 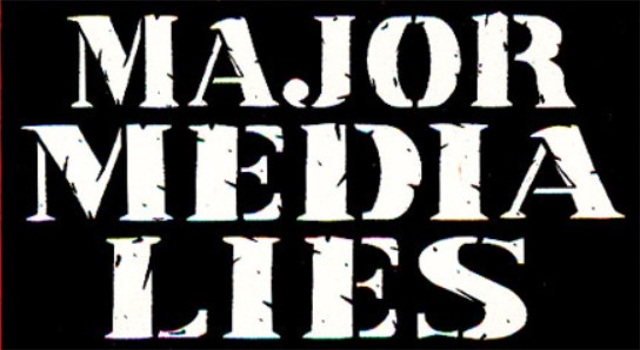 THEY ARE ALL DOING IT

Rupert Murdoch brought the London tabloid style of reporting the news to the United States, creating Fox in the process and so much more, as news changed from a form of informational transfer (from reporters to the public) into a venue of entertainment.  In the process, truth, justice and the American Way were lost, probably forever, as lies became okay to tell, licensed as legal by the First Amendment and no longer disqualifiers for either employment or office holding.

The members of America’s political bodies were not long in figuring out what had happened, and then moving to a adjust and accommodate to the change.  People like Ann Coulter, Michelle Bachmann, Sara Palin and more began telling big fibs to the public, each one bigger than the one before.  Those lies garnered media attention, even discouraging and critical attention, but as the purveyors had come to understand, that had no effect on the overall effect wherein these would-be leaders of society and the culture got recognition and attention.  The message was no longer mattering.  Donald Trump merely picked up on this media change in orientation and went overboard in doing the same thing.  Who can blame him?  His success, and the success of those who preceded him are indelibly imprinted upon the public, probably forever.  Those names would never have been paid much attention to without the outrage of the lies they’ve told.  Once people reach a sufficiency of attention, a critical mass, so to speak, they then have a voice to speak out to the public, granted by the disorganized and profit-seeking media.  To keep that voice these people must continue to say things that are outrageous enough to keep that hard fought and hard-gained attention.  The names Marjorie Taylor Green, Hawley and a few more are ever on the public mind.  The hundreds, if not thousands, of other people in governmental leadership positions remain unknown and unremarked upon.  The attention and the money move toward the outrageous, not the quiet and politely wise, considerate or even-tempered.

This phenomenon is not exclusive to the republican party although the republicans have been much more effective using it.  Jamie Raskin, the ranking democrat on the January 6th Congressional Investigative Committee just came out to announce that he has a very serious, although not likely terminal cancer diagnosis.  That was yesterday.  Today he was on national television to talk about it and other stuff.  The point is, he got used to being truly noticed by the media for the first time in his life by being on that committee and being noted by the mass media all the time for being on it.  The committee is going away.  Raskin does not want to go away with it.  So, he’s doing the outrageous, whether his cancer is a true story or not.  It doesn’t matter anymore.  That Congressman named Santos has lied about everything in his life, giving himself great lying credentials. Even lying about the death of his mother, who, it turns out, was not killed in the 911 disaster as he reported.  There is no punishment.  There is only reward, whether he gets seated as a Congressman next week or not. His name is now a household word.  He will get to be an author of some repute (financially) at the very least.

The dilution of integrity and the accountability that it be defined and maintained has been damaged by Mr. Murdoch’s pursuit of billions of dollars. Without integrity the society that has been built on foundations of integrity, however weak and shaky at times, is in danger of collapsing. Meritocracy is disappearing in the workplace and in leadership qualifications. When meritocracy declines so does the creativity, capability and deliverance of progress of almost any kind.  Without reward for merit then there is no motivation to deliver anything of value or quality and the result of a slow decay as progress stalls and the same old stuff is regenerated time and again until only boredom and future doom is to be considered.  There are four ‘estates’ to be considered in how the American experiment is being conducted.  The first estate is the executive office of power, the second is the legislative, the third is the judicial and the fourth is the media.

That fourth estate has failed, and the question becomes, can it be put back together enough to allow the other vital foundations of civilization to regain footing and recover.  That is one of the great questions of our time.  The declining birth rate and global warming are hugely important problems rushing head on at the society, but first and foremost the recovery of the country’s leadership ability, as described in the first three estates, must be immediately considered, or the other two giant problems are really not going to matter one bit.