From The Wilderness, Article Eighty-Four 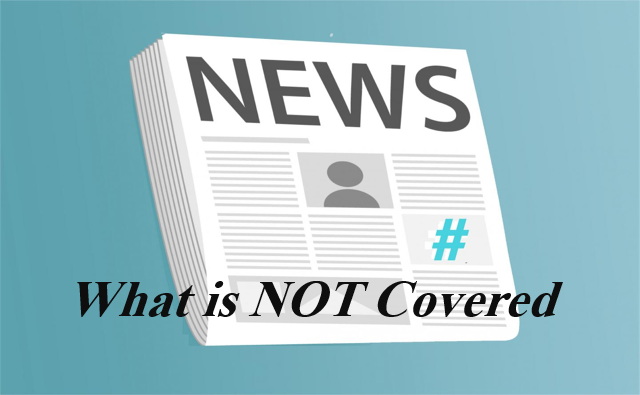 As the news business expresses itself, day after day and night after night, it becomes revealing about what the media in general, both print and televised (as well as video, radio, podcasts and social media) don’t bother to make any ado about…except in the very margins of their presentations.  Fusion came and went like a thief in the night, this wondrous Christmas gift of all time, if only it could be unwrapped and then put to use.  The Russians willing to settle for the eastern part of Ukraine and ‘negotiate’ out some sort of settlement with respect to the ‘rest of whatever it is they and everyone else in that region wants.’  That news is lost in the scattering buckshot of pellets blasted from giant mass media large bore shotguns.  Space travel is shown here and there and described less than that as man returns to sending real efforts to return to the moon and actually set up a base there.  Almost nothing about that future-shattering pursuit or set of pursuits.  Gasoline prices currently have not been this low since 2004, except for one downward spike in 2007 that lasted for less than that year (when adjusted for inflation) but, as opposed to the huge news of prices going up last year, there’s been absolutely nothing about this budget saving plunge for most working and traveling Americans.

The negative direction of almost all news presentations has transformed the culture in relative short order.  The evening news, local, national and even international is all about death, whether through accident, crashes, murder, terrorism or war.  Most local channels spend the first ten minutes of every delivered half-hour over the passing of lives around us.  The only series of positive stories to make it into local and national news is about Christmas, the wonderful season of giving and sharing that will be done and gone in only a few days, to be followed in tradition by the New Years when everyone will ‘take a cup of kindness’ to think about the long dead, at least according to the ever popular  Robert Burns translation of the old Scottish poem that has come to symbolize the coming and entrance into the New Year in song.

With the giant pushing of drug ads on television, having replaced the obnoxious campaign advertisements that flooded the air waves during the run up to the mid-term elections (the most pervasive, negative and nasty campaign ads of all time), the only drugs not highly touted, but likely will be soon, are the psychotropics for depression.  The mass media depresses the hell out of the public and then likely gets paid to provide the ridiculousness of life-addicting drugs that instead of curing the induced public depression, turns huge swaths of that same public into paying members of some flat, analytical and personality lacking zombies.  Where are the ads for Zanax, Adderall, Lexapro, Prozac and so many more?  The questions about how almost half the population has come to be taking these or similar drugs are not asked.  The responsibility for depression is almost always placed right at the feet of the depressed person, either through that particular person’s chemical makeup or because of poor perspective about life’s ever-changing and challenging events.

America has somehow gotten itself stuck right in the middle of a free speech controversy that doesn’t appear to have any positive end in sight.  Even Mr. Musk, having ridiculously purchased the giant social media company called Twitter, intending to provide free speech to all by his purchase, has immediately turned to banning those who say rotten things about him.  Well, no kidding Mr. Musk!  There’s a segment of the public, usually couched with intelligence quotes of below 50, who will say or write anything, absolutely anything, in order to get noticed. Getting noticed and popular is part of surviving in all cultures, and actions and words to accomplish this are not always made by only the lowly of intellect either.

But letting the entire public have a voice in concluding whatever that commenting public wants to communicate about others is a vital and painful mistake, but a mistake only truly for those who are attacked, not those attacking…unless limits are placed on such communications.  Just as free trade without fair trade restrictions leads to the monopoly and death of capitalistic pursuits, so does limitless freedom of speech and expression without any rules or directions lead to the same place.

Our news today has evaporated into a conglomeration of genres that all do kind of the same thing; first, they must attract attention using outrage and shock, second, they must hold the attention by using awful negative narratives, and finally, they must continue to repeat the same process using teasers and ‘stories’ that are so short and shocking that the public has no time to digest or absorb anything but wild rejecting emotions. How sanity and help, from any kind of rational presented material might return from the presentation of real and meaningful events might return is anybody’s guess, if it returns at all.

Christmas allows for a short respite, and that is a relief, but the season is so short and the promise of great conduct and expression seemingly so near but awaiting only a rapid return to the shock and awe that the mass media has become so used to delivering.