From The Wilderness, Article Eighty-Nine 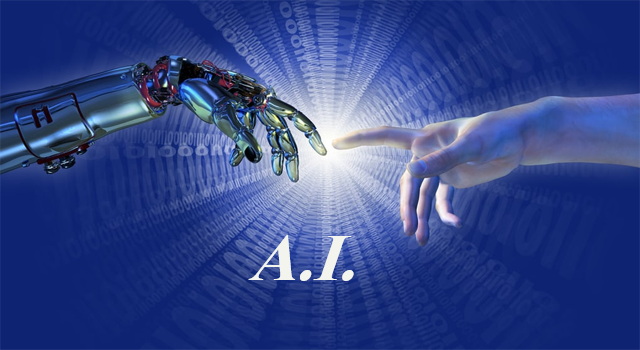 At one time, a long while ago, I worked in Hawaii, part-time, with an organization called Dragon. Dragon was the name of a hastily put together company trying to create a writing program that would allow people to speak into a computer microphone and have their exact words translated onto hard copy or hard drive.  The problems were insurmountable for the time, as punctuation alone was a tough obstacle, as people don’t normally speak adding the commas, periods and so on.

While working on that failed project I began to think about artificial intelligence, as a computer’s ability to put in the punctuation automatically would be an ideal solution to the problem.  I never made it with the company long enough to get my ideas put into a project.  What’s the secret to artificial intelligence?  There likely is one.  The word ‘consciousness’ comes immediately to mind.  Being conscious means that one, an entity being human or otherwise, can make what we humans have come to understand as logical conclusions with emotion being at the foundation of the formation of that logic.  How might this be accomplished.  As an anthropologist, sociologist and physicist thrown into one pile I have a rather wild, from the left of social science, hard ball to throw across the plate of science.  That hard ball is called addiction.  Humans are all natural addicts.  Human consciousness revolves around the words like and comfort…and sometimes survival.  We are ‘addicted’ to the things we like, from foods, drinks, music, travel, new experience, weather, beaches and so much more.  We deny addictiveness and instead select the word to classify those members of the species who have fallen into a pit of repetitive behavior with respect to ingesting certain substances that alter the normal rhythms of the brain.

Addiction may well be the key to the creation of artificial intelligence.  I have gone to work in my basement to create a mechanical creature, it’s ‘mind’ that of a MacBook hard drive, which is learning to ‘enjoy’ certain physical manifestations of mental addiction.  The manifestations are stupid.  Moving a piece of sawn wood with its single articulating arm and poorly constructed ‘hand,’ as well as waving the arm about in a silly figure eight maneuver.  I have begun addicting my construct, ridiculously named Tigger from the Winnie the Pooh series of stories, to two specific moves of its arm.  I have wired in a 1.5 volt entry into the computer’s hard drive in order to ‘tingle’ the hard drive at specific points of the arms movement.  The tingle generated by the simple array of regular ‘c’ cell dry batteries, sidelines the computer’s memory to play riffs from some old rock and roll songs (Hotel California, La Bamba and Dream Lover).  When I turn Tigger on and hit the simple program to start the repetitive process of it scrolling through its stuff to make the 122 arm moves built into the software, the machine does its thing, taking about a minute and a half to complete the whole process, except for the brief interludes where the riffs stop everything to play the first parts of those songs.   I chose the riffs because humans are addicted to only a few chords of music they’ve come to be used to since birth.  No matter what culture or the genre of ‘music,’ humans come to love certain repetitions, no matter who much rejection they might receive from others who are not conditioned to those certain repetitions.

That’s how I started.  I have the riffs playing through a speaker as the computer receives them (the machine mind does not receive them as sounds to convert, as I’ve had to program the sounds to bits and bytes in IOS, but I have them play for me to try to motivate me to work with what I’m about.

This operation has been going on for a month and I’ve become both elated and mystified.  I’m elated because, over time, the machine, which is not limited to following the program in a linear fashion (it receives requested data, as it’s programed to regularly request, in a random manner, like a jukebox without a person putting a coin in and selecting a song) what action of the arm might result.

Interspersed into the selections, which occur at fairly high speed in application when it comes to the arms movements, is the tingling effect and then the input and output of the riffs.  I only get to watch the hypnotic movements and listen endlessly to the short riffs of music I selected.

I’m amazed with my success and failure.  Success because Tigger selects more ‘hits’ on arm reactions to those bits of information attached to the tingling and the playing of the riffs.  I am mystified because I cannot figure out how such a selection process would yield such results.  No simple stupid machine can feel anything, unless a certain small voltage being sent to it might be called feeling.

So, I’ve created this small addiction that I cannot understand.  When I was addicted myself to opiates following long hospital stays after Vietnam injuries, I did not understand my addiction either, however.  It made no sense in the world I was trying so hard to return to and live successfully in.  What was I really getting out of the addictive substance that had any meaning at all?  In a seminar on addiction, I once watched a young man stand up and tell the therapist’s putting on the meeting that they were all wrong about addiction.  He said that he used stuff because if made him feel good, and that was it.  I have never forgotten that and immediately identified with the obvious logic (to me) and simplicity of the kid’s interpretation.  But I did not, and still do not, have a really acceptable definition of what ‘good’ is or was.  I am now come full circle in my questioning of that word.

What is causing Tigger to select toward the tingling input and the playing of the riffs (which I certainly know the playing of the music has to be almost totally for me alone)?  Is this simple stupid machine feeling ‘good’ when it selects the special bits and pieces of what I’ve thrown together?  The only part of the right track I think I may be on in my silly basement search for artificial intelligence is that I truly believe such a constructed result of non-biological stuff has got to be founded on emotion and not on analytical programming alone.  Humans are made up of both genetic biological and later learned mental and physical behavior.  Why would that not be true of such a construct as a vastly more complicated and well put together form of Tigger?

Love to hear your input on the subject