From The Wilderness, Article Eighty-Six 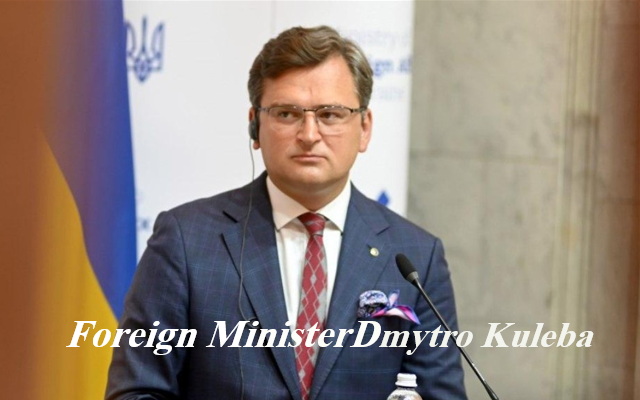 The Ukraine foreign minister signaled yesterday that the Ukrainians, following the recent visit by Zelensky to Washington, are now ready to have a peace conference in February with Russia, supposedly to be chaired or moderated by the Secretary General of the United Nations. This announcement, very carefully place in newspaper back pages and later in short television news snippets, follows in accordance with the predictions I have made with respect to the course of this war.  In my previous newsreel about Ukraine, I wrote about Zelensky and Ukraine and how they were the last keys waiting to unlock the peace process that must occur for this European conflict to end.  Zelensky was the last holdout, the money (the price to rebuild is immense) and the occupation of Ukrainian lands by Russians being the last two impediments to settlement.  Apparently, and surprisingly, the land corridor that has to be established and maintained for Russian forces to traverse the eastern part of Ukraine in order to cross over Moldova and then reach the re-enrichment center in Romania isn’t much of an issue, or if it is, then that part of the negotiations is being done in total secrecy.

The next part of the process is also pretty easy to predict.  Nothing will happen until the winter of this war really digs in.  The Russians are looking for more room to avoid war crime trials and accusations.  The Ukrainians are looking for money. The U.S. will be trying to trade off modern weapons it really doesn’t need in its inventory (instead of signing a multi-trillion-dollar check). The Europeans will be playing the same money game as the U.S. while also trying to avoid having Ukraine become a NATO country.  The NATO ‘club’ is only 30 countries strong, out of 195 existent (193 United Nations members with two, the Vatican and Palestine opting out).  Finland and Sweden both want in, since they can see from their homelands what happened to their neighbor Ukraine nine months ago.  Moldova wants in, as it sees that being a pawn in the way of Russia and ‘sacrificed’ in the current trading process heading toward the Ukrainian war settlement.  Europe doesn’t want any of the three of them because, as buffer states between the border of Russia they are effective, they are also problematic in that the rest of Europe doesn’t feel like fighting for them if the Russians visit those countries.  War is expensive in Europe.  Paying for weapons, developing new weapons and replacements, cut or stopped energy lines of support and interruptions in shipment and moving of most all people and goods costs a lot.  Is this war about money?  No, it’s all about nuclear enrichment, but the money it takes to either support or attempt to deny that effort is frightful in size.

What will happen next?

Both Russia and the western forces (including Ukraine) will grind away for the winter, hoping to improve negotiation positions.  Ukraine is stuck in the middle of the battle.  Ukrainians are historically tough, as a culture and as a bunch of mostly rural and antagonistically difficult human beings.  Frozen people can neither fight, nor eventually take care of their own survival needs.  One of two things is going to happen as this situation wears on into the new year.  Either the Russians are going to grind the Ukrainian’s down to the point where they give up or the overwhelming support of the west, mostly the U.S. will convince the Russians that they’ve reached the best deal they can get, as the next summer will soon be beckoning, allowing Ukraine to get back into a full force land war that the Russians are proving to be pretty lousy at pursuing.  Ukraine is eventually going to ‘win’ this war but the reality is that everyone is going to get a chunk of the action.  The effects of the agreements following WWI and WWII (set and signed at the Paris Peace Conference at Versailles for WWI and the Yalta Conference, additionally followed by a signing in Paris, for WWII) took decades to play out about such secretly agreed upon things as true boundaries, oil drilling and manufacture, rebuilding monies (think Marshall Plan) and so much more.  The end of the war in Ukraine is going to have a load of codicils that most of the public, almost universally, is not going to be happy with.

Remember the John Kennedy assassination papers, however, as an example of just how effectively a full blown and powerful country can keep secret agreements.  After fully 60 years following the assassination the supposed last documents were finally declassified and released to the public last month.  Not. The government decided in the end that only 3 percent would be withheld with no date for their publishing in sight.  Governmental secrets are closely held and very effectively held, in spite of the public’s belief that it is super difficult for a large social and governmental agency to keep a secret.