From The Wilderness, Article Eighty-Two 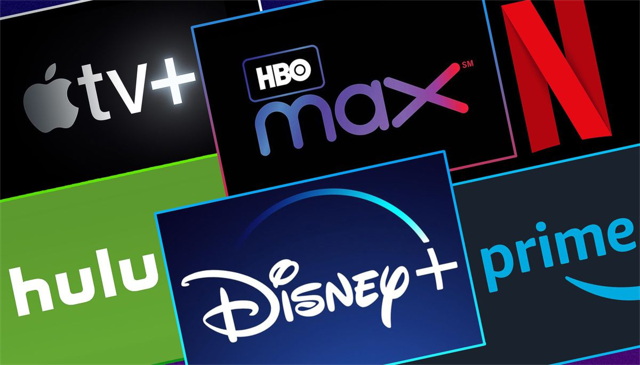 The New York Times reported this week that the huge streaming services, providing television shows and movies to so many today, as opposed to the ‘old days’ when everyone waited week by week for new installments for television continuing shows and great much publicized introductions to movies once they were out of theaters.  Streaming took over for most of that, and not just regular replacement streaming for traditional showing operations, but batch streaming wherein viewers could watch whole continuing series in one setting if they wanted to.  What happened, because the big streaming services, from HBO, to Starz, Amazon, Vudu, Hulu, Apple Plus and more, are cutting way back on producing these shows.  The pandemic, with much of the population staying home with little or nothing to do, is one thing that happened, vaulting streaming into the preferred way to watch television or view shows online.  The second thing that happened is that the expense of producing so many more shows, without quality writers to make the stuff any good (much less the fact that so many of the expensive productions have been basically unviewable), has hurt the industry in viewership and pocketbook.  The biggest thing that happened, that is now causing a long-needed withdrawal of material and interest on the part of the big streaming players, is due to greed, however.  Slickly delivered, phony carnival and parlor trick greed, has cut deeply into the public’s trust and view of these streaming productions.

The streaming companies got together (always an ominous phrase when discussing American business in any genre) and cut up the material, using ownership rights as the foundation for their methodology of increasing revenue without doing anything to merit it.  New streaming services appeared overnight, with bizarre names unheard of before.  Pyramid, Exchange, HBO Plus and then Max and so many more came along.  You could not have their material, sectioned off from the big players supplies or former contracts, without signing up for mandatory monthly payments (usually not even cancellable without closing a credit card or bank account) from this new streaming service to see a particular show or series.  On top of the Amazon Prime monthly would come a new monthly payment of ten bucks or less, seemingly innocuous, until after selecting a number of decent shows to watch a customer all of a sudden realized that the monthly withdrawals, all automatic, were up over a hundred a month or more.  It has become quite possible to easily get these charges up to hundreds of dollars a month, and those charges are very quietly delivered, almost invisible in bank accounts and credit card accounts…listing themselves without using their real names in many cases.

Basically, America has had it enough with this kind of thieving, well supported by the banks and the credit card companies.  Those financial concerns have somehow agreed to not allow the cancellation of these monthly charges unless the operation doing the charging agrees to stop withdrawing from the particular account.  Now, what’s the likelihood of that happening?

The accounts have begun to plummet in number, as customers have figured out this kind of scam, slowly but surely.  The quality of these new shows has also, ever so slowly, begun to be rejected.  Just as weird stuff in film like Avatar will demonstrate for the blockbuster movies.  A world is invented, like Mongo in the old Flash Gordon series, a planet not far away and filled with aliens who are mostly human except they are blue.  They are environmentally aware, unlike the human predators of evil they have to deal with from earth.  Yes, it’s fiction, but please.  Can we still have some base level of intellect?

People are reacting to this nonsense by cutting this stuff out of their viewing.  The pushback from that is going to be less to choose from in the coming years ahead, but maybe, just maybe, what there is going to be to choose from will actually be stuff worth watching and even paying for.  Cable came in at low prices for the service and the rest for free, without ads.  Then cable went up in price and started charging for services, one after another, calling these services ‘premium’ while getting rid of the free stuff.  Today, they’ve now added the advertisements back, in most cases.  Only the public can react and get rid of this kind of rotten predatory and lying behavior.