From The Wilderness, Article Eighty 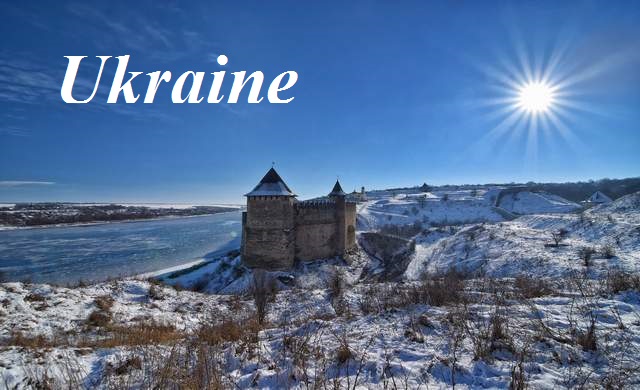 Once more, the seemingly disorganized mess of the Ukraine winter in combat, or waiting for combat, or just out of the field of combat, moves coldly and deceptively forward.  During this last week, the European Union got together and decided to fund Kyiv, the capital of Ukraine, with about a billion dollars to help it get through the winter.  That was just Germany and France piping in on providing this kind of rebuilding aid.   Meanwhile, the rest of the countries began discussing a new Marshall Plan for the rebuilding of Ukraine as a country in every area.

In these Ukraine articles I have been laying out the course that must be followed to end the war in Ukraine, and these moves are exactly fitting the predictive model I’ve written out previously.  I have not known, of course, exactly how these needs (this one being the complete and economic recovery of Ukraine) would be met by the western countries (the only ones with the money to actually do it).  Even Australia is in, deciding to join the group in providing money.

Russia continues using its major giant negotiating tool, which is the potential for using nuclear weapons, while the United States ups the ante a little bit by hinting that it will provide the Patriot anti-missile and aircraft system to the Ukrainians.  Russia is in exactly the same position that the U.S. was in when the Soviet Union dominated the European continent just a few short years back.  The Soviets would read the high threat stuff the western powers would throw at them and then put a ‘little toe’ forward, doing something to violate the order presented but not enough to cause a general war or conflagration to be initiated.  The U.S. keeps ‘poking the bear’ here and there, just like the Soviets used to do and with the same effect.

Everything remains static during these hard winter months in Russia and Ukraine.  Putin’s main job is to hold Russia together, because his homeland grasp is frail, at best, and the Russians who’ve put up with his dictatorial rule are growing restive at losing so many soldiers and airmen…not to mention the growing pain caused by the economic restrictions placed on the country by most of the rest of the world.  Zelensky, Ukraine’s leader for now, and maybe on into a future not seeable or knowable about, refuses to say anything, as hunkered down in Ukraine as Putin is in Russia.

The U.S. development of potentially operational (one day soon) fusion power has to resound much more across the rest of the world than it does at home in the U.S.   Only fabulous wealth and a giant technological base of invention and application will allow for the building of great fusion power stations.  There’s only one country with that capability and that’s the U.S.  The U.S. does not have a reputation abroad of being the friendliest, nicest, most filled with integrity neighbor around the world.  There’s going to be a lot of fear about this new coming of the greatest physical invention of all time.  Yes, fusion is going to be all of that, and the players in this war and in Europe are certainly aware of it, even if the U.S. mass media barely carries the story and the U.S. representatives chosen to present the story play the potential effects on all of humanity was down.  The fusion announcement is another ‘shot across the bow’ toward Russia, China and the rest of the world.  The U.S. does not have world domination.  Not yet, but fusion may just tip the balance…allowing the U.S. to literally become the Imperium as imagined in the Star Wars epics.