From The Wilderness, Article Fifteen 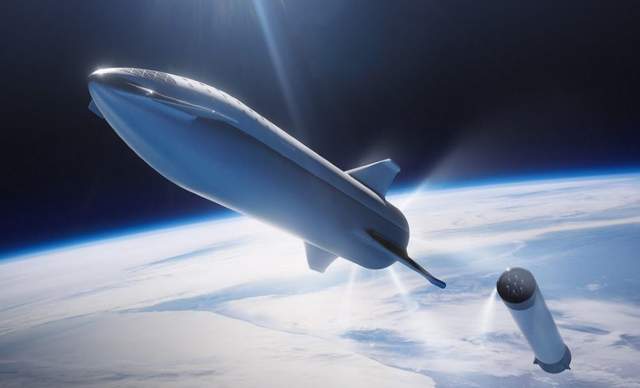 What is the big deal about methane?  Well, for one thing, and maybe the primary thing, it is a waste gas that is mostly burned off by oil-producing countries in order to better pump the oil from deep oil fields.  There is considerable world controversy about the practice of disbursing methane into the atmosphere at very high levels.  Burning plumes of methane are seen across the globe, in every oil field of every country pumping oil from the earth.

The secondary feature about methane that makes it controversial is its use in powering rockets to orbit and beyond.  Currently, all space faring nations use a primary mixture of either kerosene and oxygen or hydrogen and oxygen to power rockets.  No methane-powered rocket has ever made it into orbit.  And then along comes Elon Musk and SpaceX.   This genius not only wants to power the largest rocket that’s ever flown into orbit and beyond, but he builds the outer sheath of the thing out of stainless steel instead of aluminum.

Methane has a higher ‘specific impulse’ than any other fuel, including the hydrogen mix.  It’s easy to store and it does not ‘coke’.  Coking is what the scientists involved call the coating of the inside of the rocket tube when the fuel is used up.  No coking means the tube can be reused without expensive and laborious (read time-consuming) cleaning out.  The higher specific impulse of the gas also produces more bang for the buck, which brings us to expenses.  SpaceX’s rocket, the Starship, will be twice the size of the supposed super-huge NASA rocket that hasn’t been able to get off the ground.  The SpaceX rocket would be ready to go except NASA, backing the Boeing rival throwback to the sixties rocket, has had the EPA and everyone else throw one roadblock after another in the way of the launching of the Starship.

Finally, methane is considered a throw-away gas, as you might have gleaned from a reading of the beginning of this article.  It’s super cheap, and many times available simply for the price of containing it and hauling it away.  So, what’s stopping the ‘magic’ of the SpaceX venture and its likely leap of the U.S. into a real space-faring nation?  Human frailty, lack of vision, and basic good old corruption.

Boeing made itself into the only producer of commercial airplanes in the country and then set back to enjoy the profits while letting the European operation take over the majority of not only the sales of commercial aircraft but any innovations in designing such aircraft.  Boeing, in concert with NASA, is now trying to do the same thing with respect to space machinery.  Why spend money inventing if one can reduce any inventors to backyard or garage amateurs?  Why bother?  Boeing moved its business offices to Chicago from where its main production plant is located in Seattle.  Then it up and moved the facility back east.  They hide the leadership and the money while continuing to attempt to take manufacture and construction offshore.  The 787 wings are all made in Indonesia with cheap labor.  Is there any wonder that 787’s don’t ply the air in the United States? When those planes, now all grounded by the way because of problems (you may have guessed it) with the wings!  Of a 787 goes down when they come back it won’t be as big a deal in the U.S. if it happens in the mountains of one of the ‘throw-away’ countries of the world instead of New York or California or somewhere back at home.

Let SpaceX go, although that’s not likely to happen.  Mankind has been on this planet for 3.5 million years, or thereabouts, and only now has a civilization reached the point where humans actually have the ability to leave the planet.  We tend to destroy one another, or at least those who might give the appearance of pulling ahead.  Musk raised Tesla out of almost nothing at all, and nobody’s even close to reaching that company’s success or technical prowess in producing electric vehicles. Not Mercedes, BMW, General Motors, Ford or even Porsche.  Stainless steel, methane, huge rocketry, and more.  Let SpaceX go!