From The Wilderness, Article Fifty-Eight 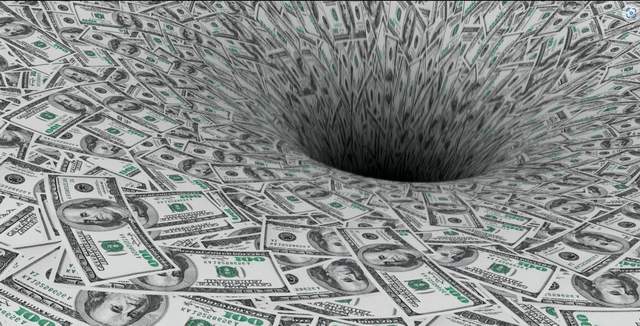 The richest countries of the world are not as well known, or relative to one another as some people might think.  Who has what when it comes to comparative amounts of asset worth, and there’s no getting around that money is power.  In fact, almost all power (the ability to get others to do what you want them to do because they have to do it) is financial is some way or another.

The United States has the greatest gross national product (what the country produces of financial worth) in the world, with about 30,000,000,000 dollars (that’s thirty trillion).  China is second with about 17,000,000,000 and Germany is third with 12,000,000,000.  Since the world’s gross national product of the top three countries is around 60 trillion dollars, and the entire world’s GDP is just under 97 trillion, you get some idea about who controls what happens on most of the planet.

Russia, with about 1.6 trillion, North Korea with about thirty billion and Iran with 260 billion, you can get a real good idea about what countries are really controlling most of the world.   But this use of GDP to rate the 190 countries using what they produce isn’t entirely accurate since more money is held in offshore accounts than the entire GDP of the whole world in one year tells anyone looking a little bit more.

Finally, what are the assets of a nation worth, developed and undeveloped.  The best estimate of the total worth of one country in comparison with other countries financially gives the U.S. a much greater but mostly silent advantage over all the others.  That number comes in at about 2.4 quadrillion.  That’s right, two thousand four hundred trillion. That’s about the same amount of all other countries combined.

The real ‘black hole’ in those figures is that hundred trillion, or so, figure squirreled away in offshore accounts.  Most of that money is in those accounts with

American’s being the account holders.  That hundred trillion is liquid.  It’s cash.  It can be used to literally move mountains, change the directions of rivers and so much more.

As the Ukrainians are discovering in their war with Russian that Russia’s economic descent, following it breaking up from the Soviet Union to what it’s become, has consequences. These consequences play both ways.  The Russians could mount a credible assault against Ukraine, using WWII and Cold War manufactured equipment.  They did.  But the financial piper came calling once those inventories were mostly depleted over time.  With a 1.6 trillion-dollar GDP and a total defense budget of only 60 billion (compared to the U.S. defense budget of about one trillion) you can quickly conclude and then observe that Russia is running out of stuff to throw at the stubborn Ukrainians and Russia is also not capable of buying much of anything from its rather distant allies (Iran, North Korea and even China).  Without the use of nuclear weapons, the Russian invasion is doomed to total failure, not that the use of nuclear weapons is at all off the table as of this writing.

The making, holding, storing and reporting of almost all big money in the United States is also protected by U.S. tradition and law.  Nobody today, for example, knows who has offshore accounts or what is in them.  Every time some new high flying young U.S. attorney ore Attorney General goes after they non-taxpaying cretins, they come back with nothing.  In fact, in two huge cases where they did find out the names of thousands of American account holders and what they held in accounts all over the world, the authorities took them to court confidentially and then stipulated in the successful prosecution of the cases that the identities and amounts of the account holders would be required to be kept secret.  That was the prosecution demanding that!  The black hole funds are that powerful.  No authority on earth can stand up to those massively rich people, as they’ve proven time after time.

This short article should give any reader pause to consider how the world is really organized and run.  The figures are all available on the Internet from a variety of sources.  This data is not secret, but it’s protected merely by the fact that the news mass media won’t report on it.