From The Wilderness, Article Fifty-Five 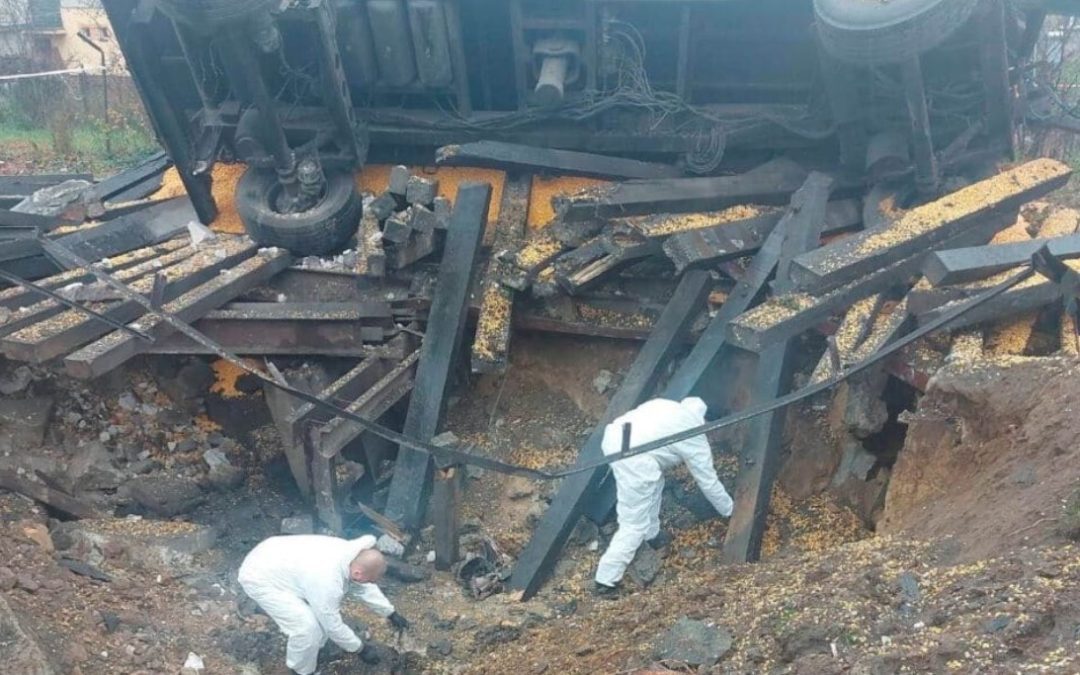 THE WAY THINGS ARE SHAPED

A couple of missiles hit Poland near the Ukraine border.  The hue and cry go up and the fact that Poland is a NATO member becomes the center of almost every news story, quickly followed by the screaming necessity to invoke article 5 of the NATO treaty agreements: “an armed attack against one or more of them in Europe or North America shall be considered an attack against them all.”  The ‘authorities’ in the involved countries, which include Poland, Russia and Ukraine, begin almost immediately.

The President of the United States happens to be nearby meeting with 20 of the world’s top leaders, and he quickly chimes in, in such a short period of time that it makes anyone watching the developing show scratch one’s head.  Somehow, less than 24 hours later, the analysis of the fragments left after the explosion of the missile, or the missiles, was indeed Russian in manufacture.  Stunningly fast investigation and analysis there.  That some Russian missiles were launched and somehow ended up on a nearby NATO border country is not at all unbelievable.  In fact, during wartime, such misjudgments and mistakes are common, with all participants involved.  But, in spite of the high likelihood that the missiles were Russian and launched by the Russian, the story rapidly began to change, with President Biden coming on television, right at the beginning of Trump’s announcement that he’s running for president again, to announce that it was really not the Russians at all.  He stated: “the trajectory of the missiles wouldn’t allow for them to have been fired from Russia.”

The cover and retreat from Article 5 nightmares were begun almost instantly.  The Russians likely fired the missile or missiles and did so by mistake.  If the Ukrainians fired anti-missile missiles at any Russian missiles, over Poland, and missed, then what happened to the Russian missiles they were shooting at and missed?  Questions like that simply cannot be answered in any satisfactory way so those questions are not to be asked, not by any officials of any country or even the mass media.  Top that off with the fact that the Ukrainians are not using any Russian made anti-missile missiles.  They are using NATO equipment.  NATO equipment, mostly U.S. really works, and the Russian stuff not so much, not to mention that’s it a bit difficult to come by.

None of the supposed news stories coming up on American television have one whit of logic to them, which means one thing.  There is no logic to them. The Article 5 issue has been resolved by lying, the most common and successful tool in the diplomatic pouch of any member of government serving abroad.  And now, following the patently bogus investigation results and comments coming after its conclusion, comes the final nail in the Article 5 coffin.  It is determined by all the allied forces: Ukraine, NATO and the United States, that the Russians, even though they did not fire on Poland, are still responsible because they started the war and therefore whatever deaths or injuries are suffered by anyone are the fault of Russian no matter who did the killing, wounding or maiming.

This come part and party to the relatively new concept, started inside the U.S. justice system, that anyone incidental to a major crime is as responsible and guilty of the crime as direct perpetrators.  If you drive some guys to a suburban house and they go do a robbery, or a bank, or a 7-Eleven, or whatever, and they kill someone, then the driver sitting out in the car, quite likely not having a clue about what the others are doing, is as guilty of murder as the actual perpetrators are.  In England now, as well, any member of what is deemed loosely to be a gang, is guilty of any crime that any other member of that ‘gang’ might commit.  This illogical and draconian way of looking at and treating criminal activity bleeds right over into wartime acts, as is being proven in this situation.

The real loss to the public, when the public thinks the whole thing through, as this article is laying out, is in the shreds of confidence it might have left in believing the mass media at all.  One might say that this series of lies, told by almost everyone concerned, saved the world because NATO did not have to invoke article 5 and attack Russia and thereby the world was saved from nuclear holocaust.  In truth, there would have been no attack on Russian at all or invocation of article 5.  Such a response would have been uncalled for and simply stupid.  The Russians would or would not have apologized and the war would continue to roll on, just as it does today.

The applied ‘bandage’ to this new small, but killing wound, would be laughable, except people died and the media has continued its slide down into a dark well of lying oblivion.