From The Wilderness, Article Fifty-Four 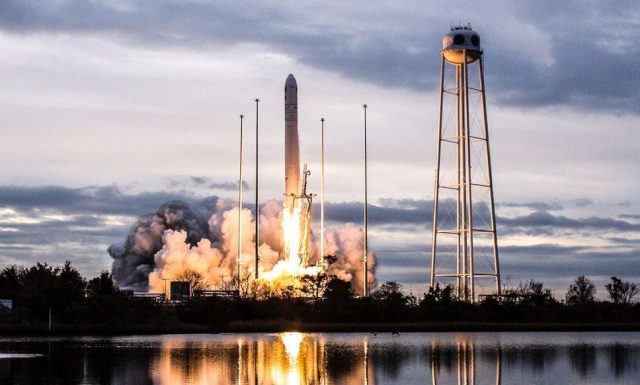 America’s mass media was entranced and sucked deeply into the public’s love for space travel back in the sixties.  When the media fell out of love with the launches, landings and performance of the space program and its crews then the entire program basically went to technological sleep.  It has been asleep for decades, only enjoying a rise in funding and interest because of private industry.  Both SpaceX and Boeing have vied for being the companies that build Saturn V type boosters in order to repeat the sixties exploits of going to the moon.  In fact, both private, but publicly funded companies plan on going to the moon, setting up a base there, and then heading out toward Mars.  So far, the Boeing plan is a bit further off the ground when it comes to actually heading in the moon’s direction.

On Tuesday morning of this week, November 15, 2022, the Boeing company launched the single largest rocket built and flown since the Saturn V, and their SLS ship capsule (allowing for only a crew of four astronauts) atop the main rocket will merely, at some future point, only imitate the same feats, in similar looking equipment, as the earlier astronauts.  The early astronauts are all enshrined in fame and recognition.  The new astronauts are unknown, and very likely to remain that way if this mess of a mass media remains the way it is today.

The launch of the big SLS rocket took place and the media didn’t pay attention at all.  None of the networks or the cable channels stayed up until the early hours of the morning, when the countdown was going on.  There was a time when those countdowns became so emotionally charged that the word itself is now a part of the English lexicon, although the emotion behind that listing of descending numbers is now long gone.  One had to go to YouTube in order to observe the videos made by amateurs standing around all night waiting.  The old-fashioned amateurs of this new era.  Not many of them but at least a few.

The prodigious effort it takes to go out and explore space is considered almost too high to even consider paying, except in small chiseling pockets of grants and budget.  The budget for NASA comes in at under 30 billion.  That’s half of the budget for International Affairs (embassies, consulates, and so on.  The entire budget comes in at about 7 trillion.  By looking at the gross monetary interest the country really has in exploring space one can tell that it’s just not much on anyone’s mind.

Yet, the future is space.  There’s only so much this earth has to offer, particularly when it comes to exploring and adventure.  Those two things are endemic to what we know as two of the most vital driving forces behind the survival of the entire human species.  Space likely does not need humanity, but humanity needs it badly.  How can this vital endeavor, to go out where no one has gone before, suffer from such disrespect and understanding?

Will Elon Musk, the private citizen, sometimes referred to as the richest man in the world, pick up the mantle and head out into space?  It seemed for a while that would indeed happen, in fact his company, SpaceX, beat out Boeing to get the first contract to put men and women back on the moon, but since that time his attention has seemed to diminish, and the greatest spaceship and rocket ever built, twice the size and payload of the Boeing SRT, still sits on the ground in Texas. It was supposed to go up almost a year ago, but nothing yet has happened.  It would be such a shame and waste if the final frontier took place right here on earth, with humans using up every natural resource before using up themselves.