From The Wilderness, Article Fifty-One 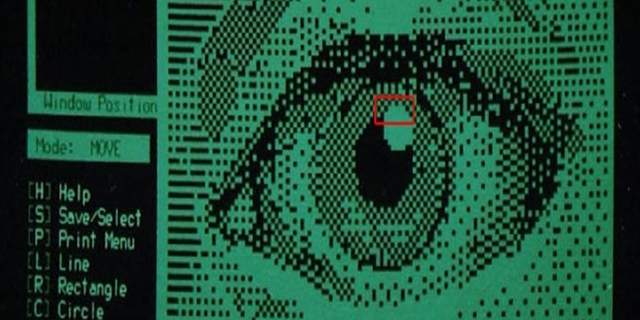 Actually, the word Promise does not apply in this article.  The real word is not a word at all, that promise resembles, but very definitely is not.  PROMIS is the acronym for the phrase Prosecutors Management Information System.  That system was invented in 1982 by a company called Inslaw, in coordination with the federal government, in order to help federal prosecutors track monetary transfers by inserting special ‘back door’ software into the computer operating programs, across the board, of all computers of the time.  That software was not understood at the time of its inception to be what it has turned out to be.

The PROMIS software became, and remains, the embedded back door core interlaced and tied into every computer using the Internet today.  Only so called ‘air barrier’ computers (those separated and never to be connected to the Internet in any way) can escape the octopus tendrils of the PROMIS program.  Pegasus is an offshoot program of PROMIS, modified by the Israeli government, that allows for the accessing of all cell phone data from cell phones, even those not connected to the Internet by Wi-Fi or direct connection.

Pegasus does this by using its sinuously inserted software into the base cell phone computer connections used to receive, transmit, monitor and modulate all cell phone traffic. The FBI was recently called onto the carpet following the analysis and interpretation of a New York Times FOIA (Freedom of Information Act) results forced out of that organization by a federal court order.  The report by the NYT alleged that the FBI had almost inserted and used Pegasus to download, track and totally penetrate the cell phones of users without either the owner’s permission, knowledge or probable cause for doing so.  Pegasus is merely the extension that become necessary when the government agencies, led by the NSA (National Security Agency…bigger, more secret and much more quietly powerful than the FBI, figured out that cell phones not connected, in range, or using Wi-Fi were immune to PROMIS penetration.

The New York Times concluded, for their readers, following their investigation, that the FBI was narrowly prevented from adopting and using the Pegasus data by internal monitoring forces embedded inside the FBI.  In other words, the NYT was forced or convinced to lie.  PROMIS remains as the only back door to the entire body of knowledge and transmissions throughout the world’s world wide web.  Russia invented a new web supposedly air barrier protected from the world wide web.  That lasted for about six months.  The Russian’s gave up when they figured out that PROMIS had infected its system in a relatively short period of time when some individual users connected to the web.  That was it.  PROMIS was in.  China and the U.S. Pentagon tried similar efforts to develop separate Internets outside and exclusive of the web, but each of those efforts failed, as well.

You can run but you can’t hide, is a phrase coined by Mohammed Ali, the great boxer, but it’s fully applicable to membership in the planet’s human social order of today.  The invention and use of PROMIS is also one of the most secret but hugely powerful reasons the United States has become and remains the pre-imminent and only true superpower on earth.  An agent in Washington, or in other governmental places, can enter an identity into a computer, using PROMIS, and the computer will go to work to find that identity, or versions of that identity (name changes, marriage changes, etc.), and then locate that identity.  That location includes automatic photo reconnaissance by satellite of current and past positions of that identity, all correspondence online and social communications, bank data, cell phone information, drivers and criminal data and more.  That information is available in minutes, with the operator doing nothing more than making an entry on the penetrating computer.  There’s no court order or approval.

There’s also the use of sub-programs like Carnivore and Omnivore to analyze the huge body of disorganized data which might take an operator many hours to make sense out of.  Carnivore and Omnivore sift the entire body of data based upon a few hints about either what the operator is after or what might otherwise be of interest.  There are no escaped convicts from prisons out there anymore, not for more than a few hours or days, that is. There are no real fugitives from justice anymore, except in television series and in movies.  Even Osama was known to be where he was, and where he constantly moved to, right after 911, although his termination was long in planning and much argued about with respect to whether he was more politically useful to be left to run ‘free’ or be taken out.  Humans have to breathe and eat and have shelter, medicines and more. Those things take money, credit cards, debit cards, bank accounts, cash conversions, and so much more that feeds right back into PROMIS.  There are no rules that apply to the NSA. It quite successfully, refuses all FOIA requests and nobody argues with that because anyone who argues faces the results of a directed inquiry by it using PROMIS.  Who can withstand that kind of penetration with prejudice?

We all live today, everywhere, in the most secure of all times, but likely also the most dangerous.  Inslaw, the company that got cheated out of the PROMIS creation, along with Bill Hamilton and his wife, got nothing but a life of studied, followed and beaten down misery for the effort.  In many ways, it had to be that way, and will remain that way.  To quote Jesus Christ on the cross about our condition on the planet, following the creation and spread of the Internet and PROMIS: “They know not what they do.”