From The Wilderness, Article Fifty-Seven 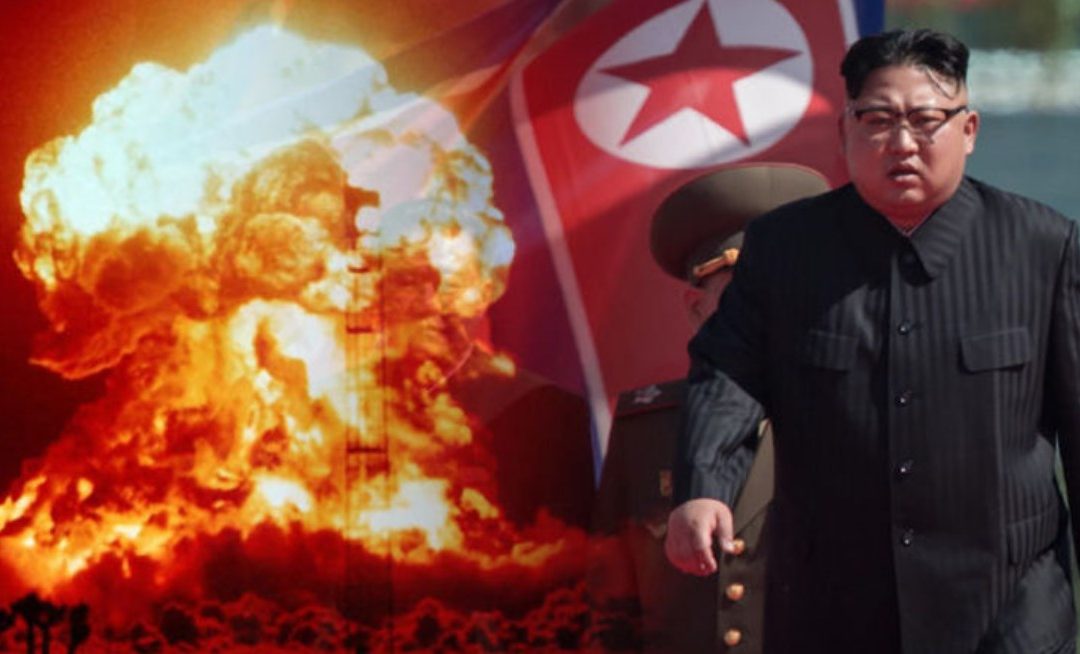 The North Koreans, tiny postage-stamp country (about the same size as Cuba or the state of Pennsylvania), with an economy that comes in with a total revenue stream of around 30 billion dollars compared to California’s 3.5 trillion, continues to get in the forefront of the news for no good reason at all.  The emperor, or whatever the leader there is supposed to be, recently trotted out his daughter to view the launch of a new supposed ICBM that has the supposed capability to reach the coast of the United States.  This made headlines around the world.  A world that has little or no clue that this missile is, and will remain, about as threatening to its neighbors as the emperor’s ineffectual, almost never seen, daughter.

Atomic bombs are called nuclear weapons, simply because the reaction inside the enriched nuclear material in the bombs interact to ‘burn’ intensely enough to change the nuclear structure inside that enriched material (uranium or plutonium).

The reaction in atomic bombs, as opposed to hydrogen bombs (also nuclear), is a fission reaction, which can best be described as the intensely and densely jammed together nucleus material, maximized by the enrichment process, reacting to have atoms ‘bounce’ against one another to such an extent that about thirty percent of all the energy they hold is expended at once.  An atomic blast is the result.  Hydrogen bombs are also atomic bombs but with a very big difference.  A very small atomic bomb surrounds a smaller nucleus of enriched material.  The atomic elements are ignited and then those elements implode or ‘crush’ the entrapped super enriched material inside the small sphere of super enriched material.  This creates an instantaneous conversion of that small mass into a fusion event.  The atoms inside the sphere emit a one hundred percent conversion of their structure directly from a physical state to an energy state.  The formula for the conversion is the famous E equals MC squared.  How much energy?  Oh, about a few billion times the amount of material brought to ignition.  So, to sum it up, hydrogen bombs have many times the power of any assembled atomic bomb.  And then there’s the weight.

Atomic bombs are relatively easy to construct, but hydrogen bombs require the exploding material to be enriched to a much more refined or intensive level and are quite complex to put together and make work.  The weight of an atomic bomb, in order to reach a reasonable explosion (say 20 kilotons) comes in at about three tons.  That’s six thousand pounds.  The weight of a hydrogen bomb that would yield the same amount of energy, is about a hundred and forty pounds!

The North Koreans have as yet not reached the level of development where they can ignite and explode a hydrogen device, which brings into focus the problem the mass media has in reporting about their ability to build and deliver nuclear weapons to the coast of the United States.  Currently, there is no way that the latest missile recently launched to worldwide attention has any proven capability to reach out the necessary 3,600 miles.  To top that off, this relatively small missile would have to have the capability to launch with a functional, guided, and deliverable six-thousand-pound warhead mounted within its nose cone. That’s not happening now, or in the foreseeable future.

There is no news that can reach the level of the news that was produced on the runup and result of the midterm elections.  The mass media is hunting for anything it can find.  The appointment of a special counsel to manage the Trump nightmare prosecutions (someday over the rainbow), the blanketing of 96 mostly small and ineffective missiles launched by Russia into Ukraine (yawn) or even the small quakes strangely occurring in Texas without injury, are not getting it.  They are certainly not drawing in enough advertising to replace the windfall profits the networks and cable channels took in during the election.

The North Koreans are truly a threat to South Korea, with Seoul, Korea, the capital and heart of South Korea being only a few miles from North Korea’s border.  Launching all sorts of atomic bombs a few miles would not be much of a challenge for North Korea, but reaching out beyond that?  Forget it.  The entire national defense budget of North Korea, per year, is up to 1.6 billion, about one tenth the cost of a single new U.S. aircraft carrier.  There is no threat now or in the likely future, not to the U.S., but don’t depend on the American mass media to tell you any of this.