From The Wilderness, Article Fifty-Six 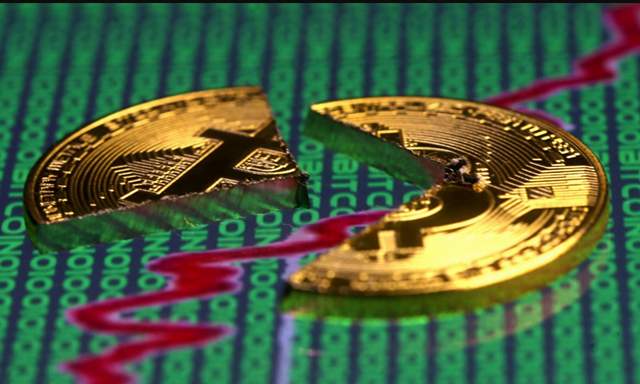 The writer of this article has been studying cryptocurrency for almost ten years, since its inception as cyber currency in 1983**.  In 2006 the word cryptocurrency became popular and with Bitcoin’s creation in 2008 by an anonymous creator, using the name Satoshi Nakamoto, began a financial trend that has grown to be a supposedly freer of regulation and protecting of depositor’s rights than the entire U.S. or world banking systems.  In 2009 about five thousand Bitcoins were worth about five bucks.  Today, even with the revealing nightmare of the Bitcoin called FTX failure, a single Bitcoin is supposedly worth over sixteen thousand dollars.  Over the years of investigation one thing has always been at the forefront of coming to any conclusion about what Bitcoin really is, why it takes so much computing power to exist and grown in value and why it is even allowed to exist within and around the outer boundaries of the carefully regulated banking systems worldwide.

Bitcoins are fiction.  They are a concept and repository created by brilliant software creators who have taken advantage of the public’s inability to comprehend the complexity of the current electronically backed existence of what we all know to be actual currency.  Inside all banking institutions and the collected order of those institutions’ currency isn’t much used at all.  When you go online or walk into a bank to check a balance or make a deposit, withdrawal or whatever you are seldom going to be involved with actual currency.  In fact, bank robbery as a crime has declined to near non-existence because of these changes (there were more than 10,000 bank robberies a year prior to 1990. In 2021 there were less than a thousand as there simply isn’t enough cash in banks anymore for the robbers to steal).  This transfer of ‘real’ money into virtual money came about because of computerization and the Internet.  That conversion, wherein one trusts the financial institutions completely instead of hold cash itself in hand or in some safe real place, created cryptocurrency.

There is no ability inherent in cryptocurrency that allows for paying out huge profits to those who deposit with cryptocurrency operations.  Cryptocurrency is nothing more or less than a transfer of trust from historic banking and financial institutions (heavily regulated because of past trust violations) and private people (who have not had those regulations applied to them).  As the dissolving of FTX is proving, when you contribute to a cryptocurrency you are trusting a few people you don’t really know or have any idea about to take your money, grow it and have it ready for your withdrawal at any time.  The ‘churning’ of the bitcoins by heavy computerization is a myth.  There is nothing that needs to be churned.  There are only people taking in money while having a really strong sales presentation about secrecy, confidential protections, and verbal guarantees.  Cryptocurrency does not exist and, as the people who invested funds with FTX are discovering, they’ve lost tens of billions of dollars by buying into the giant scam that cryptocurrency really is.  The reason that this writer has never been able to really understand cryptocurrency is because the nature of it requires that he not be able to.

You cannot understand what cryptocurrency is either, and that’s because you are not intended to. You are encouraged to believe.  The employees and small board of the FTX operation are already being revealed for what they are, a giant pyramid scheme.  The money they have hauled in has been used for the usual expenses for these insiders: exotic cars, expensive vacations, paid off homes and much more.  There is little more to be said about this except to let the reader know certain things about the future of this mythological construct of worth.  All the cryptocurrency operations are going to go bankrupt over time.  The value of cryptocurrency will continue to plummet, including the gold standard of Bitcoin itself (there is no gold or anything else to back it).  The concept and twisted logic that allowed cryptocurrency to rise (actually stoked by a common belief that current banking operations are made up mostly of thieves and liars) will be seen for what it was and remains.

You didn’t and don’t understand cryptocurrency because it doesn’t really exist and never did.  The whole thing is merely a sales program wherein you are requested to give large amounts of money to people who have little or no reason to do anything but lie about the possession of it and then never to pay the money back.  People who occasionally have made lots of money investing in bitcoins are part of the successful sales plan to gain more investors.