From The Wilderness, Article Fifty-Three 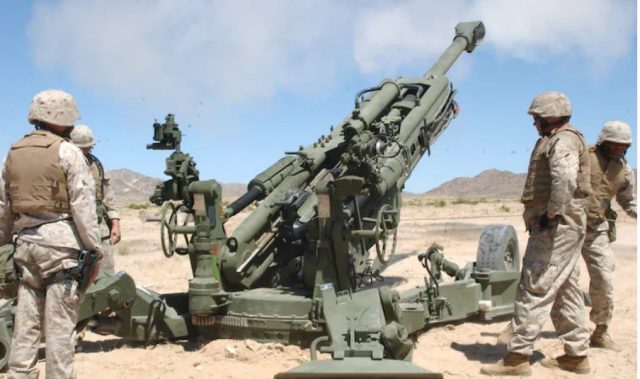 WHAT THE RUSSIANS DON’T HAVE

The Russians have retreated from Kherson in the Ukraine.  They were not driven out.  They simply picked up their outdated equipment (leaving tons behind) and crossed back into better defended Russian territory near their own border.  The Russians are negotiating, and the retreat may have been a part of that (think about how negotiators in hostage situations start out by demanding a sign of ‘good will’ on the part of hostage takers to turn over injured or sick hostages).  What’s been slowly revealed, and not so slowly at times, is that Russia, because of financial issues at home, has lagged substantially in the development of modern weaponry. They are fitting a war like they are playing in an electronic computer game.  They are playing Pong against a bunch of young computer nerds who are masters of Minecraft, Mortal Combat and Call of Duty.  Is there any wonder that they cannot stay or last on a battlefield where the Ukrainians are provided and trained in real modern warcraft and provided the equipment to do so?

Rocket-assisted and guided munitions have made a stunning change to combat in that arena, once again. The first major revolution in technological development, fielded in combat for the first time, was the supply and use of the Javelin and similar NATO anti-armor and vehicle weapons.  The literal ‘sea change’ in combat with fortified armored machines basically ended with their use.  If the tanks, armored personnel carriers and even supply trucks were not outright destroyed, blow to hell and gone from the inside, then they were lost because the remaining crews of these vehicles were able to quickly see what was going to be their fate and abandoned them one and all.  Long lines of empty tanks, carriers and trucks are still visible where they sit today.  That ended the Russian attempt to use the shock and awe kind of rapid armored attacks patented by the Germans during their rush across Europe in WWII.  The war went to ground, and boots on the ground.  What’s the most dangerous battle weapon against ground troops?  No, it’s not air power.  It’s artillery.  The Ukrainians were able to convince the U.S. to provide its new and advance 155mm howitzers to them, along with training in how to use them, to use against the Russians.  It has proven to be another sea change.  The Russians are using aged Soviet era artillery against Ukraine.  Their howitzers and guns have firing ranges from fifteen to twenty miles and require forward observes located near to where the shells are to impact.

The Ukrainian’s are using artillery pieces that fire their rounds up to fifty miles, and those rounds are GPS guided, with inertial guidance back up and then laser designation from orbit.  These rocket assisted rounds are impossible to predict and very difficult to defend against.  On top of that, the Ukrainians have also been supplied and trained in using specially built counter-battery fire sensors and computers.  If the Russians fire at the Ukrainian artillery batteries, then, before the Russian rounds even land, the Ukrainian American equipped batteries fire back.  In seconds after the Russians have fired, they are getting rounds back, accurately delivered to their own positions and there’s no time for those batteries to move out of the way.  The Russians have counter-battery sensors and can process the data, as well, but lacks the electronic sophistication to be rapid or accurate in response, and then there’s the range issues.

There’s no contest going on in that ground war over there.  The air war is almost totally broken down, as well.  The Russians could not absorb the number of losses they have suffered to date.  They cannot field enough bombers or fighters to do much of anything, as far as air dominance or delivery is concerned.  The American anti-air equipment is simply too effective.  All over YouTube there are video presentations of Ukrainians graphically shooting down fighters and helicopters belonging to Russia.  There is no surviving those hits for the crews.  That has led to the second set of losses. The crews will no longer fly them over Ukrainian held territory.

That leaves the nuclear option.  The quiet, nearly unspoken, ability and potential desire to use either strategic or tactical nuclear weapons.  They have actually been left little choice in this war.  That threat alone is what will eventually lead to some sort of negotiated end to the conflict.  What the result of those negotiations will bring in the form of a lasting armistice is anybody’s guess.  Russian wants its corridor down through Ukraine.  Ukraine wants its land back, as well as to be rebuilt.