From The Wilderness, Article Fifty-Two 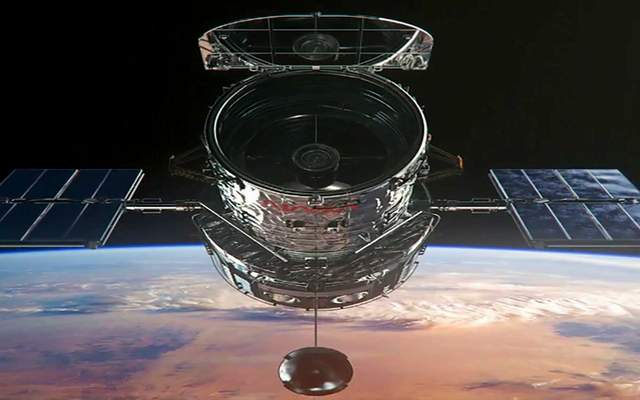 WE CAN SEE YOU

The things that simply blow by us as we try to take in the enormity of pervading news that the presenters, the mass media, pour out constantly twenty-four hours a day.  The New York Times, this morning, published a long story about how the Ukrainians are revolutionizing war on the ground by using a hitherto unknown computer program call Delta.

Delta is not Ukrainian. Delta is not just a computer program. The Delta article and other discussions about its existence and use (the Ukrainian war is the first fielding of this system) leave out parts that make the entire Delta system unintelligible.  That it is there and used is true, but how does it really work and how is its use going to change war on the ground as it has been known for thousands of years.  Understanding the Delta system requires having some knowledge about the NRO.  That’s the National Reconnaissance Organization, home-officed in a big building along the Potomac River in Washington D.C.  The NRO is about as secret an organization as the NSA (National Security Agency).  Not much comes out of it that is published, unless its images are released by a sitting president to make accusations or a point about someone supposedly acting badly out in the real world.

Some information pertinent to understanding the Delta system was released four years ago, when the NRO replaced two giant telescopes that they caused to orbit the earth. Those two scopes were replaced with larger and better ones.  The obsolete scopes were offered to NASA, so they could be reworked to support that agencies efforts to study the universe using the Hubble and now Webb scopes. The one point that blew right by most of the reading public was the fact that those two obsolete scopes were both larger than the Hubble, although they were only ever used to peer down upon the earth.  What happened to those scopes is anybody’s guess, as no more information was ever released.  The revelation of the enormity of the NRO ability to peer down upon the planet was huge, however, and it plays right into explaining the main equipment needed to allow the on the ground Delta system to do what it does.

The Delta system depends on these giant scopes in space to not only provide optical magnification and resolution of vision, down to being able to identity and observe a matchbook, the scopes also possess the ability to use and apply what is called ground-penetrating-radar and electromagnetic detection.  These satellite scopes are now all weather and all condition revealers of activity below.  The Delta program itself, is a computer application, but it doesn’t hear, see or observe anything.  It is totally dependent on the data fed to it by the telescope/electronic observing equipment in orbit.  The system can literally ‘see’ individuals down on the surface and even distinguish between civilian and military figures, not to mention equipment.  The individual soldiers, Marines or sailors have no idea or clue that they are being observed and the Russian military, although probably aware, can do nothing to prevent this intrusion from above.  The Russians also have no ability to build something like the Delta system itself.  It lacks the money and technological skill at this point.  It also lacks the truly astounding effectiveness and support of the U.S. GPS system, which integrates as a tool that is part of the Delta system.

War has changed, and the Ukraine is proving to be the very best experimental proving ground for weaponry that could only have been imagined a few years ago but is now fully as part of the U.S., and only the U.S., inventory…although Ukraine, of course, as the test tube laboratory, also is now possessing and using it.  Delta is working as it was designed to do.

Star Trek advances are reaching a level of creation and development never before imagined.  Where future wars will go with all of this is impossible to predict.