From The Wilderness, Article Forty-Six 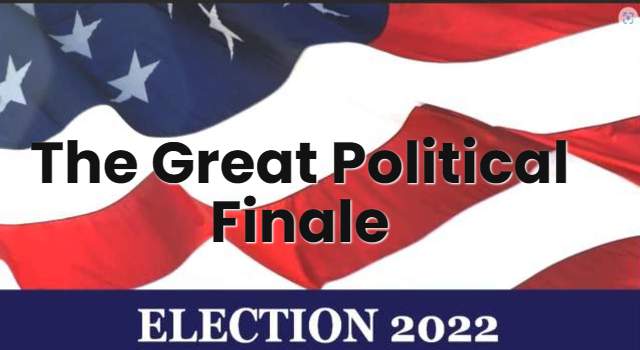 The truly great news that will occur sometime on Tuesday of this week will be apparent to absolutely everyone who listens to a radio, watches television or spends time streaming on the Internet.  Regardless of winners and losers, the public will be a great winner.  The awful, lying and intrusive political ads will be gone, for quite some time. That’s the great political finale that the entire public is looking forward to.  Muting the television, hitting another button to change radio stations or taking off the earphones when watching streaming movies or television shows will be over, at least into the foreseeable future. The result of the overwhelming, and largest in all of history, pervasive presenting of these horridly unethical and prevaricating ads will be something much more subtle.

All of these candidates have been using the negative ad approach, something that was mostly held to minimums in the past.  Not so anymore. There used to be policy positions presented and new directions proposed.  There has been very little of that in this, the most heavily advertised ad campaign of all time. The funding for this vast array of lying presentation has been paid for mostly by billionaires and large corporations that have been able to remain mostly anonymous, using the mistaken, or downright evil, decision to allow secret money to fund the rise and support of our leaders and potential leaders, allowed by a decision of the Supreme Court of the United States (Citizens United case).  Then, the Supreme Court most recently decided that the money collected for campaigning, paid by these secretive ‘dark money’ groups, for both party candidates, can be spent for personal expenses instead of strictly for campaign expenses.  Katy bar the door.

What is going to be the result of these over-advertised and so very contentious elections?

One certain, but probably rarely discussed result is going to be a new difficulty in believing the leaders who are selected, since the foundations of lying they just allowed and supported in their ads will still be there in their recent backgrounds.  How do these people recover any shred of credibility for what they say or write?   That’s a tough one.  It may be that the public is simply so deadened and tired of the advertisements ‘messages’ that it will simply move on and forgive the studied form of communications evil that advertising, for the most part in every area to include politics, has become.

The fictional television series called Mad Men did a great job is opening the eyes of many about the selling of products need not, and possibly should not (in order to maximize profit) have anything at all to do with reality.  That advertising that has become not only so expensive for business and everyone else has actually had a lot to do with the fact that there is little truth, either presented nor any longer really expected from our media sources.  There is no real punishment for lying in advertising at all.  The politicians, following this awful spectacle we’ve all been forced to be a part of (audience only), will not really be punished because there is no authority to go through, analyze and present the results of whether they lied or not. Freedom of speech has ever so slowly become synonymous with ‘say or write anything you want no matter how hurtful or wrong,’ and this new reality that has overcome our communications outlets has bled into the results of science and almost all other disciplines once rigidly kept in line through institutions and leaders of the academic world.

Today, for example, academics has been so reduced in importance that the athletic budgets and pay for those in the programs far exceeds all other expenses any major university has.  Those athletic programs also produce the majority of the revenue for those institutions.  For example, the president of the University of Wisconsin is paid $650,000 per year. The football coach is paid $3,200,000.  That’s for 2022.  The salary for the coach goes up every year by contract, but not so for the president.  The salary of the coach is a ‘base’ salary that does not include all sorts of other benefits.  The president’s salary is it.

One must reflect on the good news though.  No matter who gets into office or remains in office, the public is about to get a reasonable period of time where there are none of these rotten ads pushed into our lives.  And then, of course, the new wave will begin to build, like a communications tsunami. The ‘water will recede, beginning on Wednesday of this coming week, but the coming wave that will break across the shores of all of our lives will begin to strike well before the major ‘hit’ coming in 2024.